Substitute products: You don't tolerate wheat flour? These alternatives are suitable for baking

It doesn't matter whether it's made from wheat, spelled, rye or whole grain: people who suffer from gluten intolerance (celiac disease) cannot eat ordinary flour. 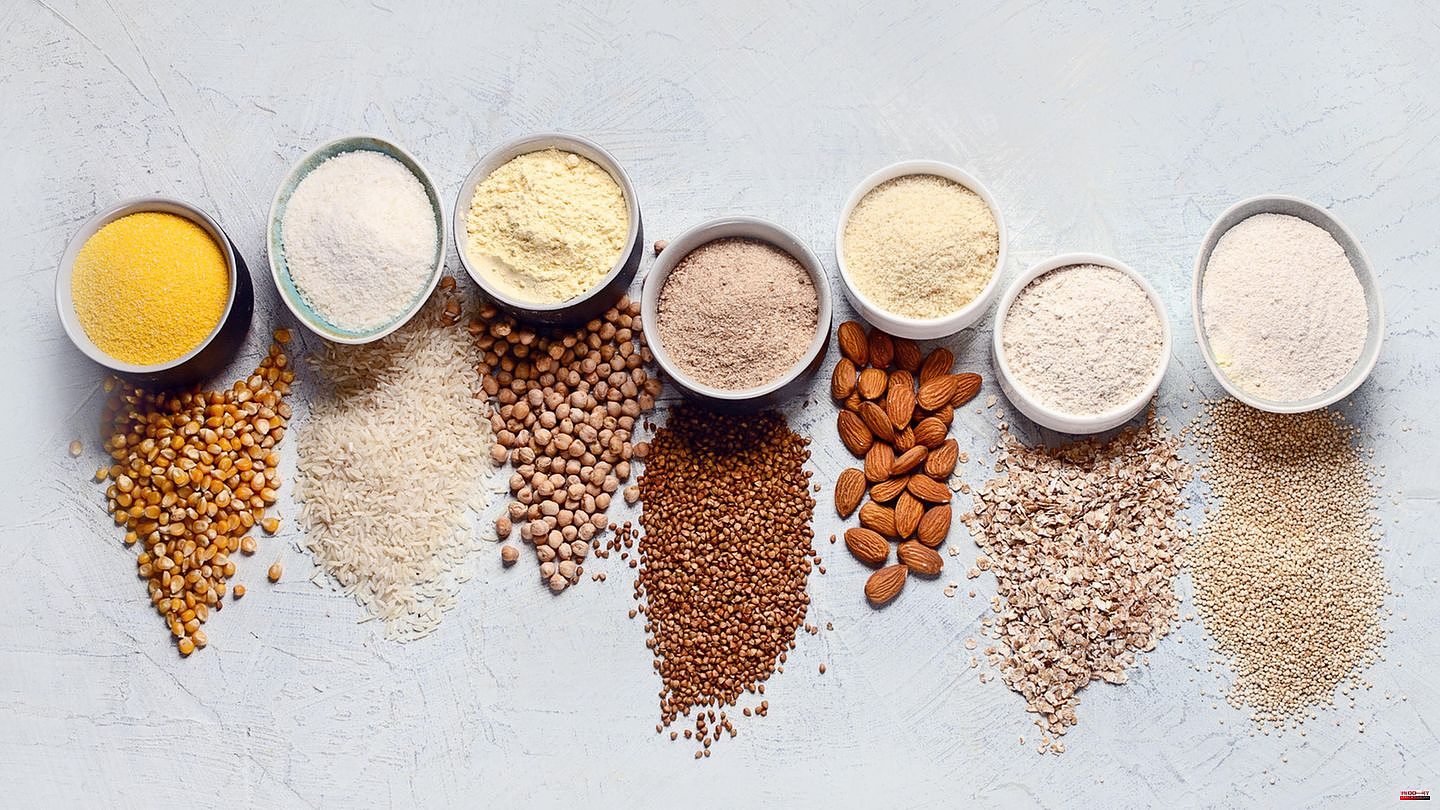 It doesn't matter whether it's made from wheat, spelled, rye or whole grain: people who suffer from gluten intolerance (celiac disease) cannot eat ordinary flour. For this reason, there are now a large number of substitute products made from chickpeas or rice, almonds or red lentils. The alternatives are just as suitable for baking as normal flour. Nevertheless, they cannot replace the missing wheat 1:1. Why is that and how do you use the replacement products? We'll tell you.

The gluten contained in wheat flour can be understood as a kind of binding agent, which is responsible for the consistency and shape of classic baked goods. The question arises: If the alternative types of flour made from church heir or rice, almonds or red lentils are gluten-free – how can they then be used equally? It's very simple: you combine the replacement product with a natural binding agent, such as eggs, psyllium husks (ground) or flaxseed (crushed). Alternatively, you can also combine wheat flour with a flour alternative, if you can still get hold of some. However, you should keep in mind that they cannot replace the wheat content 1:1. In addition, the taste - depending on the variety - varies quite a bit. So you just have to experiment a little.

The following table shows you an example of how many grams of a substitute product you need to replace 100 grams of wheat flour:

Rich in iron, magnesium and zinc, buckwheat flour is very nutritious. It is particularly suitable for the preparation of sweet baked goods, such as waffles and pancakes, or for savory pizza dough. For the dishes mentioned you can omit the wheat flour completely, for other baking recipes you should use the wheat flour in a ratio of 1:2 with the flour alternative.

To make flour from chickpeas, they are first roasted and then finely ground. Since it has a slightly nutty taste, it is equally suitable for sweet and savory recipes. To replace 100 grams of wheat flour you need 75 grams of chickpea flour, alternatively you can always replace 20 percent of your conventional flour with chickpeas.

This (de-oiled) flour alternative is also known for its nutty flavor - and is equally suitable for baking bread or sweet baked goods. Good to know: Flaxseed flour is rich in nutrients and contains many vitamins in addition to fiber, proteins and minerals. However, due to its lack of stickiness, the substitute should only replace 25 percent of traditional flour.

The corn also passes on its typical yellowish color to the flour, which is obtained from the summer grain. The gluten-free flour alternative has the advantage that it can replace 50 percent of conventional wheat flour - it is particularly good for making corn flatbread, nachos or tortillas. But it can also be used for bread or cakes.

Flour can also be made from red lentils, which gives it a slightly reddish colour, which is also reflected in the dishes prepared - and a slightly sweet taste of its own. This makes it suitable for the preparation of both sweet pastries and savory dishes. Due to its good binding properties, soups and sauces can be thickened with the flour.

Coconut flour has a much more intense taste: It contains a lot of fiber and few carbohydrates - there are 20 grams of protein per 100 grams. Due to its strong character, this flour alternative is not for everyone, otherwise it is very well suited for the preparation of exotic dishes.

Since it can taste bitter from the baking process, low-carb lupine flour should only replace your conventional flour by 15 percent. Rich in protein and amino fatty acids, this substitute can be used proportionately to make savory and sweet dishes such as bread or cakes.

Although almonds have a typical taste of their own, the flour obtained from them should taste rather neutral. It is best used to make airy dishes such as bread or cakes. The de-oiled (or partially de-oiled) flour alternative can replace 20 percent of the wheat flour so that every recipe is a success. But be careful: it binds a lot of liquid.

The substitute product derived from rice is rich in fiber, minerals and vitamins. The gluten-free flour alternative can be used for savory and sweet baked goods (e.g. cakes, muffins or biscuits), ideally with an additional binding agent such as psyllium husk.

At the bottom of this series is soy flour, which has very good binding properties and is often used as an egg substitute for vegan dishes. The product should replace a maximum of 30 percent of conventional flour when baking cakes or bread, as it is very rich. 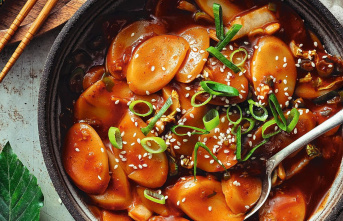 Veganuary – Part 5: Asian gnocchi: This is how tteokbokki...