If the dismissal of Paz Esteban as director of the National Intelligence Center (CNI) caused deep internal discomfort and stupor in the allied intelligence services, yesterday's explanations by Pedro Sánchez in Congress, according to which the House and the judge of the Supreme Court that controls their activities acted on their own and without the knowledge of the Government, they have only reinforced those feelings. 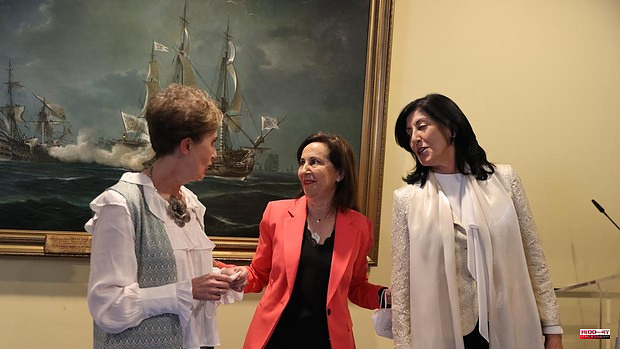 If the dismissal of Paz Esteban as director of the National Intelligence Center (CNI) caused deep internal discomfort and stupor in the allied intelligence services, yesterday's explanations by Pedro Sánchez in Congress, according to which the House and the judge of the Supreme Court that controls their activities acted on their own and without the knowledge of the Government, they have only reinforced those feelings. «Of course La Moncloa knew what was being done; not until the last operational procedure, of course, because that is none of her business; but the Executive was perfectly aware that Catalan secessionism was being controlled, which, it must not be forgotten, was at that time the main threat to the security of Spain, ”say sources of the highest solvency consulted by ABC.

Other State security sources, for their part, recall that the director of the CNI dispatches every two weeks with the Defense Minister, Margarita Robles, "which is not strange, because the center depends on her department." It must be remembered in this sense that the head of that department insisted that the House be integrated into her ministry, instead of the Presidency of the Government, as other executive officials wanted. The CNI reports, moreover, are sent in their entirety to La Moncloa, and the rest of the ministries receive those that affect them. In the same way, the King also receives documents and once a month the person in charge of the intelligence service goes to the Palacio de la Zarzuela, within the usual offices of the Head of State.

All the sources consulted insist that the Government cannot claim ignorance of the CNI's activities, “because, furthermore, if it were, it would show that it is not even capable of controlling the state tools that are at its service. And this because the recipient of all the information it produces is, precisely, the Executive. What is Pedro Sánchez suggesting? That the Intelligence service is a power that acts autonomously, without giving explanations of what it does and that, therefore, it is above power? What is out of your control?

Among some consulted media, however, there is a feeling that the judicial protection exercised by the magistrate of the Supreme Court over the activities of the center within Spain – outside, of course, it does not exist – could be greater. "Some of the authorizations that have been made to, for example, intercept communications, are somewhat generic, which gives the intelligence services a wide margin of action," they explain. And they remember: "But let's not forget that the CNI does not report the results to the judge, as happens with the Security Forces, but sends them directly to the Government."

The concern now is to see to what extent the government's erratic handling of the Pegasus crisis and the espionage of three of its members – the president himself, and the defense and interior ministers, in the midst of the crisis with Morocco – can affect the effectiveness of the CNI and, also, to its relations with other intelligence services. If there is something that affects the operation of the center, it is its public exposure, much more so if it is to leave it at the "horses' feet", as some sources graphically describe.

“Having recognized a vulnerability in the security of government communications makes us weaker; Precisely for this reason there has not been a single president from other countries around us who, despite having suffered similar episodes, has called a press conference to make it public. It is reckless, to put it mildly », they add.

Looking abroad, and given that relations with allied intelligence services are always very delicate, these types of events make them suffer «and it takes a long time to regain trust. How are they going to trust us, to give us compromising information, if they see that we publicly admit that we are victims of espionage? Not to mention that the message is conveyed that the Government does not support the CNI, which is very serious...».

With this scenario, the new director of the center, Esperanza Casteleiro, has a complicated job ahead of her. On the one hand, she will have to calm the internal waters, which will not be easy for her because she comes to the leadership of the CNI directly from the Government, although her years of service in the House are valued; and on the other hand, she must win the trust of the allied intelligence services, with whom the dismissed Paz Esteban had managed to forge magnificent relations. All this with a Sánchez who avoids all responsibility, although for this he has to destroy the prestige of some State servants.

1 Ukraine war: Fear, suspicion, and divided loyalties... 2 To mark 70 years of the throne, Robot paints a portrait... 3 Alan White, drummer of Yes, has died at 72. He was... 4 Duchess Meghan visits Texas school shooting site and... 5 Dad says that daughter and her best friends are 'all... 6 Abba Voyage's Virtual Concert must be seen to... 7 The secrets of Pompeii victims revealed by ancient... 8 Instagram moderators claim Iran offered them bribes... 9 Vegans are the meat and dairy farmers who have gone... 10 Austin Butler is praised for Elvis biopic, but there...