Stable contracts of 3,000 euros are not enough to convince pediatricians and primary care doctors

Neither family doctors nor pediatricians. 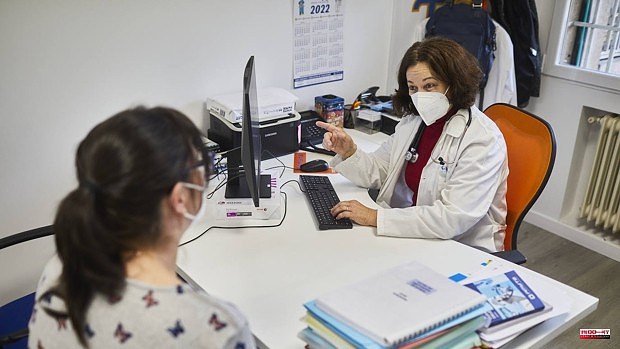 Neither family doctors nor pediatricians. The Basque Department of Health is having serious difficulties in filling vacancies for doctors in both specialties. In January, it notified that it had almost 200 unfilled structural positions and according to the data presented this week in the Basque Parliament, half are still vacant half a year later.

The difficulties in hiring professionals focus specifically on the areas of paediatrics and primary care. The Basque Health Service (Osakidetza) offers these professionals contracts of 3,000 euros per month and attractive hours that are often limited to the morning shift, as explained in the Health Commission of the Vitoria chamber. Despite some "attractive" conditions, says the Ministry, only half of the offer launched for this year has been covered so far.

During the specific contracting plan that has been launched this year in several phases, 30 paediatrics and 116 primary care positions have been offered. However, according to the data presented in the regional Parliament, barely a third of the vacancies for pediatric professionals have been filled; that is, 10 places. In family medicine, 65 new professionals have been hired but 51 are still vacant. Many of the places that have become free were long-term contracts with stable morning hours, which is why the Department of Health recognizes that it is "very difficult to get to know what an attractive place can be for them."

"Primary care is going through a turbulent time," acknowledged Rosa Pérez, general director of the Basque Health Service during her appearance. She recognized that "it should have more recognition" and has assured that her department is already working to detect the causes that make it difficult to fill these vacancies. "Anyone who wants to work at Osakidetza has their doors open," she insisted. In fact, according to her data, when the residency ends, more people stay to work in the Basque Country than those who initially resided, although this percentage is still insufficient.

The solution does not seem, in addition, that it can arrive in the short term. This year the Basque Country has offered the maximum possible capacity of MIR positions in family medicine, 109 positions in total. All these professionals will have, as indicated by the Department of Health, with a long-term contract “at their table”. Although they will still take four years to complete their training, so the shortage situation will foreseeably continue until 2027.

There is great concern about the situation that may be experienced this summer when the staff doctors begin their summer breaks. "This summer Osakidetza has hired every professional available in the labor market," Pérez pointed out. The Basque Government hopes that the positions that have not been filled can be filled with short-term contracts that allow for replacement of sick leaves or cover of vacations. In fact, San Martín has indicated that they have found that some residents of the last year prefer short-term contracts.

Although it does not suppose, in any case, a long-term solution. And it is that, the forecast is that vacancies increase in the coming months when numerous retirements are expected to occur. One of the options that Osakidetza is considering is to strengthen the role of nurses and "consolidate" them as a "core" group of health centers.

"It would be a mistake to say that everything is fixed with more staff," said Pérez, who has recognized that "the change in model is related to organizational measures." “I am not going to lie to you that it would not hurt to have more family doctors, pediatricians or nurses, but today we do not have that possibility,” he concluded.

1 A patient attacks several nurses after breaking the... 2 Mónica Oltra formalizes her change of version before... 3 De Prada changes the step of the National Court: he... 4 Japan and NATO increase ties in the wake of Russia's... 5 US-backed Syrian Kurds will turn to Damascus in case... 6 To deepen relations, Australian leader visits Makassar... 7 Justice keeps the rapist of Igualada in provisional... 8 Dismantled a sexual exploitation organization after... 9 Massive collapse of part of the viaduct linking Lugo... 10 The Council of Guarantees rules that the Catalan language... 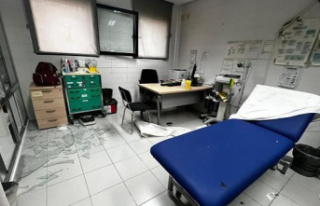 A patient attacks several nurses after breaking the...