The Minister of Foreign Affairs, Luigi Di Maio (35 years old), has confirmed on Tuesday night his abandonment of the 5 Star Movement, a party that is part of the Government of national unity chaired by Mario Draghi. 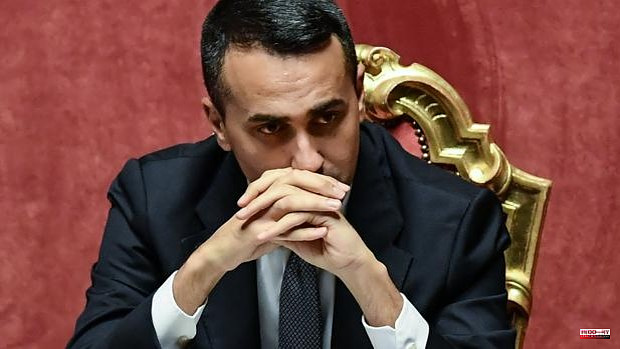 The Minister of Foreign Affairs, Luigi Di Maio (35 years old), has confirmed on Tuesday night his abandonment of the 5 Star Movement, a party that is part of the Government of national unity chaired by Mario Draghi. “It has been a painful decision, which I never imagined I would have to make. I and many other colleagues and friends are leaving the Movement, which will no longer be the main political force in Parliament as of tomorrow," said Luigi Di Maio, who read a statement to the press in a central Roman hotel. He added that in the new political project "there will be no place for hatred, sovereignism and populism." Shortly before his statement, Di Maio went to the Quirinale Palace to inform the President of the Republic, Sergio Mattarella, about his decision to say goodbye to the M5S.

Luigi Di Maio has explained the reasons for his dismissal, which comes after a tough confrontation for months with the party's president, Giuseppe Conte. In recent weeks, the war in Ukraine, and in particular the shipment of arms to kyiv by Italy, has definitively distanced Giuseppe Conte and Luigi Di Maio. The foreign minister has harshly criticized Conte, who is reluctant to send weapons to Ukraine, for following the trend of Italian public opinion, which according to polls is against sending weapons. He has also reproached the president of the Movement for having weakened the Executive: "We had to choose which side of history to be on, with Ukraine under attack or Russia as the aggressor," Minister Di Maio said. The leaders of the Movement risked weakening Italy, putting the Government in difficulties for reasons related to their own crisis of consensus. The war is not a media spectacle, it is irresponsible to insistently attack the Government».

In addition to the war in Ukraine, in recent weeks Minister Di Maio has harshly questioned Giuseppe Conte's leadership, considering that he has lost pro-European and Atlanticist momentum, which translates into a critical position towards the Draghi government, in particular regarding the Ukraine war. The Foreign Minister concluded by emphasizing that from today he is starting a new path: "To make Italy progress from north to south, we need to bring together the best talents and the best qualities, because one is not worth the other." During this Tuesday there has been a collection of signatures among the parliamentarians who follow Di Maio, for the creation of an autonomous group, which will be called "Together for the future." In the Chamber, to constitute the group, at least 20 deputies are necessary, and in the Senate, 10 seats are sufficient. The parliamentarians who have joined Di Maio are about 65, at the moment.

Under Di Maio's leadership, the Movement became the country's leading party in the March 2018 elections, with almost 33 percent of the vote. After that victory, it was Luigi Di Maio who proposed the lawyer Giuseppe Conte as prime minister, who presided over two governments, leaving Chigi Palace in February 2021, as he did not have a stable parliamentary majority in the midst of a serious crisis due to the pandemic. Today, due to internal divisions, the Movement stands at 11.4% in voting intention, according to a survey by Euromedia Research last Thursday. The schism created by Luigi Di Maio could render the party founded by comedian Grillo in 2009 irrelevant.

The political change of Minister Di Maio has been very profound: he stood out as a leader very much in line with the origin of the Movement, that is, a populist and anti-system party, showing himself against NATO and proposing a referendum on the euro. Later, Di Maio evolved into a convinced pro-European and Atlanticist, faithfully following Mario Draghi's instructions as foreign minister.

1 The classic is renewed to continue being the first... 2 Senior professionals: opportunities for continuing... 3 These are the cheapest hours of electricity this Thursday,... 4 The Bank of Spain warns about postponing payments... 5 Fixed or variable interest mortgages: which are better... 6 Garzón attributes part of the rise in prices of products... 7 The Government will open the tunnel between Atocha... 8 This is how the situation of young people will change... 9 Garamendi: "It is dangerous to link salaries... 10 The keys to the 5% VAT reduction on electricity: a... 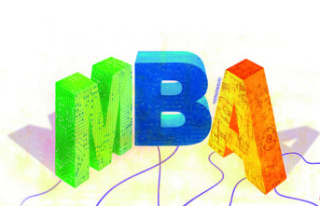 The classic is renewed to continue being the first...