Space can be very difficult to fuel. 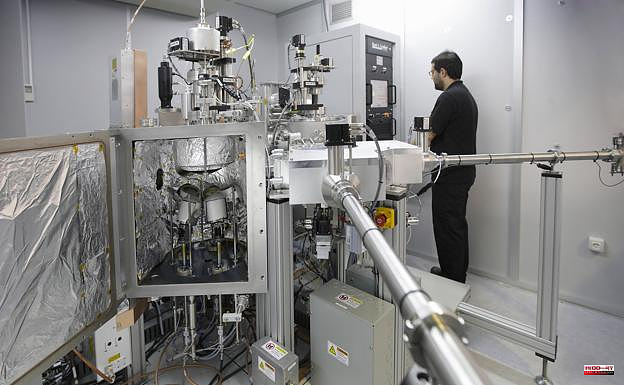 Space can be very difficult to fuel. It is easy to see that space gas stations are absent, so it is important to fill up the tank before embarking on extraterrestrial trips. This is a major problem for missions as transporting materials from Earth significantly increases their costs. The next destination for the space industry is Mars, and rocket fuel can't be limited. The European Space Agency (ESA), a European Space Agency, has relied upon the idea of a Spanish team of scientists to create 'Martian gasoline'.

You have understood. Basque technology center Tekniker is leading the HISRU project (100% funded by ESA). It seeks to create the first reactor that can take advantage of the 95% of Martian atmosphere's CO2 to make useful fuel for rockets. It collaborates with the Chemical Process Development and Contaminant Control research group of the Department of Chemical and Biomolecular Engineering at the University of Cantabria.

The goal is to create a device that makes use of solar energy and graywater, which is the water astronauts dispose off when they brush their teeth or shower, to trigger the chemical reactions that convert the Martian CO2 into methane. This will increase the use of resources 'in situ" in space missions, which will enable astronauts to produce their fuels more independently and minimize the material that must be transported from Earth.

From left to right: Jonathan Albo; Maria Margallo; and Ivan Merino. These are UC researchers who participated in the project. /UC

The project started in January and will continue until June 2023 when the prototype will be presented. In the first phase, Tekniker is working with the UC to test different materials. This will allow them to determine their efficiency, robustness and scalability. It also allows for easy mechanical integration and compatibility with future and current space developments. The vacuum chambers they use to recreate the climate conditions on the red planet enable them to achieve this feat.

Next, the photoelectrochemical reaction will be developed, manufactured, and assembled under supervision of ESA. Then verification and validation will take place in a laboratory that mimics the Martian environment. This is a complex system that requires a lot of work to develop. Pozo explains that we must first test each element of the reactor individually to ensure that we don't have any operating problems when it is manufactured in its entirety (from September 2022).

This means that it will take years for the system to be applied on Mars. Albo clarifies that it is important to first demonstrate, with the final prototype, that the selected materials and reactor configurations, as well as the technology, are possible and ready for use on Mars. We cannot give an exact date as it is still unknown when humanity will travel to Mars. The Tekniker specialist says that the event will be in the 1930s. Therefore, the system will need to be ready by then.

Recreation of operation of the reactor on Martian environments. / TEKNIKER

This project's results could have a positive effect on climate change. Researchers say that the technology could be used to reduce carbon dioxide emissions in industries or develop similar products that can reuse gray water from transport vehicles such as boats or motorhomes. The idea is to replace fossil fuels in the future with renewable energy-based and more sustainable options. Albo says that it is a promising area of research and could offer alternative fuels to gasoline and diesel.

It can also be used on the Moon. This is not the case. The specialist at UC says that the Moon has no atmosphere and that the reactor's operation is based on negligible amounts of CO2.

Pozo said that NASA is interested in the same system and had already conducted concept tests at the laboratory-level. Elon Musk, founder of SpaceX, also confirmed his interest. However, as far as we know, they don't manufacture it at the compact reactor scale. Our device is therefore a world leader.

One of the Tekniker researchers who was involved in the HISRU Project. / TEKNIKER

At the beginning of 2021 the ESA launched a campaign called "Towards Sustainable Hydrogen Production Technology" within the Open Space Innovation Platform. It invited researchers to submit innovative ideas for producing hydrogen and reusing hydrogen. Both on Earth and in Space, CO2.

Borja Well, a researcher, said that Tekniker's expertise in space system development, such as building wind generators for Mars, has helped us to create the idea of creating the reactor.

1 Twitter is fined $150m for selling user data in the... 2 Javi Ruiz is in the round of 16 at the Marbella Master... 3 In tests, the world's fastest passenger jet achieves... 4 Maria Perez is seen standing on the podium at Cantones... 5 Cinemas now accepting digital ID cards 6 Top Group Express, The "Airbnb of Hotel Groups"... 7 Google investigated by Competition Watchdog for Ad... 8 After the alliance with Mutua, El Corte Ingles reduced... 9 The Andalusian campaign's first'sixth'... 10 Pedro Sanchez will debut in the campaign on Sunday... 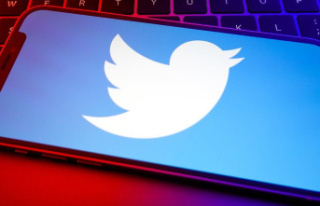 Twitter is fined $150m for selling user data in the...