Spanish is the language that teaches computers how to make medicines

The management of infectious diseases is becoming more complicated as bacteria becomes resistant to antibiotics. 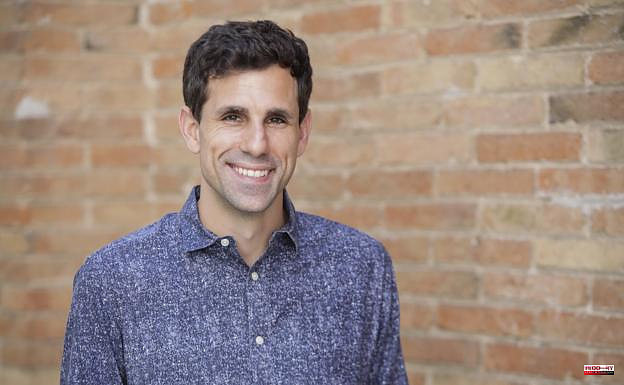 The management of infectious diseases is becoming more complicated as bacteria becomes resistant to antibiotics. Worst of all, no new antibiotics were discovered in decades. The antibiotics we use today are actually derived from ones that were created before 1984. Although the future may be uncertain, Cesar de la Fuente, a Spanish biotechnologist, has a solution: computer-generated antibiotics.

Galician in origin, the 36-year old researcher studied biotechnology at the University of Leon's first promotion. After completing his Ph.D. at University of British Columbia (Canada), he spent a time at MIT and was then enrolled at Penn Institute of Technology where he is currently the head of the Machine Biology research group. His research on the development of new antibiotics that can combat the so-called "superbugs" has won him numerous awards.

He was honored by the American Chemical Society as America's Best Young Investigator in 2019. Forbes magazine lists him among the top 50 most awarded Spaniards and has given him the Princess of Girona Award.

How can you teach a computer how to make drugs?

Machine learning, artificial intelligence, and big data are the foundation of everything. There are many ways to achieve this. We use Darwin's theory about evolution as a guideline. This means that we teach the computer how to perform the algorithm of natural selection. We show you how to encode molecules and translate the chemical language into binary language (of one-zeros). We then train him to perform the evolutionary process. This is where he takes the initial molecules and transforms them into a binary language (of ones and zeros), which the computer understands. The new molecules are created based on the data he has analyzed. They are the ones that will kill the most bacteria. The laboratory validates these results and synthesizes new molecules. We then test them against different bacteria, including ones that are resistant to existing antibiotics. We then tested the new molecules against infection in infected mice using an animal model. We have found that many computer-generated antibiotics are very effective.

Another strategy is to use an algorithm similar in facial recognition for mobile phones, but designed to recognize molecular patterns. This algorithm functions in the same way as the Word 'find' option. The search engine will highlight text that contains the word "hello" as many times as possible. The document can be described as the genome (set or proteins) or proteome (set) of human genes. What the algorithm is looking for is molecular patterns that appear repeatedly and could potentially lead to 'encrypted or hidden' antibiotics. To verify the veracity of the strategy and its ability to kill bacteria, we then repeat the validation and testing.

What are the benefits of creating antibiotics electronically?

It takes an average of 10 years to create a new drug. This includes an antibiotic. The cost is also more than a billion, which is more that NASA's budget to send a spacecraft to the Moon. Computer-based drug development will reduce the time and cost of developing new drugs. It took us weeks to find potential new antibiotics when we implemented the first strategy I explained. It would have taken several years if we had used traditional methods.

One advantage is that bacteria takes longer to become resistant to these antibiotics than to the ones we currently have.

What are your biggest challenges?

This is a new field, and we are still learning how to "crawl". There are many challenges to this field, including teaching the computer how to improve its predictions and being able generate new molecular structures (trying make it acquire creativity, which is a property we associate with human intelligence). We also have to improve the models that we create, which sometimes don't work, and we need to change them.

Why only look at antibiotics?

Because they are the area of specialization we specialize in and because there is a huge health problem surrounding them. It is predicted that the antibiotic-resistant superbugs we have will kill 10,000,000 people per year by 2050. This would correspond to one death every three seconds. It will kill more people than any other cause of death, even cancer. Current antibiotics are no longer effective. It is possible to live in a world without them. This is why it is crucial to stress that they are essential for modern medicine and are key to curing infection. Without antibiotics, it would be impossible to have babies, chemotherapy, surgery, or organ transplants. It is a global problem that impacts all parts of the globe and is an immense motivation to keep working every day.

However, it is possible that tools we have developed in the future can be applied in other areas, such as neurodegenerative diseases or cancer. It is too early to know.

When will they be available?

The intersection of artificial intelligence and antibiotics is a new field. This field was not explored until 2018. We are still in an early stage of this field and trying to create the tools that will enable us to design and discover antibiotics that can cure infections and help people. We are far from being there. These antibiotics are still far away from being available on the market. It will happen in a few more years, if it ever does.

What other research areas do you have?

There are several projects in progress that use molecular pattern recognition algorithms. We are currently analyzing extinct organisms such as mammoths to determine if there are any antibiotics encoded in them that we can use, even though they are no longer available.

Biotechnology has been called the scientific revolution of the century by some authors. What do you think?

Biotechnology is here to stay, and we've seen the results of it. CRISPR gene editing technology and messengerRNA technology are just two examples of biotechnology that have already had a huge impact on the world. They have also been integrated into vaccines such as those made by Moderna and Pfizer, which have helped save millions of lives during the recent pandemic. Biotechnology is a whole industry and it is becoming apparent that those countries that invest in it the most are the most technologically advanced.

1 Fans will have the ability to report incidents during... 2 FEF studies condemn Tebas' alleged encouragement... 3 European justice supports the liquidation Banco Popular... 4 The Court of Auditors approves of the expenses derived... 5 Andalusia will encourage direct assistance to the... 6 Batet will be notified by the PP that the control... 7 A man was held hostage in an attack against a doctor... 8 Fernando Mendez Leite, the new president of The Film... 9 One firm proposes that drones armed with Taser guns... 10 "I begged Jesus to save Blanca's life on... 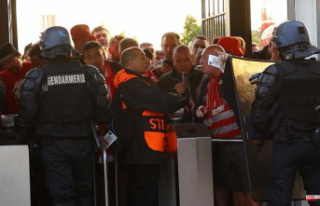 Fans will have the ability to report incidents during...