Spain will increase its deployment in Latvia in front of the Russian border with the additional dispatch of an anti-missile battery accompanied by a hundred soldiers, which will increase the Spanish presence in the NATO deterrence mission to 600 troops. 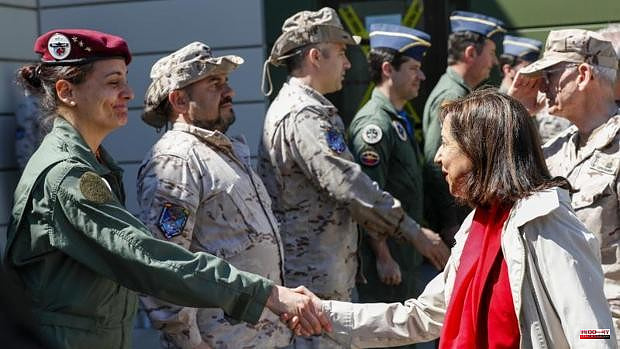 Spain will increase its deployment in Latvia in front of the Russian border with the additional dispatch of an anti-missile battery accompanied by a hundred soldiers, which will increase the Spanish presence in the NATO deterrence mission to 600 troops.

Defense Minister Margarita Robles confirmed this Saturday the deployment of this weaponry, highlighting the country's "total" commitment to NATO, a commitment "for peace, freedom and security." "We have troops at the moment in Latvia and Lithuania, in addition to the ships in the Mediterranean," she added in statements to TVE, collected by Europa Press.

Regarding this operation, the minister has indicated that it is "a work of deterrence and prevention of violence", while she has also confirmed that the Armed Forces "always" have the "maximum" availability.

Spain began its deployment in the Baltic country in 2017 with some 350 troops dedicated to deterring the Russian threat. This contingent was increased to 500 soldiers last March after the invasion of Ukraine as part of the Alliance's plans to reinforce its eastern flank.

This Atlantic Alliance operation was designed with the aim of maintaining a permanent presence in Estonia, Latvia, Lithuania and Poland as a deterrent and defense measure. The objective, as defined by NATO, was "to prevent possible conflicts, protect allies and preserve peace and stability beyond the Alliance's borders."

The so-called 'Enhanced Forward Presence' is defensive in nature, multinational, based on voluntary contributions from each country, interoperable and with the capacity to deploy in the Baltic countries and Poland.

The decision was adopted at the Warsaw Summit in 2016 and in June 2017 the deployments began, adding then a total of 4,000 soldiers divided into four Multinational Tactical Groups, Battle Group (BG), in the Baltic States and Poland.

Spain is part of the Latvian Battle Group, which is located at the Adazi base, north of Riga. It is led by Canada and includes soldiers from 7 other nations: Albania, the Czech Republic, Slovakia, Slovenia, Italy, Montenegro and Poland.

In terms of material, the Latvian mission is the only one in which the Armed Forces have the 'Pizarro' and 'Leopardo' battle tanks, as well as 120mm heavy mortars, 'Spike' anti-tank missiles, unmanned aircraft, a control team for aerial attacks and precision shooters. The additional deployment of 150 soldiers was artillery, sappers and logistical support.

Spain also contributes positions in the Battle Group headquarters, among them it holds the second command of this unit, in charge of an infantry commander. And it contributes with three soldiers in the headquarters of the Latvian Brigade.

1 Streets closed and EMT lines diverted in Valencia... 2 Champions League: Liverpool – Real Madrid, an ever-enduring... 3 Dordogne: A singing workshop around "My Fair... 4 Saint-Porchaire is always available for the Food Bank... 5 Puente believes that García-Gallardo can come out... 6 The referee of the Champions League final will be... 7 Zelensky predicts a world food crisis: Why the invasion... 8 Legislative in the Pyrenees-Atlantiques: the RN Francois... 9 Roland-Garros: Iga Swaitek moves up to eighth place,... 10 Roland Garros. Live: Jeanjean is stopped by Begu.... 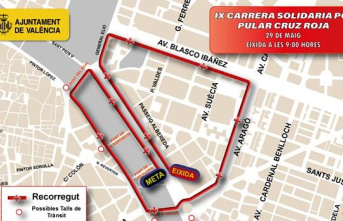