Spain has already deployed the Nasams anti-aircraft defense missile battery and its 85 soldiers at the Lielvardes airbase in Latvia, as reported by the Defense General Staff on Sunday. 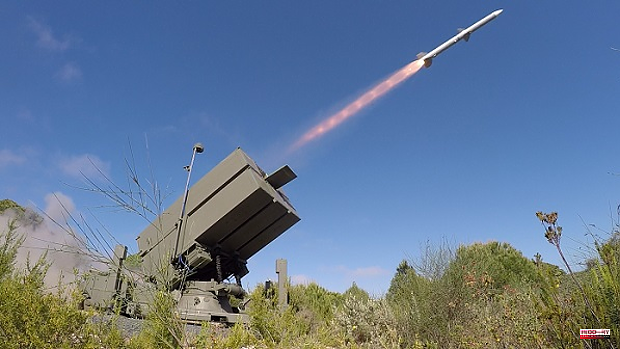 Spain has already deployed the Nasams anti-aircraft defense missile battery and its 85 soldiers at the Lielvardes airbase in Latvia, as reported by the Defense General Staff on Sunday.

This announcement comes just two days before the start of the NATO Summit in Madrid, whose participants will begin to arrive on Tuesday afternoon.

This is the reinforcement committed by Spain to the current Spanish deployment of 510 troops in this Latvian country as part of NATO's 'Reinforced Advanced Presence' mission at the Adazi base. This contingent now comes mostly from the "Guzmán el Bueno" Brigade X (Córdoba).

In the latter place, Spain deployed for the first time, in June 2017 and in the multinational battalion led by Canada, some 360 ​​troops with six Leopard 2E battle tanks and fourteen Pizarro armored vehicles, they were joined by another 150 troops this past spring after a government announcement to reinforce the contingent for the Russian invasion of Ukraine.

Therefore, Spain now maintains some 600 soldiers in two bases in Latvia, just 200 kilometers from the border with Russia.

The new members of the Nasams anti-aircraft missile battery come from the 73rd Anti-Aircraft Artillery Regiment, based in Cartagena. As explained by the same military sources, the Nasams missile battery "provides an intermediate range for the protection of vital points and allows integration into the NATO air and missile defense system."

The Nasams 'advanced anti-aircraft missile system' has an effective range of between 7 and 10 kilometers, is equipped with six tubes that fire Amraam missiles and has a Sentinel radar.

«This reinforcement of personnel and material is part of the support provided by the Spanish Armed Forces to Latvia, in the field of deterrence and the defense of the Alliance, which is added to the Spanish contribution in the Reinforced Advanced Presence operation ('enhanced Forward Presence , eFP', in English).

1 Mazón: «Puig continues to advance in the dismantling... 2 Ouigo puts its 'low cost' AVE tickets on... 3 They arrest a worker and two former employees of a... 4 Martí Caballé, Luis Santana, Zukan and Samuel Diz,... 5 Ten keys to the raging fire 6 More than 11,200 kilograms of stolen oranges with... 7 Arrested for assaulting, intimidating with a knife... 8 They find the body with signs of violence of a man... 9 Ximo Puig faces the post-Mónica Oltra era with a... 10 Jácome is saved from judicial burning by filing the... 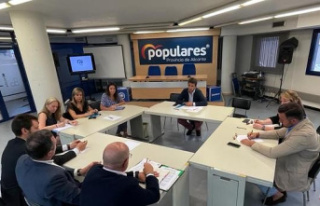 Mazón: «Puig continues to advance in the dismantling...