Pedro Sánchez already has a meeting with Joe Biden in his record as Prime Minister. 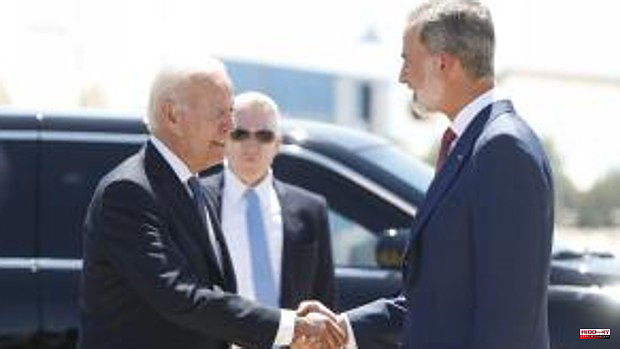 Pedro Sánchez already has a meeting with Joe Biden in his record as Prime Minister. The one he held yesterday for about an hour at the Palacio de La Moncloa, with a subsequent appearance included in the Salón Barceló of the presidential complex, which ended with the US president saying: «Thank you, Pedro, for your friendship and for your great alliance with us . We had a good conversation." And also a bilateral agreement with the US, with which both countries resume dialogue, of similar relevance to the one signed by both nations two decades ago.

This is how Sánchez himself recalled it, citing those who were responsible for Foreign Affairs in 2001, when the previous agreement was signed, Madeleine Albright and Josep Piqué, although not the two top leaders at the time, the Republican George W.

But before all that, an agreement was reached to expand the American fleet at the Rota base (Cádiz), which the Democratic administration advanced before the meeting held in the early afternoon, after Biden's arrival at the Torrejón air base. Ardoz (Madrid), where he was received at the foot of the track by the King. The agreement increases by two (from 4 to 6) the North American destroyers, something that will have to be endorsed first by the Council of Ministers and then by the Congress of Deputies, for which the Government will foreseeably have the support of the Popular Party (PP), the first opposition force.

The interview between the two leaders lasted for approximately an hour, after Sánchez received Biden at the foot of the steps, who in his appearance described the meeting as "warm", while describing Spain as an "indispensable ally" since, He remarked that our country joined NATO, of which this 2022 marks forty years. In the same place, Sánchez had received the Prime Ministers of Australia and New Zealand, Anthony Albanese and Jacinta Arden, in the morning, and at the last minute, after Biden, the Prime Minister of Iceland, Katrín Jakobsdóttir, within his busy schedule. as host of the NATO summit in Madrid, whose venue he also visited together with the Secretary General of the Atlantic Alliance, Jens Stoltenberg.

In the brief intervention of both without questions, before the accredited informants and the special envoys of the United States, Sánchez did not miss an opportunity to praise the current tenant of the White House for having -he said in a veiled allusion to Donald Trump and his acquaintance admonition to NATO - "resumed transatlantic relations".

“Spain and the US are allies, we are strategic partners, we are friends”, summarized Sánchez, who highlighted the role of the Spanish Armed Forces in NATO missions, particularly in the deployment in Latvia precisely on the occasion of the war in Ukraine, about which the Spanish president once again said that Vladimir Putin, with his "unjustifiable" invasion, has "strengthened" the Atlantic Alliance for being, he emphasized, "a frontal attack on shared values ​​and confirms the need to redouble our commitment to that rules-based international order.

Addressing Biden directly, he told him: "Spain has almost doubled, dear President, its military presence in Latvia." The Democratic leader picked up the glove and showed his gratitude "for Spain's solidarity with our allies, who are facing difficulties on the border" with the war in Ukraine.

Likewise, Sánchez showed his "satisfaction" with the bilateral agreement, a particular roadmap that emphasizes "strengthening cooperation in security and defense matters", as well as, according to the text of the agreement, "defending democracy, human rights and gender equality.

The pact also includes a section on the need to "promote safe, orderly and regular migration" and in which Madrid and Washington recognize the "importance of permanent cooperation in response to the challenges of irregular migration in the northern region of Africa".

However, neither in the closed-door meeting, according to government sources, nor in the statement itself, was there any reference to the southern Spanish border and the recent crisis of the Melilla fence, which has already caused dozens of deaths and injuries.

Biden and Sánchez also announced their intention to expand their defense cooperation by permanently stationing more US Navy ships in Rota. All this through the negotiation of the necessary amendments to the Defense Cooperation Agreement between the two governments, which will allow the number of US Navy destroyers at the Rota Naval Base to be increased from four to six.

"This initiative, which aligns with the US Department of Defense's 2021 Global Posture Review, comes in the midst of conversations with all of our NATO allies regarding changes in the strategic environment and the importance of implementing improvements in long-term posture," explained a spokesman for the US Embassy in Madrid.

"USA. appreciates Spain's close cooperation and extraordinary hospitality to members of the US armed forces and their families for nearly seventy years. Approximately 4,000 US soldiers call the Spanish military bases of Rota and Morón their home. If approved, the incorporation of the two ships and their crews will increase that presence and bring more economic benefits to the Spanish communities that host them. Spain and the United States are confident that this measure will improve our long-lasting bilateral defense relationship, as well as the collective security of the entire NATO Alliance," explains the same source.

After his stop at La Moncloa, Biden went to the Royal Palace to meet with the King. Felipe VI highlighted his "enormous satisfaction" at receiving the "president of the great American nation, a great friendly country." Likewise, Felipe VI referred to the NATO Summit as a "very important meeting to show unity and defend freedom".

In another brief speech in the Hall of Columns, before the gala dinner offered by the King and Queen, Biden highlighted the turning point that the world is experiencing and the importance of the summit: "Things are changing dramatically," Biden said, referring to the pandemic, climate change and, above all, Russia's aggression in Ukraine. "We must remain united, we must win to show the power of democracies," said Biden, who stressed that "we share common values."

Before his meeting with the US president, Felipe VI delivered a speech at the Ifema site that hosts the summit, where he stressed that "Europe has remained united in the face of intolerable Russian aggression."

1 The murderer of the Lardero boy, transferred to Logroño... 2 There is a message for you: celebrities learn to monetize... 3 30 percent more lifeguards and surveillance even by... 4 Lasso retains the presidency and defeats the opposition... 5 Jesús Urrea receives "satisfied and proud"... 6 Veganzones fear that inflation will stop the good... 7 Castilla y León votes against the new model of residences... 8 Aguas de Alicante and the Aquae Foundation award the... 9 The deceased of La Palma are still waiting for help... 10 A man hit by a train dies in the Valencian town of... 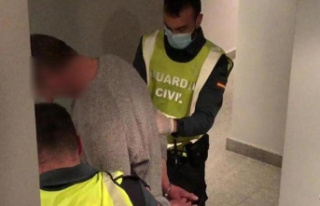 The murderer of the Lardero boy, transferred to Logroño...