The borders between Spain and Morocco will reopen as of this midnight after two years of lockdown. 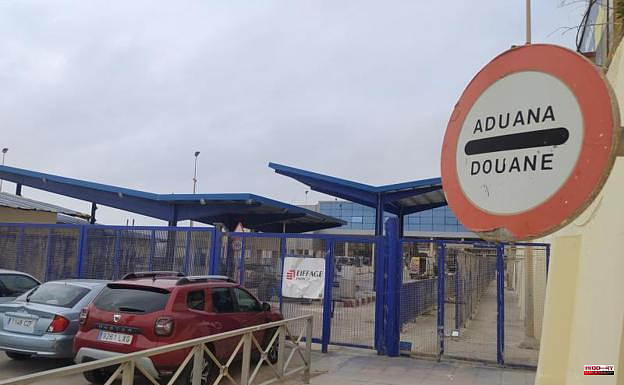 The borders between Spain and Morocco will reopen as of this midnight after two years of lockdown. This puts an end, at least temporarily, to a political crisis at the highest levels that has caused serious economic damage both to the autonomous cities of Ceuta and Melilla and to the neighboring towns of the Maghreb country.

The reopening comes after a complicated negotiation that has managed to put an end to the crisis originated after Spain authorized the entry into its territory of the leader of the Polisario Front, the movement that supports the armed struggle for the Saharawi independence from the Alaouite kingdom. Brahim Gali was treated secretly, and perhaps illegally, according to the Spanish courts, in a hospital in Logroño for a coronavirus infection that was added to the cancer he suffers from.

Rabat's unrest and subsequent response then caused an unprecedented migration crisis. Its greatest impact was the opening of the El Carajal border by the Moroccan authorities just now a year ago, on the same May 17 that now with the reopening seems to have symbolic value. Around 10,000 people arrived in a few hours at the Ceuta beach, a situation that forced the deployment of Army forces and triggered an energetic response from the EU, which recalled that the borders of the autonomous cities are also those of the 27 The images of minors, and even babies, rescued in the water also caused embarrassment in the Rabat court.

The latest chapter in this crisis has been the revelation of the 'Pegasus wiretaps', in which everything points to the fact that, in the midst of the migratory crisis in El Tarajal, Mohamed VI's secret services used Moroccan espionage technology to ' tap' the phones of the Prime Minister and the Ministers of Defense and Interior. The Government of Spain, for the moment, tiptoes over these suspicions, despite the fact that it is confirmed that Rabat paid Israel for taking over Pegasus.

One year after the human avalanche in El Tarajal, the need for both neighboring countries to understand each other has a priori defused the crisis, but not without a price for both parties. The Government of Pedro Sánchez yields with the recognition that Morocco's autonomy proposal for Western Sahara is the correct one to unblock a conflict that has been going on for more than 40 years. Spain took this step knowingly to snub Algeria, a great supporter of the Polisario and one of the main suppliers of gas to the Iberian Peninsula. The gas, Algiers has already announced, will continue to arrive, but at a more expensive price. Morocco, for its part, has lowered its historical claims on the sovereignty of Ceuta and Melilla.

Land borders will open this midnight but cross-border workers will still have to wait until May 31, but only through two border crossings: El Tarajal from Ceuta and Beni Enzar from Melilla.

The economic impact of enjoying good relationships is vital on both sides of the barrier. According to the latest data published by the Ministry of Foreign Affairs, for several years Spain has been the first supplier and the first customer of. And, in turn, Morocco is Spain's number one trading partner in Africa. In 2020, 47.3% of Spanish exports to Africa were destined for the neighboring country, highlights the Government.

At the local level, the flow of goods and workers from Morocco to the autonomous cities represents a source of income for both parties, although it is sometimes produced on the basis of smuggling. Both the president of Ceuta, Juan José Vivas (PP), and that of Melilla, Eduardo de Castro, applaud the reopening of the borders. Of course, they demand that Rabat fulfill its agreements.

1 Ukrainian forces advance to the Russian border in... 2 They find the leader of the Castellón sect dead in... 3 EU opens helpline for Ukrainians and Russians fleeing... 4 Deaths from covid rebound in the Basque Country with... 5 Maroto advances that 400 million from the agri-food... 6 Madrid has solvent tenants who cannot find housing,... 7 The Copa del Rey 2023 basketball will be played in... 8 Sestao River-Lleida and Espanyol B-Arenas in the semifinals... 9 Granados (PSOE) asks Feijóo to act to "clean"... 10 Valladolid, capital of biomass 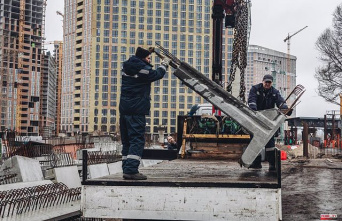 Ukrainian forces advance to the Russian border in...