Space travel: ISS vs. Tiangong: This is how the space stations differ

Heaven's Palace is the name of the new Chinese space station Tiangong in the German translation. 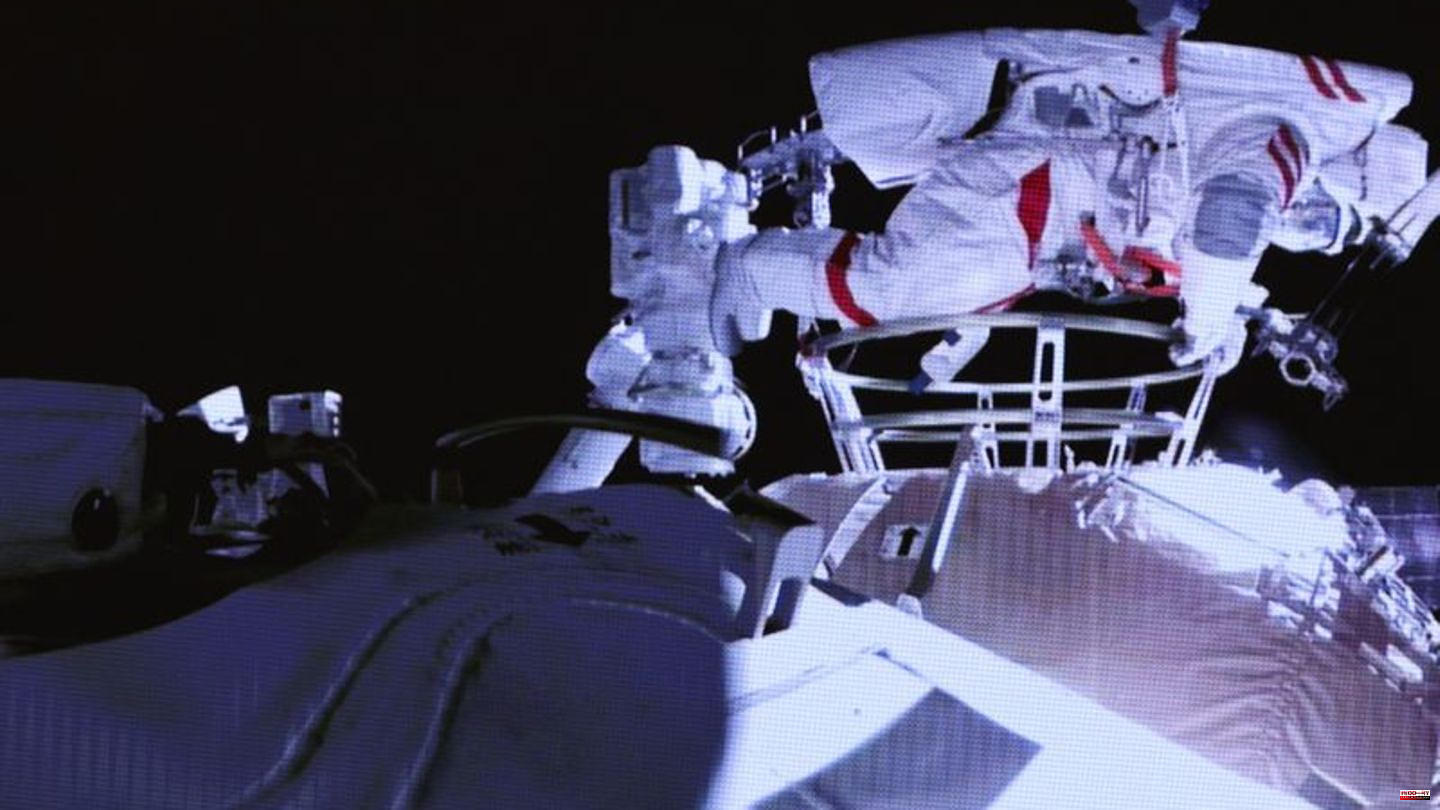 Heaven's Palace is the name of the new Chinese space station Tiangong in the German translation. What sounds like an overly large human outpost turns out to be a smaller model compared to the International Space Station (ISS). The ISS is, so to speak, the great experienced veteran in Earth's orbit, while Tiangong is the compact and brand new youngster.

Why doesn't China join the ISS?

In 2011, China was banned from the ISS when the US banned its space agency Nasa from further cooperation over national security concerns. Five space agencies from 15 countries are involved in a partnership on the International Space Station, which has been in orbit since the end of 1998 and has been permanently manned since the end of 2000.

The giant Asian empire intensified its own manned space program, which it started in 1992. Tiangong is not the first space station. Tiangong-1 was the first prototype to orbit the Earth from 2011 to 2018, followed by Tiangong-2 (2016 to 2019).

"The Chinese see themselves as a great space nation," explains Ulrich Walter, head of the chair for space technology at the Technical University of Munich. "They invest a lot of money, can afford it, have a clear plan and have implemented everything so far," the former science astronaut sums up.

How many times does Tiangong fit into the ISS?

A comparison of the external dimensions shows that the ISS is about four times the size of Tiangong. In the traverse, i.e. the main axis of the assembled modules, the ISS has a length of 94 meters, according to NASA. In addition, the space station reaches a span of 109 meters with the solar modules. This means that the ISS occupies a little more space than a normal soccer field.

The three core modules of Tiangong together measure around 53 meters, and the space station reaches a length of up to 37 meters along its main axis. The solar modules have a span of 55 meters. In terms of spatial extent, Tiangong is much smaller and more compact with a diameter of around 39 meters - about a quarter of a soccer field.

Which space station has more modules?

Both space stations are built in modules and have a light-colored outer shell. The reason: In view of the significantly higher light intensity than on Earth, they should not heat up so quickly, explains space expert Walter. The ISS, which weighs around 420 tons, now consists of 39 individual modules from the participating countries - in 2021 two from Russia were added. These modules have been brought into orbit since 1998, connected there and the space station has been continuously enlarged in almost 25 years. Due to the many nations involved, the ISS has "significantly more research modules - that's the difference," explains Ulrich Walter.

The construction of the Tiangong space station, which has now grown to a good 100 tons, went much faster. It essentially consists of just three large modules that people can walk on. The approximately 17-meter-long core module Tianhe (in German: Heavenly Harmony) was launched into orbit at the end of April 2021. This year, there were also the approximately 18-meter-long research laboratories Wentian (sky survey, end of July 2022) and Mengtian (heavenly dream, end of October 2022). Finally, in December 2023, the station is to be expanded to include the Xuntian (sky survey) space telescope, which flies freely and will only be temporarily docked with Tiangong. It is to explore foreign galaxies with a mirror two meters in diameter.

How much space do the astronauts have in the ISS?

At the ISS there are living and working modules at around 67 meters in the main axis, which offer an artificial atmosphere. This means that the astronauts can enter the pressurized modules without having to wear space suits. These modules include Zarya, Poisk, Destiny and Columbus, among others.

There are currently seven astronauts on the ISS; in 2009, 13 were guests at the same time. Theoretically, you have a total of 1005 cubic meters of living space at your disposal. But because a lot of space is needed for equipment and supplies, a habitable volume of 388 cubic meters remains, according to Nasa. If you take a ceiling height of 2.50 meters, which is common in Germany, that would be around 155 square meters of living space for all astronauts on board. The US space agency likens the interior of the ISS to a six-bedroom house. There are two pools, a gym and phenomenal 360 degree views called the cupola.

How much space is available in Tiangong?

Tiangong cannot offer such a gigantic window on the outside world. The Chinese space station "is smaller, but not yet so overcrowded with upgraded technology," reports Tino Schmiel, who heads the "Satellite Systems and Space Sciences" research field at the Technical University of Dresden.

In contrast to the ISS, Tiangong offers about a third of the space both in total (320 cubic meters) and in terms of habitable volume. The approximately 130 cubic meters in which the astronauts can move freely is a little more volume than a conventional articulated bus offers inside. With a room height of 2.50 meters, three astronauts normally have around 52 square meters at their disposal. When the crew rotates, however, there are six guests on board for a short time, who share the space in a two-room apartment, so to speak. The 17 meter long Tianhe core module contains three separate sleeping compartments with toilet and shower. Scientific work is done in the two laboratories because, according to Ulrich Walter, that is what the Chinese are primarily concerned with: "Research in weightlessness."

Are there differences in orbit?

At first glance, both space stations appear to be on the move very similarly. Both the ISS and Tiangong are currently orbiting the earth at an altitude of about 390 kilometers. The continuous sagging due to the residual air resistance has to be constantly compensated for by drives in both.

Both are hurtling through orbit at a speed of about 7.7 kilometers per second. That is around 28,000 kilometers per hour. That means: Both need about 90 minutes to circle the earth once. According to NASA, the ISS travels a distance in one day that is comparable to a return trip to the moon - i.e. 384,400 kilometers times two.

On the other hand, there are clear differences in the inclination with which the two space stations orbit the earth. "The orbit on which Tiangong flies is less inclined to the equator than that of the ISS," explains space expert Schmiel. That means: In contrast to the ISS, Tiangong can see less of northern and southern parts of the earth. "This means that earth observation is more limited. The space environment is also less easy to measure," says Schmiel. The background is that China saves energy on the way to the station, "since their launch sites are not at high latitudes anyway," says the expert from Dresden.

How long is the ISS still on the way?

By the fall of 2023, parts of the International Space Station will have been in space for 25 years. In other words, the ISS is nearing the end of its life cycle. Although the space station has repeatedly struggled with technical problems - most recently there was a leak in the Russian Soyuz capsule - the runtime will be extended.

According to initial plans, the end should be as early as 2020, then it became 2024. The USA, Europe and Japan are currently committed to using it until 2030. NASA recently announced that it wanted to crash the ISS in January 2031 in the South Pacific in a controlled manner. Then a lot of money could literally be sunk in the sea: The total cost of the "most expensive man-made object" according to the Guinness Book of Records is estimated at up to 150 billion US dollars.

How expensive could Tiangong be?

Because the pressurized interior (Pressurized volume) of the ISS is three times larger than that of Tiangong, Ulrich Walter estimates the construction costs of the Chinese station "roughly at a third". The Chinese do not have exact figures, but Tino Schmiel also estimates the costs to be "much lower".

At Tiangong, the Chinese also benefit from the Russian space station Mir, which was similar in size. "The technology used by the Chinese is based on the technology used by the Russians," explains Walter, referring to cooperation between the countries at the beginning of the 1970s. And another factor probably pushes the price down: "There is much less coordination effort than with the ISS," says Schmiel. "The material and personnel costs are probably also lower."

How advanced are the Chinese?

Despite the lower costs, Tiangong is, according to the Dresden aerospace expert, "technically absolutely up-to-date". On the ISS, this can only be achieved through extensive retrofitting with new technology, which is only possible to a limited extent. Schmiel illustrates: "It's like buying a new car." As an example, he cites data transmission between experiments and the ground with regard to sensors, coding and data processing.

"Every new and often more complex technology has to mature in the application," explains Tino Schmiel. "And once things work, you should keep your hands off it," says former science astronaut Walter from experience. The International Space Station could host more than 3000 experiments in its lifetime. Time will tell whether the 1,000 experiments that China is planning with the help of western researchers on the Tiangong will work out. 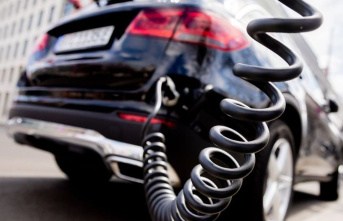