Missions to the moon, to Mars, to other planets - and new space stations: Numerous countries want to get involved in space in the coming year and beyond. 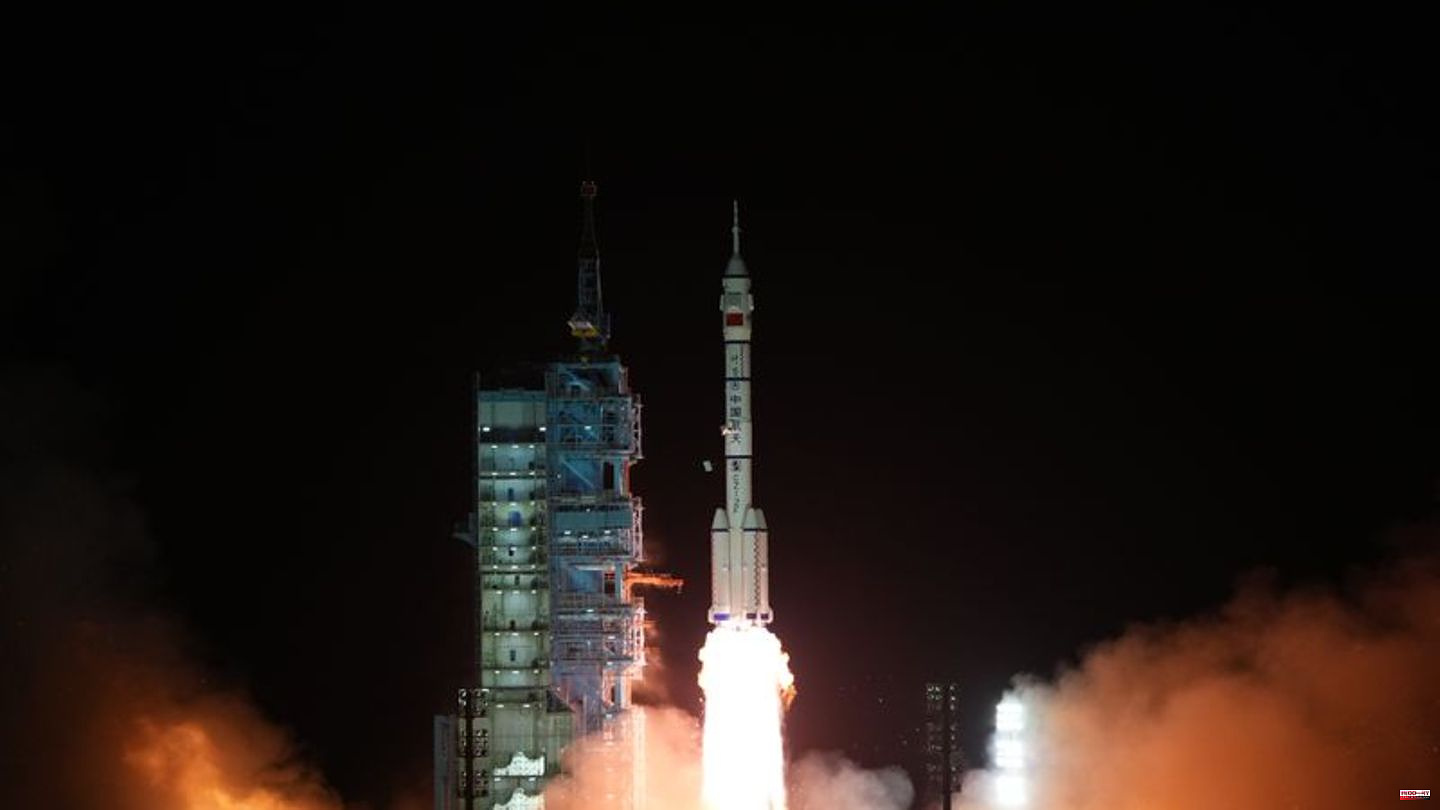 Missions to the moon, to Mars, to other planets - and new space stations: Numerous countries want to get involved in space in the coming year and beyond. An overview:

The US space agency Nasa is concentrating primarily on the long crisis-plagued moon program "Artemis", in which astronauts are to land on the moon again after more than half a century, including a woman and a non-white person for the first time. After a first unmanned launch in November, preparations are underway for a manned launch in 2024 and a moon landing in 2025.

In addition, NASA wants to launch the "Psyche" probe, for example, which will explore the asteroid Psyche and help to better understand the origin of planetary cores.

Private space companies such as SpaceX, Blue Origin and Virgin Galactic, whose work has recently lost some momentum, also have big plans: Among other things, SpaceX wants to start the first of three planned flights with US billionaire Jared Isaacman - "Polaris Dawn" is called the mission. Isaacman and three colleagues should fly higher than ever before with the "Dragon" capsule and also - as the first amateur astronauts ever - get out. Blue Origin is planning further manned short flights and Virgin Galactic also wants to start flights again after a long break.

At the center of China's space program is the nearly completed space station "Tiangong" (Heaven's Palace). This also includes a space telescope called "Xuntian", which is said to resemble the US "Hubble" telescope. It is scheduled to dock regularly with the "Heaven's Palace" to refuel and be serviced. It could start in late 2023 or early 2024.

China is also pursuing other ambitious goals in space: A reusable spacecraft may be in use by 2025. Rock samples from the polar regions of the moon are also to be brought to earth over the next five years. Plans for a research station on the moon are also being worked out with Russia. Landing on a near-Earth asteroid is also planned. China also wants to bring samples from Mars to Earth, which could happen in 2028. A mission to explore Jupiter could follow in 2029. With "Beidou", China has also set up its own navigation satellite system.

In view of the war of aggression against Ukraine, Moscow is severely isolated internationally, and space travel has become one of the last remaining spheres of Russian-Western cooperation. Despite the fighting, in autumn 2022, for the first time in a long time, so-called cruise flights took place, in which Nasa astronauts and Roskosmos cosmonauts set off together for the ISS. Such a trip is also planned for the coming year: In addition to the Russian Andrei Fedjajew and the Americans Stephen Bowen and Warren Hoburg, Sultan al-Nejadi from the United Arab Emirates should also be on board in February.

Russia also wants to finally bring the "Luna 25" spacecraft to the moon in 2023, which should actually have been on the way for a long time. According to Roskosmos, after repeated technical problems, it should now be between June and October.

The European space agency Esa is planning several missions for the coming year. The "Juice" satellite is expected to make its way to the largest planet in our solar system, Jupiter, in April, according to a spokeswoman for the satellite control center in Darmstadt. The probe will characterize Jupiter's oceanic icy moons Ganymede, Europa and Callisto as possible habitats and also explore the gas giant itself.

The launch of the earth observation satellite "Sentinel-1C" is planned for May or June, which is to provide images of the earth's surface day and night using radar technology. The Euclid probe is designed to create a 3D map of the Universe by observing billions of galaxies up to ten billion light-years away. "Euclid" is also intended to provide clues as to how the universe expanded and how its structure formed. The launch is scheduled to take place between July and September.

According to Esa, the "Exomars" rover mission in cooperation with Roskosmos, which was canceled this year because of the war in Ukraine, will in all likelihood not be launched in the coming year either - unlike the "Ariane 6" launch vehicle, which was delayed for years to its launch First flight to take off.

The Asian high-tech nation Japan is also pursuing plans to explore the moon and Mars. As part of the US "Artemis" program, Japan is aiming to land its own astronaut on the moon for the first time. The selection process will probably be completed next spring, a representative of the Japanese space agency Jaxa told the German Press Agency.

Jaxa is also working on landing technology to explore the moon. Planned for 2023, the mission "Slim" (Smart Lander for Investigating Moon) aims to provide precise navigation to a specific landing point. Other landers and a manned rover planned together with the Toyota automobile group are also planned for the coming years. A fuel factory at the south pole of the moon is also being planned.

Japan is also pursuing its own Mars exploration mission. The "Martian Moons Exploration" (MMX) project plans to launch a probe in the direction of the Mars moons Phobos and Deimos in 2024. Japan's space agency Jaxa wants to explore both moons with the mission and get soil samples from Phobos - in the hope of finding clues to the origin of Mars and traces of possible life. The samples are scheduled to be brought to Earth in a capsule in 2029.

IN THE EVENT THAT

Two Indian missions, which have been postponed several times due to the corona pandemic, among other things, are now scheduled to start next year, as reported by local media. A mission to the sun ("Aditya-L1") and a probe to the moon ("Chandrayaan-3") are planned. A first Indian moon landing attempt in 2019 ended in a crash landing. The government also wants to increasingly rely on the private sector, private companies are allowed to use the infrastructure of the space agency. Recently, it launched a rocket developed by a local private company into space for the first time.

The country plans to start further projects from the end of 2024. So there should be missions to Venus ("Shukrayaan-1") and to Mars ("Mangalyaan-2"). In addition, astronauts are to be sent into space ("Gaganyaan").

In the Arab world, it is above all the Emirati government in Abu Dhabi that is making great strides in space travel. The United Arab Emirates want to invest the equivalent of more than 800 million euros in private space travel over a period of ten years. Companies and start-ups are to start working in special economic zones in Dubai, among other places. The Emirates rely on a mix of state and private projects, based on the model of the US space agency Nasa - which, however, works with significantly larger sums.

The goals are set high. Parallel to an ongoing Mars mission, in which a probe entered the orbit of the red planet in early 2021, the Emirates also want to explore Venus and the asteroid belt. After the launch of the mission in 2028, the country wants to land a probe on an asteroid - after a 3.6 billion kilometer journey over five years. The country is working with a company from Japan on its first own moon mission.

The big neighbor Saudi Arabia, which often emulates the ambitious and in many respects more modern Emirates, is a clear step behind. After all, the kingdom has now launched its own program for astronauts and wants to send a woman into space for the first time in 2023.

1 Society: Donors Council expects a good year of donations... 2 DOSB: New strategy for the Olympic application: "From... 3 Football World Cup in Qatar: Who shows Japan against... 4 Also "Avatar 3" already turned off: James... 5 TV soaps: This is what happens in the soaps today 6 Stock exchange in Frankfurt: Dax up after the prospect... 7 Labor market: Unemployment rate in the eurozone falls... 8 New study: Coffee is good for your health – but... 9 World AIDS Day: Living with HIV: "Above all,... 10 Meadow Walker: Cute souvenir photo with Paul Walker 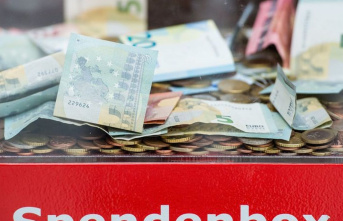