The image "The Pillars of Creation" is one of the most famous astronomical images. 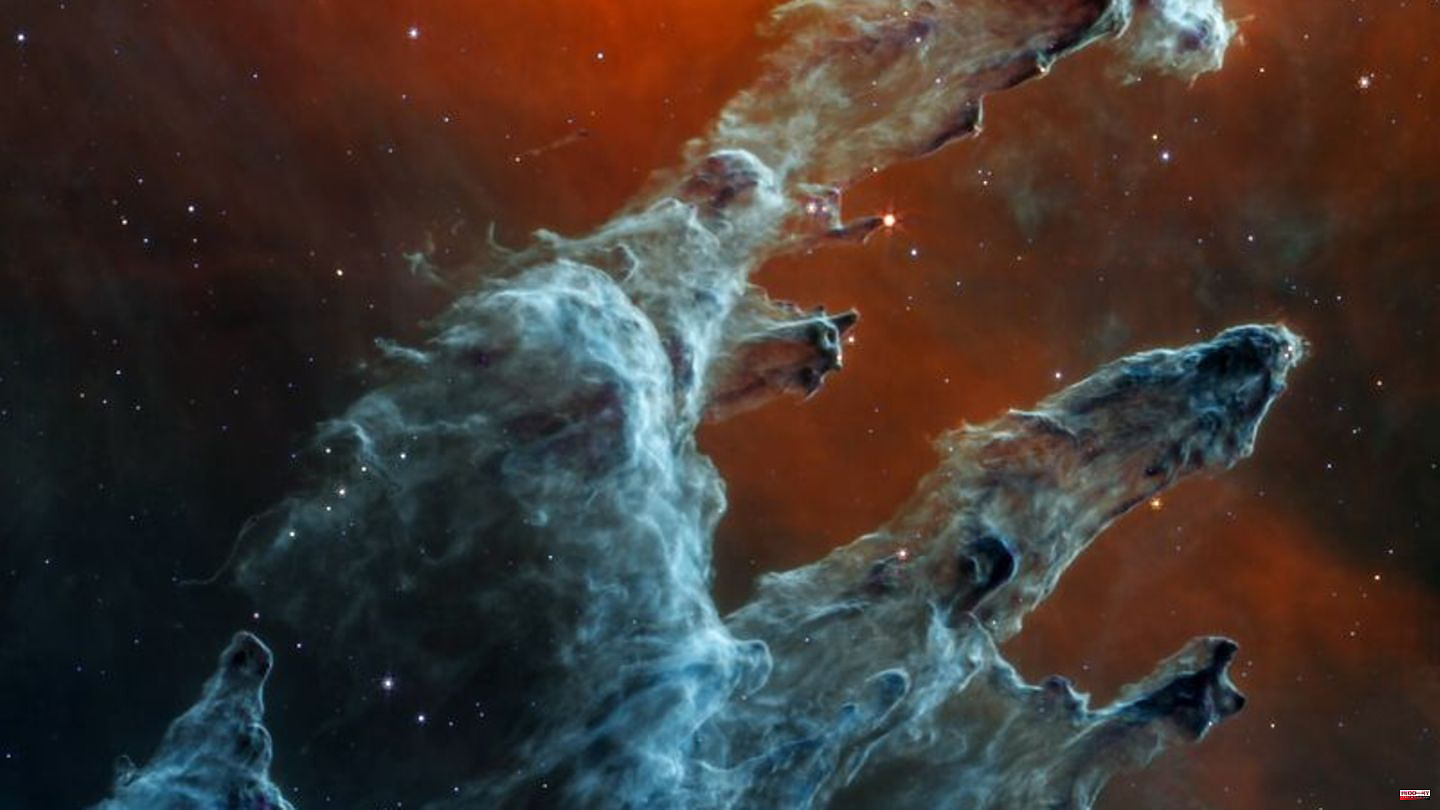 The image "The Pillars of Creation" is one of the most famous astronomical images. The Hubble Space Telescope captured the scene in the Eagle Nebula, about 6,500 light-years away, in 1995 and again in 2014. Now the new "James Webb" telescope has also recorded the spectacular motif. In this picture, the pillars appear like a ghostly hand in front of a menacing red sky.

The pillars are actually clouds of dust and gas, which are particularly evident in the mid-infrared image. The denser the dust, the darker the gray in the image, writes the European space agency Esa. The background therefore appears the redder, the lighter and colder the dust is.

"James Webb" was built jointly by the space agencies in Europe (ESA), the USA (Nasa) and Canada (CSA) and was launched on December 25, 2021 on board an Ariane launch vehicle from the European spaceport in Kourou in French Guiana - after there had previously been cost explosions and new shifts. The first images from the telescope were published in mid-July and provided the deepest and most detailed insights into space to date. 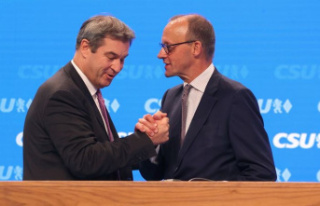 CSU party conference: Merz sees Union ahead of a successful...