The boat 'Soul Marbella Aedas Home' has been proclaimed this Sunday the absolute winner of the IV Malaga Sailing Cup Regatta after achieving the third and final day. 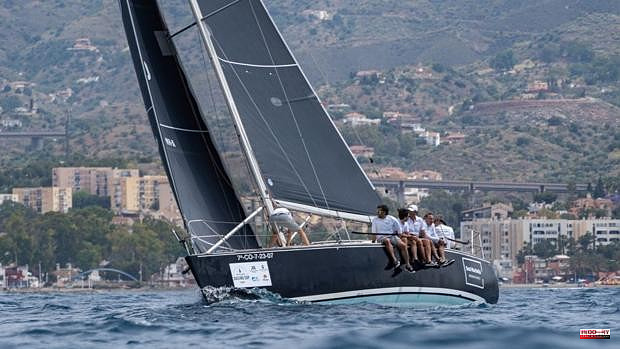 The boat 'Soul Marbella Aedas Home' has been proclaimed this Sunday the absolute winner of the IV Malaga Sailing Cup Regatta after achieving the third and final day. The good conditions at the farewell have made it possible to forget yesterday's blank day and make the most of the excellence of the Malaga bay to compete throughout two tests, marked by 220º winds between 12 and 17 knots of intensity. Perfect conditions to show off and apply regatta tactics, testing teamwork and fine-tuning units in pursuit of a common goal.

The 37-footer with the flag of the RCMT Punta Umbría skippered today by Félix Sanz, wins unbeaten in the general and its class, after adding two new victories today in the last two routes.

Seconding the Huelva, current champions of Andalusia Cruise, the Dehler 38 'Rayter' of Javier and Ernesto Vera based in the RC Mediterráneo, and the First 34.7 'Vikingo' of Enrique González with the flag of the neighboring club CNM Benalmádena.

The Vera brothers owe second place to a 3rd and a 2nd in today's tests, which have allowed them to improve one position compared to the opening day after which they finished third. The locals thus add a new podium after winning the Marbella Ceuta Intercontinental regatta a few weeks ago.

For their part, the Vikings have managed to navigate in their place and with a 5th and a 4th today, they maintain the desired regularity to occupy third place in the general standings with two points less than Samuel Domenech's Fortuna 9 'Ya Andara', fourth, followed at the same distance by José Luis Pérez's 49-foot 'Ciudad de Melilla'.

In the general classification by classes, 'Ya Andara' and 'Vikingo' tie at the head of the ORC 4 class, with a resolved equality on the side of Domenech's team with a 2nd and a 1st against a 3rd and a 2nd of the boat of Benalmadena. Completing this podium is Jorge de Torres' First 34.7 'Elamar' under the colors of RC Mediterráneo. In ORC 3, together with 'Soul Marbella Aedas Home' and 'Rayter', 'Ciudad de Melilla' does show off the performance to occupy third place.

After the regatta, the organization and crews participated in the trophy ceremony held at the RC Mediterráneo facilities in Malaga.

1 Catalan dominance in the Spanish Catamaran Cup 2 Bordeaux: The Toog application wins Public Prize at... 3 Formula 1. Monaco GP: Perez wins ahead of Sainz. Leclerc... 4 The Peruvian Prosecutor's Office opens an investigation... 5 Texas murders: Joe Biden in Uvalde to alleviate the... 6 Agen: He flees from the police and then tries to bribe... 7 A head-on collision between two vehicles leaves one... 8 Debacle of the Spanish Pre-Olympic Team at the ILCA7... 9 Juan Manuel Goytia, champion of the Spanish Cup of... 10 Pau: The alleged attacker of the female physician... 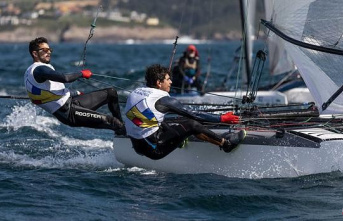