A soporific draw and run. 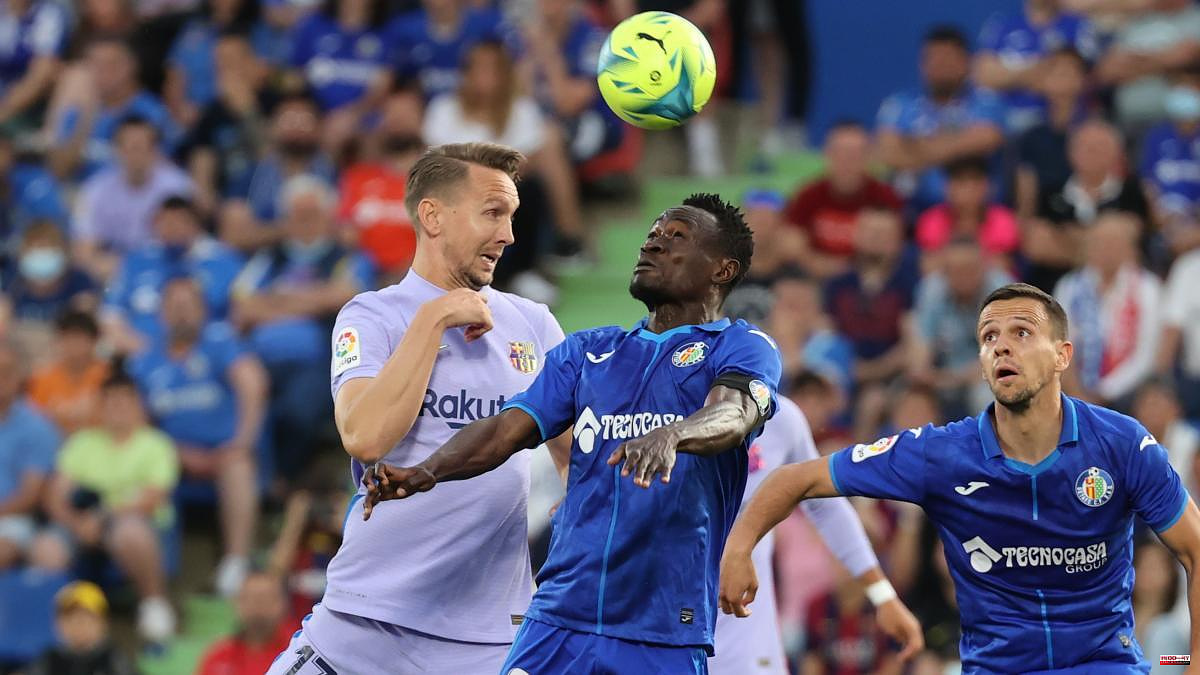 A soporific draw and run. Homework done. Barça is already second. It was in Getafe, destination of the last displacement of a poor Barça season with no titles or even close to them and with the minimum achievement of having secured a place in the Champions League, where Xavi's men unsuccessfully reached the runner-up spot in the League. In a season finale marked more by results than by good play, Barcelona fans can find some consolation in the fact that this second place economically improves its also poor financial status because it ensures that it will be in the next edition of the Spanish Super Cup (or Saudi). But little else. It has become eternal and heavy. The resigned temper of the culés will not hold much more. Fortunately, the course is over.

The party did not have much crumb. The mathematics and the dynamics of both teams did not invite emotion. It was easy. A tie was enough for Barça to virtually ensure the runner-up. Getafe also lacked a point to seal permanence. The coincidence of needs to which Sevilla's draw against Atlético was added led to a cordial agreement. The Azulona fans experienced it with emotion, barely suffering with a Blaugrana eleven full of substitutes due to the nine casualties between sanctioned and injured. Among them that of Araújo who stayed in Barcelona as a precaution after the shock he suffered against Celta.

With this scenario, Xavi, who was not happy with the invention he started in the first half against Celta, had no choice but to return to the classic 4-3-3, putting the less usual to the test. In a goalless match, the substitutes monopolized all eyes. Xavi, now yes, lined up Riqui Puig who had not been a starter since January 5 in the Cup against Linares. The one from Matadepera started holding the position well inside left-handed along with Busquets and Gavi to look for the best pass. Lovingly cradling the ball and very successfully looking for the short pass to the forwards despite the fact that Getafe, with its defense of five and the inexhaustible Maksimovic and Arambarri, constantly tried to deactivate the Blaugrana midfield and especially Busquets.

It was a good test also for Alejandro Balde. Starting left-back for the second time this season before Jordi Alba was suspended, he left a good image receiving balls, setting the ball and looking for the best pass but also daring with one on one. More news: Mingueza was the dance partner of a clueless Lenglet in the axis of the defense. The youth squad stubbornly sought the long, deep pass.

In front of the Egarense coach he chose to give Dembélé rest and Barça trained with Aubameyang, Memphis and the always essential rain, snow or 25 degree temperature Ferran Torres. The Valencian connected well with Aubameyang, but not with his long-awaited precision because Barça did not bother to strengthen their attack either. Nor that of any of the forwards. Neither Getafe. The first part barely ended with just two shots between the three sticks. One from former Barça player Carles Aleñá and another from Enes Ünal who collided with Ter Stegen. The Getafe striker claimed a penalty but Gil Manzano considered that there was not enough contact.

The second half started with the Azulona fans, who were most attentive to their transistors, checking if Real Madrid won and if Rayo Vallecano tied. In the midst of a more than soporific sensation, Ansu Fati entered the field of play for Aubameyang while Mingueza, in a great defensive action, managed to snatch the ball from Enes Ünal when he was about to finish off Ter Stegen. Without penalty or glory Luuk de Jong entered replacing a Memphis that left with physical discomfort. Only a shot by Torres provided some "emotion". Xavi gave the debut award to Mika Mármol, one of the best in the reserve team who can play both left-back and central defender. The best thing that could happen is for the referee to whistle the end. “Getafe is top notch!” the fans sang. In the box, President Joan Laporta snorted. Many things have to change.

Incidents: match corresponding to matchday 37 of LaLiga Santander played at the Coliseum Alfonso Pérez before 13,072 spectators.

1 Xavi: "The result favored us but talking about... 2 125 years of Catalan mutualism, a "miracle of... 3 MLS: No master between the Revolution and Atlanta... 4 The fall of Racing 92, PSG hand in the Cup final and... 5 Honext seeks to raise twelve million and will open... 6 Alavés descends and Cádiz enters the danger zone 7 Lunin disguises himself as Courtois 8 Xavi: 9 After the election in NRW: The traffic light is only... 10 World Hockey Championship: the Austrians come close... 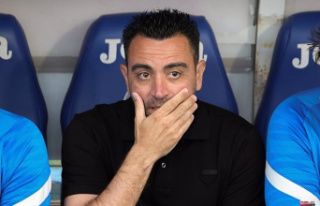 Xavi: "The result favored us but talking about...