Some 90,000 people participate in the Pride Barcelona parade in a festive and demanding atmosphere

Some 90,000 people, according to figures from the Guardia Urbana, have participated this Saturday afternoon in the Pride Barcelona 2022 parade, which in this edition has been held under the slogan 'Visible and powerful lesbians' with the hashtag. 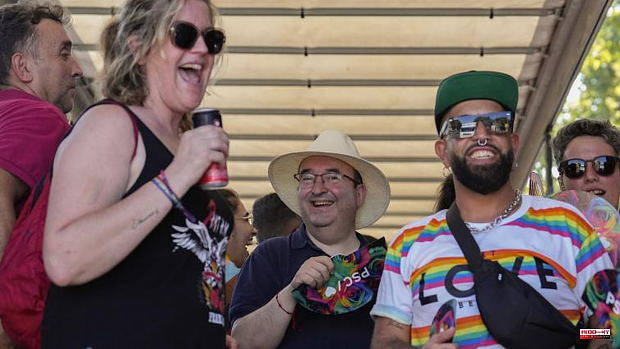 Some 90,000 people, according to figures from the Guardia Urbana, have participated this Saturday afternoon in the Pride Barcelona 2022 parade, which in this edition has been held under the slogan 'Visible and powerful lesbians' with the hashtag

The parade started from Las Tres Chimeneas in Barcelona around 6:00 p.m., and ended at Avinguda María Cristina, near Plaza de España, where a party was held to bring the parade to an end. During the march, a multitude of rainbow flags, a symbol of LGTBI pride, have been waved, and the participants have done so in a festive atmosphere, with floats and music.

Most of the participants have been young people, although middle-aged people and families with children have also been seen, and they have carried some banners denouncing the attack on an LGBTI pub in Oslo this Friday, which has forced the suspension of the pride party in the Norwegian capital.

As for political representatives, it has been possible to see the Minister of Culture and Sports, Miquel Iceta; to the Minister of Equality and Feminisms of the Generalitat, Tània Verge; to the delegate of the Generalitat in Madrid, Ester Capella; the spokesman for the commons in the Catalan Parliament, David Cid, and the first deputy mayor of Barcelona, ​​Jaume Collboni, among others.

1 Mojados dedicates a cultural week to Carlos V 2 Pedro Sánchez: «My Government is beaten by the economic... 3 Warm farewell to teacher Mari Ángeles Delgado Barahona... 4 The singer-songwriter Nicolás Capelo dies at the... 5 Sánchez-Escribano, stripped of the reign of 3,000... 6 Alcázar de San Juan evokes its railway past 7 Barcelona closes an almost perfect season with the... 8 The Royal Family, in the function of the choreographer... 9 Sherry Vinegar, infinite possibilities as a result... 10 The last time an overweight, depressed Elvis Presley... 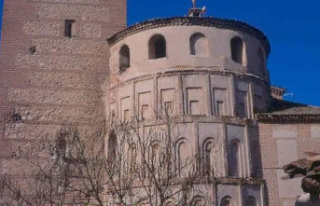