With its pre-Romanesque church, central square and little shops, Perdasdefogu could be a place like any other in Italy. 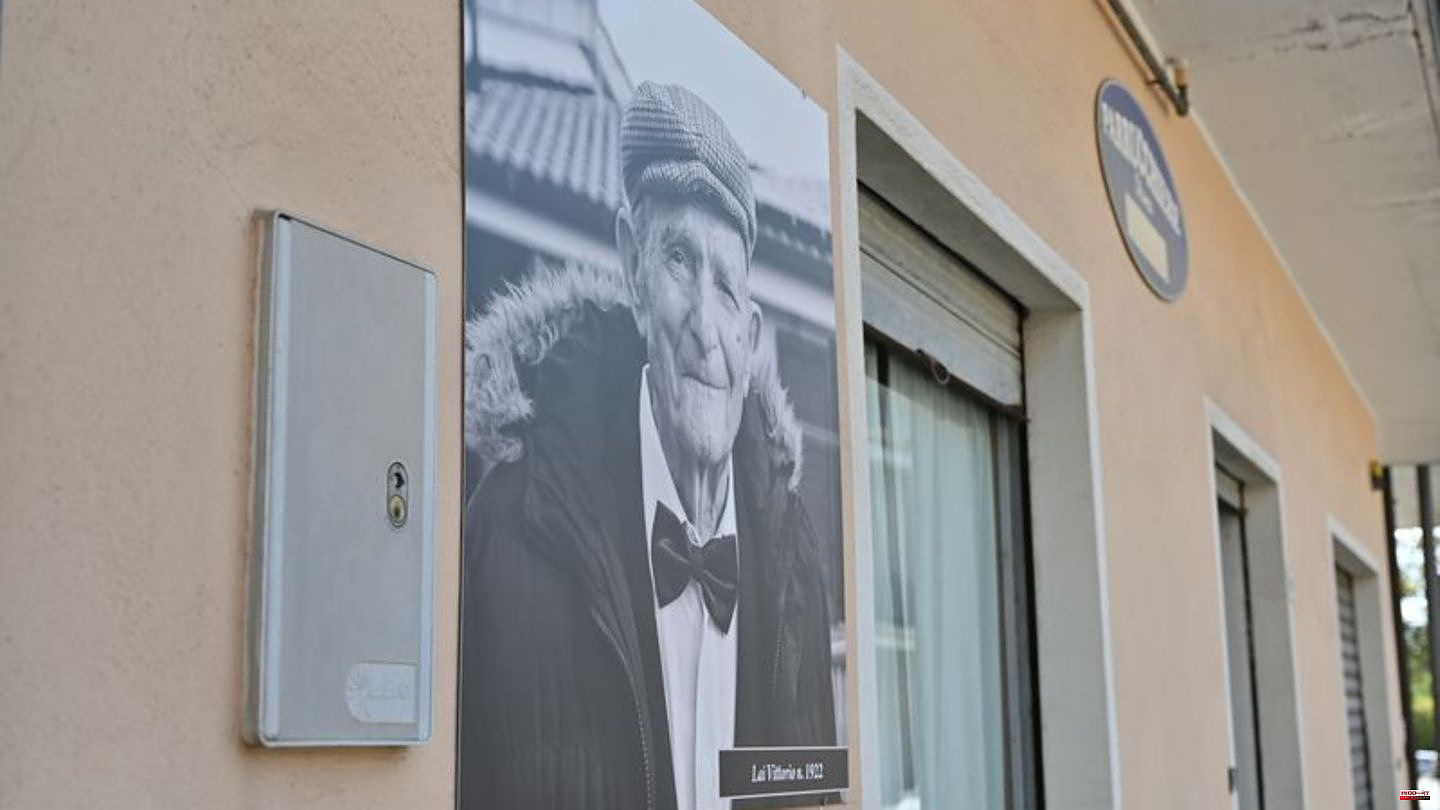 With its pre-Romanesque church, central square and little shops, Perdasdefogu could be a place like any other in Italy. Manageable, cute, but not very spectacular. However, the town in the southeast of the popular holiday island of Sardinia is a record holder.

Known as the Village of Centenarians, Perdasdefogu has made it into the Guinness Book of Records. The arduous way to get there does not suggest that. A narrow, winding road winds up to the place in the rugged mountains of Sardinia. At the entrance to the village, a stone plaque draws attention to the record. In the village, the Piazza Longevità (Square of Long Life) commemorates this. The pensioners, who have seen all Italian governments and crises, are the poster child.

The pride of the community is also visible on the main street that runs through the town. The pastel-colored facades of the houses are decorated with black-and-white photos of the Methuselahs with their names and the year of their birth.

There is Vittorio Lai, for example. He smiles mischievously at the camera, in the picture he is wearing a finely checked flat cap and a winter jacket that doesn't go with the warmth of the end of summer at all. Below: white shirt with bow tie. He also put on the hat when he went to the polling station last Sunday to vote on the new Italian parliament. His voter card, which can be seen in a photo posted to the town's Facebook group, shows his date of birth: February 12, 1922.

Lai is one of nine 100 and over 100 year olds currently living in Perdasdefogu. The Guinness Book certifies the place to be the one with the highest percentage of residents who have reached such an age. Lai has been married for as long as the lives of many do not even get: 78 years. That probably also speaks for his character and that of his wife, comments the reporter from the Rai television station. "Well, sometimes she says I'm a little cheeky," Lai replies in a recent broadcast. "I say one time I'm naughty, another time you are, so we balance each other out."

Annunziata Stori is the youngest 100-year-old in the village with its 1780 inhabitants. She celebrated entering her second century of life on August 16. Then, of course, Mayor Bruno Chillotti came to personally congratulate them.

She is "healthy as a fish". Lively and cheerful, doesn't take any medication and still cooks her minestrone with homemade fregula, the typical Sardinian type of pasta, writes director Pietro Mereu. A few years ago he shot the documentary "The Club of Centenarians". Mereu posted a photo of herself and Stori on Facebook, in which she is standing at a table, dressed all in black and wearing a headscarf. In one of the large bowls in front of her are tomatoes, an aubergine and peppers.

So is diet the secret of centenarians? Mereu says people in the province of Ogliastra lived a very hard life, but with a lot less stress than today. Instead of following the rhythm of mobile phones and e-mails, they followed nature.

The place was characterized by agriculture, says Antonio Brundu. He is the oldest resident of the town. "People have always worked in the fresh air," he tells Rai. His skin is still taut, slightly tanned - only the missing front teeth show his age. He is 104 years and five months old. The exact lifespan, it should be emphasized again in old age.

Salvatore Mura, historian and municipal councilor in Perdasdefogu, gives several reasons that explain the long life of many residents. Genes are a factor. In addition, the village elders have always fed themselves with products from "zero meters away", i.e. from their own garden. But the social network also plays a role. "They live with the family until their last day," says Mura. It also keeps you physically fit.

Instead of honoring the very old on a day like International Day of Older Persons on October 1st, every 100th birthday is celebrated in Perdasdefogu. Mura says there will be no more this year, but there could be new centenarians next year.

But you don't meet the centenarians that often on the street anymore, says Massimo. He is a barista in the café on the central Piazza Europa and is currently serving his guests. In the summer it is too hot for many. And not everyone is doing great. A woman, for example, could hardly speak and was housed in a care facility. Massimo's wife is the niece of someone who lived to be well over 100 years old, says the waiter.

Why do people grow so old in Pedasdefogu of all places? "It's just because of the Sardinian lifestyle," he says. There is no drug problem in the town, people eat healthy, their lives are simple and quiet.

Science is also concerned with the longevity of the Sardinians. A project wants to sequence 13,000 DNA samples from residents of the province of Ogliastra to find explanations for the phenomenon, the Ansa news agency reported recently. The University of Sassari is also involved in the investigation. Rector Gavino Mariotti says: "We hope to be able to show that the people of Sardinia live well, also as a promotional factor for our country." 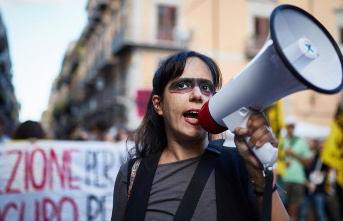