"Socialist fagots": homophobic graffiti appears in the City Hall of the Valencian town of Titaguas

The entrance of the City Council of the Valencian town of Titaguas has appeared this Monday with different homophobic graffiti, in which the insults "red" and "faggot socialists" could be read, a few days after having celebrated the LGTBI Pride party. 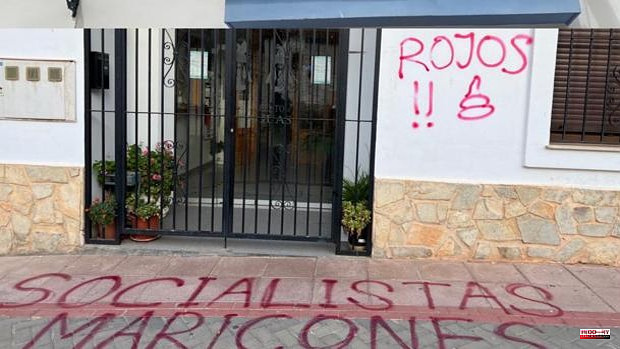 The entrance of the City Council of the Valencian town of Titaguas has appeared this Monday with different homophobic graffiti, in which the insults "red" and "faggot socialists" could be read, a few days after having celebrated the LGTBI Pride party.

In fact, the rainbow flags still shine on the main balcony of the Consistory governed by the PSPV-PSOE, a formation that has condemned the homophobic graffiti through its official Twitter account.

“It is intolerable. We will not allow them to try to silence us with this type of behavior that only represents the intolerance of those who have nothing to offer”, stress the Valencian socialists in said social network, to show their “maximum solidarity” with their colleagues from Titaguas.

"The presence of this type of homophobic and inappropriate discourse in an advanced society pushes us with more force to continue building tolerant cities and towns where hatred has no place," claims the provincial PSPV through another message, transferring its support to the City Council and the mayor of Titaguas, Ramiro Rivera.

The former Minister of Transport and former Secretary of Organization of the PSOE, the Valencian José Luis Ábalos, has also echoed: «We cannot tolerate that hate speech is installed. My resounding condemnation of this cowardly attack in Titaguas and my solidarity with its neighbors and its mayor. We will continue to face these attacks. Always defense of equality, freedom and respect.

1 Slovakia offers all its Mig 29 aircraft to Ukraine 2 At least one dead and eight injured after a shooting... 3 European citizens stockpile basic goods 4 Why is the 4th of July celebrated in the United States... 5 Germany considers offering tax-free payments to avoid... 6 More than a third of Spaniards have never heard of... 7 Unemployment benefit: this is the new SEPE model to... 8 Nadal and directo against Van de Zandschulp 9 Pope Francis' close friend, Cardinal Hummes,... 10 Canadian government: China Tycoon due to be tried 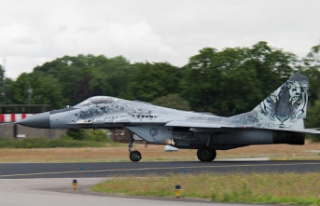 Slovakia offers all its Mig 29 aircraft to Ukraine