"Social networks have rewritten the Marcos dictatorship as a golden age"

Professor of History at the University of Washington and author of books such as 'The Sovereign Trickster', about President Duterte, Vicente L. 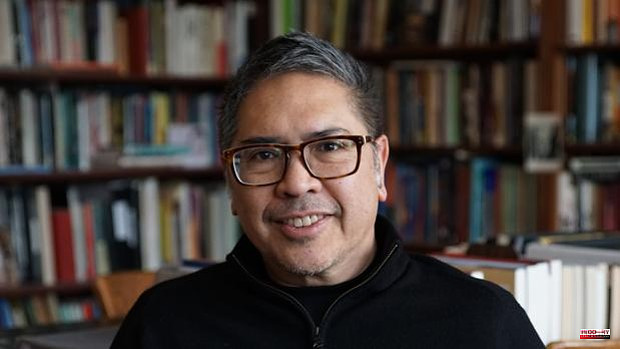 Professor of History at the University of Washington and author of books such as 'The Sovereign Trickster', about President Duterte, Vicente L. Rafael is one of the most lucid analysts of Philippine politics, whose elections he dissects in this interview.

What effects will Bongbong Marcos' victory have?

Bongbong's triumph will be an absolute disaster. It will mean a return to plunder and cronyism. The economy will suffer systematic looting as it did during the father's regime. Foreign investors will be very cautious because they will have to surrender to extortion and bribery. Also, it's not just Bongbong. There is also Duterte's daughter, Sara, which means a continuation of the war on drugs, extrajudicial executions, harassment of the left and cronyism, seen in the distribution of funds against Covid.

Does his triumph confirm the authoritarian drift of the Philippines initiated by Duterte?

It is an intensification of authoritarianism and corruption. It will also provide a new and more powerful role for former President Gloria Macapagal Arroyo, who orchestrated their joint "Uniteam" bid by convincing Sara to run for vice-presidency instead of presidency. Arroyo will expect some reward, surely the spokesperson for the House of Representatives, where she will control the budget.

How is it possible that Filipinos vote for Marcos 36 years after overthrowing his father and all the barbarities of his dictatorship?

Some say Filipinos find it easier to forgive the Marcoses because of their compassionate nature and Catholic beliefs. That's silly. Filipinos are capable of holding their leaders to account and bringing them to justice, as happened during the 1986 revolution. There are other reasons. The Marcoses have been plotting their return for a long time and have been aided by the political elites who facilitated their return. Former presidents Cory Aquino and Fidel Ramos allowed the family to return in 1992 in order, according to Ramos, to ease antagonism with Marcos loyalists. Duterte authorized the burial of Ferdinand Marcos at the National Heroes Cemetery, further falsifying his legacy and brutality. And also returning the favor for the money the family had donated to his campaign. In addition, the role of social networks, especially YouTube, Twitter, Facebook and Tiktok, has been crucial in reviewing Marcos' story.

How have social networks influenced?

Numerous “influencers” have been recruited to rewrite Martial Law as a “golden age”, describing Ferdinand Marcos as the “best president”. They have thus convinced many people that Bongbong will continue his father's good work and that those who criticize the Marcoses are lying because they were already rich when they entered politics and did not need to steal to amass their fortune, that there were no tortures or murders in that time and that those imprisoned or executed deserved to die because they were communists who opposed the government and represented a danger. Additionally, armies of trolls have intimidated their detractors. Such misinformation campaigns and revisionist stories began in 2012. Aided by Cambridge Analytica, the Marcoses' rehabilitation has been so successful that even those who suffered from Martial Law now think the son will be as good as, or better than, the father.

The Philippine elections are a lesson for democracies...

Duterte already used the same tactics to win the presidency in 2016. But the Marcoses have been at it since 2012, ramping up their campaign in 2016 and dominating social media in 2021 and 2022. The effectiveness of these efforts is in part because more than 95 percent of Filipinos inform themselves through Facebook, Tiktok and Youtube. BBM voters (Bongbong Marcos) and Sara believe the misinformation and distorted stories that feed the networks. It is the same as when Trump supporters in the United States believe that the 2020 elections were stolen or that climate change is a farce… In contrast, Leni Robredo has been very slow to adapt to social networks and has been left behind.

The educational system is partially responsible. The textbooks do not teach the excesses of the Marcos. Martial Law is not explained in schools, but on social networks. It is also important to note that the Marcoses have showered local leaders with money, so that they ally themselves with them and thus buy the votes of their constituents. None of this would have been possible if they didn't still have the billions they looted.

Is there a chance that Bongbong will be disqualified by the Supreme Court and Sara will become president? What is the nature of your alliance?

Bongbong will not be disqualified. The "Uniteam" candidacy was made possible by Gloria Macapagal Arroyo to the anger of Duterte, who wanted Sara to run for president. Sara defied her father and decided to go as vice president. Father and daughter have a difficult relationship because Sara is the daughter of Duterte's first wife and is suspicious of his current partner. Ella but she will protect her father and use her position as vice president to prevent him from being prosecuted. She will also protect her friends, including her husband and her brother Paolo from her, who have been linked to drug cartels. It's all like a soap opera.

Will the future of the Philippines be a return to the past?

The Marcoses have secured their fiefdom in Ilocos and planted the seeds of the future dynasty because their new generation already occupies the local powers. They will once again be the most powerful political family in the country for years to come. They are like a crime syndicate or a drug cartel: violence, money and family are the elements of their power. Actually, it's not that surprising that they're back.

1 The AVT asks the US for explanations for removing... 2 The former 'controller' of Iberdrola insists... 3 Citizens demand that Sánchez defend the Monarchy... 4 "I want to die": this young couple played... 5 The emir of Qatar begins a visit of a marked economic... 6 Shanghai announces that it will overcome the Covid,... 7 The victim of the Malagueta perceived that the detainees... 8 The law will include a leave for recovery after an... 9 A map to know what our food is made of 10 Did a woman invent psychoanalysis? Ten pioneers who... 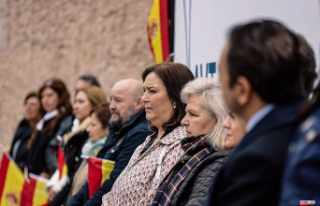 The AVT asks the US for explanations for removing...