Sánchez: «You have to be empathic with those who jump the fence, but also with the police and gendarmes of Morocco»

The President of the Government, Pedro Sánchez, does not deviate from his positions expressed in recent days on the migratory crisis in Melilla, after the jump of the fence that has left dozens of dead and injured, and that has caused so much criticism from his partners politicians, including the coalition, United We Can. 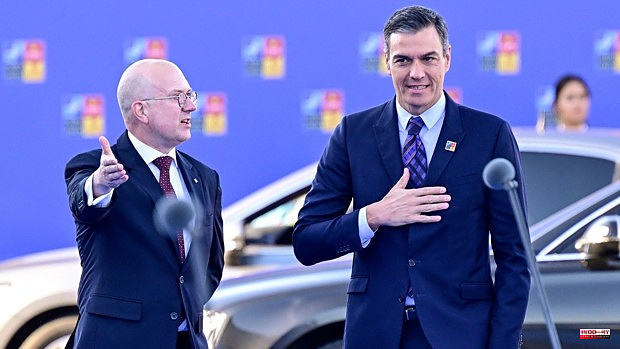 The President of the Government, Pedro Sánchez, does not deviate from his positions expressed in recent days on the migratory crisis in Melilla, after the jump of the fence that has left dozens of dead and injured, and that has caused so much criticism from his partners politicians, including the coalition, United We Can. In an interview this Wednesday on Cadena SER, conducted from the IFEMA site that hosts the NATO summit in Madrid, Sánchez made it clear that one must have "empathy" with those who tried to reach the Spanish autonomous city, dying in many times in the attempt, but also, he has remarked, both with the members of the Security Forces of our country who were also injured, and with those of the Moroccan gendarmerie in the same situation.

"You can't reason about feelings" has begun, somewhat cryptically, his reflection on what happened. To then say that "of course we have to be empathic and put ourselves in the shoes of those migrants who have suffered and died, of their families, but I also ask that we put ourselves in the shoes, and in the shoes, of the Armed Forces and State Security Corps in Spain, forty civil guards were injured, as a result of this violent attack, of the more than one hundred Moroccan gendarmes who have been injured, some of them dead. And without a doubt, also, the right that our compatriots in Ceuta and Melilla have to have their borders secure and to be able to live in peace in these two autonomous cities, which are also Spain.«

Asked on the Hoy por Hoy program if he regrets having said that the matter was "well resolved", Sánchez explained that when he pronounced those words he did not know some of the "information" and even "images" that have later emerged, among them from the graves dug on the Moroccan side of the border, to bury several of the corpses without even being identified. “It is clear that I regret the deaths that have occurred in Nador. But I insist: this is the last act of a tragedy that begins much earlier, many months earlier and in other countries« he pointed out, arguing at all times that what ends up happening in that city in northern Morocco has its origin many kilometers further south from Africa. »To put it very simply, to avoid tragedies like those in Nador, what we must do is work in Sudan, which is the country from which many of those migrants that we have seen in recent hours try to violently assault the fence of the autonomous city of Melilla«, he pointed out about a country that is more than 4,000 kilometers from Morocco, bordering to the south with Egypt.

At all times, the Chief Executive has avoided any criticism of the management of the crisis by the kingdom of Mohamed VI, with which he began "new relations", in his own words, a few months ago, after resigning from our country, in a letter from the president to the Alaouite monarch, to defend the self-determination of Western Sahara, the former Spanish colony.

1 They attack a woman with a knife in an Illescas hostess... 2 The concessions of Finland and Sweden for Turkey to... 3 How are non-contributory pensions after the increase... 4 Former boxer Mike Tyson: "The three years I spent... 5 What are the protocols and what to do if you test... 6 Rueda censures the docility before the Government... 7 The first inclusive entrepreneurship project promoted... 8 The judge releases the alleged cryptocurrency scammer... 9 Belarra presses Marlaska and Albares by letter to... 10 Direct and proportional election in the CGPJ: this... 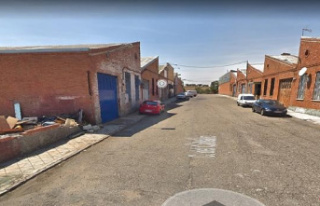 They attack a woman with a knife in an Illescas hostess...