Sánchez will meet in Davos with Intel, Qualcomm, Micron and Cisco to attract investment in microchips

He is going to meet with the presidents of Switzerland and Rwanda, with the leaders of Arcelor Mittal and with the sovereign wealth fund of Singapore. 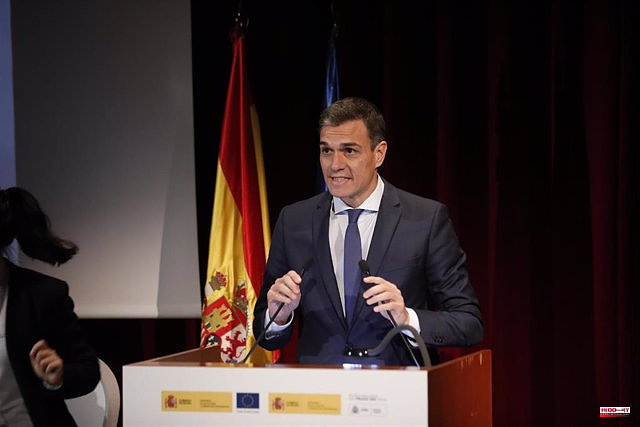 He is going to meet with the presidents of Switzerland and Rwanda, with the leaders of Arcelor Mittal and with the sovereign wealth fund of Singapore

The President of the Government, Pedro Sánchez, will meet next week at the economic forum in Davos with the main leaders of Intel, Qualcomm, Micron and Cisco, large companies in the microchip and semiconductor sector to attract investment to Spain in this field . The president will travel to Davos on Monday at noon and will return to Spain on Wednesday morning.

Sánchez will hold bilateral meetings with these directors with the aim of attracting microchip design and production capacity, as reported by Moncloa and after the Government approved on Tuesday a Perte for semiconductors and microchips of 11,000 million euros.

From Moncloa they point out that Spain is going to offer a resource project sustained over time and the strength of the country, while indicating that Davos is the best platform to present this project to large companies, which seek to relocate from Asia to have more security of supply.

However, they warn that this type of investment does not take place immediately, it requires months of negotiations and therefore the Government's forecasts do not include announcing a large investment after these meetings. The objective is to open the door to this possibility and continue negotiating in the coming months.

The Chief Executive will also meet with Temasek, Singapore's sovereign wealth fund, which has shown interest in investing in Spain, according to Moncloa sources. The Government will try to ensure that these investments are directed to sectors that they consider to be priorities, such as the ecological transition, digital transformation and industrial autonomy.

In addition, there will be a meeting with the leaders of Arcelor Mittal in which they will discuss pending investments in Spain. The company has several plants in the national territory and they are pending to undertake a decarbonization process.

The Executive wants the company to invest in this transition and has indicated that conversations are underway to find out what support they need to maintain the plants in Spain and, if possible, expand their production in the country.

The election of Rwanda, according to government sources, responds to the fact that he is an African leader with the ability to influence the continent and that he has been in favor of Ukraine in United Nations resolutions. In the Government they assume that throughout the forum there will be a lot of activity related to the war and they try to know the perception that there is in other regions about it so as not to lose the narrative of the war.

Throughout the day, the president will also seek to have an informal meeting with the Prime Minister of Moldova, Natalia Gavrilita, to recover the trip that he had scheduled at the end of April and that he finally canceled in order to go to the Congress of Deputies to the vote on the plan against the consequences of the war.

In addition, Sánchez is going to inaugurate a dinner on the global role of Europe together with the Greek Prime Minister, Kyriakos Mitsotakis, and the President of the European Central Bank, Christine Lagarde.

1 The governor of the Bank of Spain appears in Congress... 2 The Government, open to assessing the extension of... 3 Alonso: "We want to change the dynamic in Barcelona... 4 Christian Dubé candidate in the next elections 5 They demand that Colau rename the Plaza Països Catalans... 6 An off-duty local police officer prevents a gender-based... 7 The Basque Government authorizes the third degree... 8 Roland-Garros: Rebecca Marino really wanted to be... 9 Giuliano, the highest scoring Simeone 10 Tebas is not "happy" because Rubiales "suffers"... 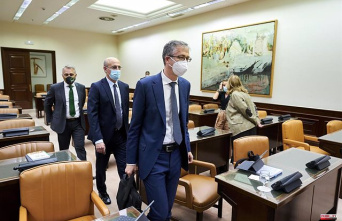 The governor of the Bank of Spain appears in Congress...