Yesterday it was publicly known that Begoña Gómez, the wife of Pedro Sánchez, has left her position as director of the Africa Center of the Instituto de Empresa (IE), which she had held since the summer of 2018, just after her husband became president of the Government after the motion of censure against Rajoy. 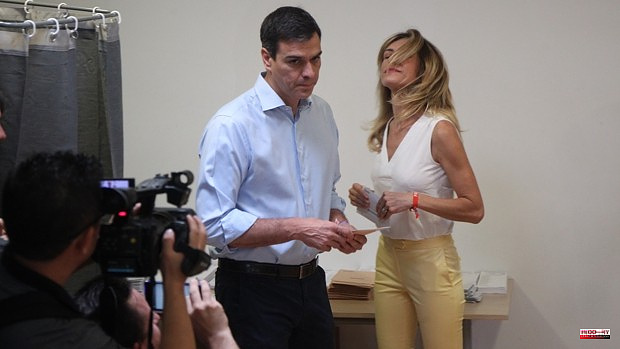 Yesterday it was publicly known that Begoña Gómez, the wife of Pedro Sánchez, has left her position as director of the Africa Center of the Instituto de Empresa (IE), which she had held since the summer of 2018, just after her husband became president of the Government after the motion of censure against Rajoy. According to sources from IE itself to this newspaper, Begoña Gómez separated from this prestigious institution "some time ago", although without specifying the exact date. What these sources have confirmed is that Begoña Gómez's departure from IE occurred "during this year" and, in any case, before this month of June.

However, ABC has verified that the president's wife has participated during the last week in different public and international forums where she has continued to present herself as director of that same IE Africa Center.

Therefore, when it was already completely disconnected from this institution. Not in vain, the Instituto de Empresa itself has also confirmed to ABC that, at least since last May, the director of its Africa Center was no longer Begoña Gómez, but Eniola Harrison, an expert in the field and former head of Programs and Collaborations of this entity.

With Harrison already as director of the Africa Center, Sánchez's wife has continued to appear in that position at various official events. Thus, this same June 1, she spoke at the XX Fundraising Congress held in Madrid by the Spanish Fundraising Association (AEFr), as the raising of public funds for non-profit organizations is called. Yesterday, in the speakers section, a review of Begoña Gómez appeared in which she appears literally as "director of the IE Africa Center", among other current positions she holds.

The same thing happened again the next day, on June 2, when Sánchez's wife participated in another forum with members of the government presided over by her husband, such as the Minister of Industry, Commerce and Tourism, Reyes Maroto (PSOE). In this case, it was the fifth international congress of the Alliance for Ibero-America Business Council (Ceapi), which was held just six days ago in Punta Cana (Dominican Republic). Ceapi's website still yesterday included a curriculum of each panelist of this international forum. Among them, Begoña Gómez, who in her professional review introduces herself again as director of the IE Africa Center, to which she no longer belonged.

There are other institutions that also continue to present Begoña Gómez with a position that she left "some time ago", as the IE insisted yesterday. A situation that is not explained by external errors or updating, since it is repeated even in the chair and the master's degree on Competitive Social Transformation that Begoña Gómez herself directs at the Complutense University of Madrid. Even on the website of which she is now one of her main activities, in the teachers' section of these studies, she was also listed yesterday as director of the IE Africa Center, despite the fact that she has not been since. long time.

These three contrasting and current examples are a reflection of the singularity that surrounds the departure of Sánchez's wife from a position that has generated controversy since it was known four years ago. The mystery about the specific date on which the president's wife left the IE prevents us from confirming how long she has been appearing as director of the Africa Center without being.

Another recent example is the colloquium organized on March 10 during the Complutense Women's Week. In that act, in which senior executives from Metro de Madrid, Grupo Shiseido and Alain Afflelou took part, Begoña Gómez was also the protagonist. And, once again, as director of the IE Africa Center.

1 Sánchez angers Germany by leaking that he is studying... 2 Spain and Morocco begin to study the geographical... 3 The PP believes that Feijóo beat Sánchez in the... 4 The new threats Johnson faces after passing the confidence... 5 Russia moves closer to capturing Ukraine's Donbas... 6 Japan's economy is contracting, but at a lower... 7 The US urges allies to cooperate in the face of N.... 8 Zverev, operated on three torn ligaments 9 Agriculture forecasts that the cereal harvest will... 10 EBAU 2022 begins in Castilla y León: more than 10,800... 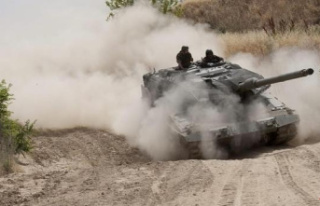 Sánchez angers Germany by leaking that he is studying...