The Government of Pedro Sánchez is providing an extra 788 million euros to the Mossos, the Catalan regional police that the independence movement installed in the Generalitat has been wanting to reinforce for years. 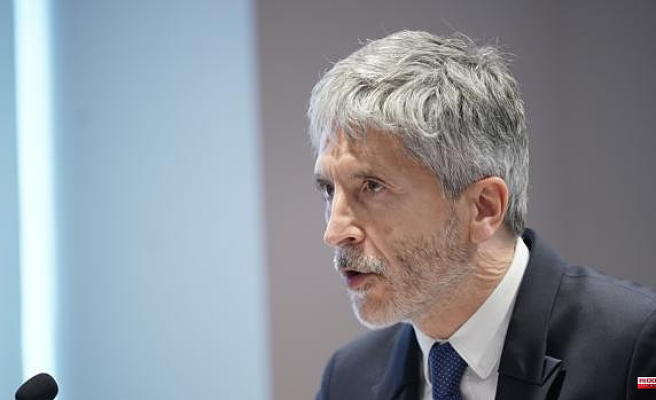 The Government of Pedro Sánchez is providing an extra 788 million euros to the Mossos, the Catalan regional police that the independence movement installed in the Generalitat has been wanting to reinforce for years. He tried unsuccessfully with Rajoy, but found the ideal occasion when the nationalists supported Sánchez to La Moncloa by supporting his motion of censure against Rajoy, in June 2018. The Generalitat, which had been demanding extra funds from the State for the Mossos for years, not only has he achieved the goal but has even exceeded his own expectations. They have overcharged him while ERC, which holds the presidency of the Generalitat, has become one of Sánchez's recurring partners in Congress.

According to the official accounts compiled by ABC, the Government has already paid the Mossos 452.11 million from that extra financing plan agreed with the independentistas.

They were paid from the general state budget for 2021. And now they are preparing to inject another 336.33 million euros, which are allocated in the state budget for this year. In other words, in two years, 788 million to strengthen the structures of the Catalan regional police, which has been in the spotlight for its attitude during the independence coup in the fall of 2017, which forced the State to intervene and send Catalonia a large contingent of national police and civil guards. The following year, already with Sánchez in La Moncloa and at the same time that his Government had begun to maneuver to inject extra funds to the Mossos, they were once again involved in the controversy due to their inaction in the face of incidents caused by the CDR independence groups (Comités de Defense of the Republic). It reached such a point that, in December 2018, some letters sent by the Government to the Generalitat came out in which it criticized the passivity of the Mossos in the face of the CDR's disorders.

These lurid episodes contrast with the privileged financial treatment that the Government has been establishing with the Generalitat to reinforce the economic capacity of the Mossos. To the extra 788 million euros, which the State contributes for this purpose between last year and the current one, another 220 million will be added that the Sánchez Executive has firmly promised, also for the Mossos. He plans to pay them next year, charged to the 2023 state budget.

When that third payment that he has promised is made, the extra injection to the Mossos will rise to a total of 1,009 million, 44% more than what was agreed in September 2018. Meanwhile, in the last three years the Government of Sánchez has spared 422 million euros from the National Police and the Civil Guard. It is the part of the budget of the citizen security area that has stopped executing in 2019, 2020 and 2021. In 2019, of the 6,282.84 million that the budget reserved for the citizen security program of the Ministry of the Interior amounted to, 148.6 million remained unspent. The following year, 126.95 of the 6,742 million that had been allocated in the same budget were not executed. And last 2021 the unspent part amounted to 148.63 million, on a budget of 7,058.82 million euros.

Those funds not executed in the Interior contrast with the extra injection for the Mossos. In this case, the Government has not only scrupulously complied with everything promised, but has also done so excessively. In September 2018, when for the first time he agreed with the Generalitat to irrigate the Mossos with extra funds, the then Catalan vice president and current president, Pere Aragonès (ERC), spoke of 700 million euros, and congratulated himself on the figure . However, on March 2, when the central government and Generalitat sat down to analyze how compliance with those September 2018 agreements was progressing, the official statement from Moncloa raised the figure to 1,009 million, to be paid in three annual installments, at a rate of about 336 million per year between 2021 and 2023. In addition, at that time the first installment had already been paid, in 2021, and it had been much higher than 336 million: 452.11 million euros were paid.

The professional organizations of the National Police and the Civil Guard have criticized the fact that the Government leaves part of the budget of the Ministry of the Interior unexecuted and gives economic priority to the Mossos, while wielding budgetary limitations so as not to improve their salary conditions and remedy material deficiencies. national police and civil guards.

It is the Ministry of Finance, in its budget design functions, that allocates the funds: on the one hand, the items consigned to the Interior; on the other, the extra money that is injected for the Mossos, within the framework of regional financing. And all this under the guidelines of Moncloa, since the financial agreements with the Generalitat have been a prominent part of Pedro Sánchez's strategy since he was in power thanks to the votes –among others– of Catalan independentistas.

In the part that touches him in these figures, from the Interior they minimize those 424 million that he has left unspent in the area of ​​citizen security during the last three years. To questions from ABC, official sources from the Ministry led by Fernando Grande-Marlaska indicated yesterday that those 424 million represent around 2% of the entire budget allocated for citizen security. In other words, these items were executed at 98%, what stands out is a very high degree of compliance. "No government department manages to execute one hundred percent of its budget credit in each year," they indicate from the Interior leadership.

However, professional organizations such as the Unified Association of Civil Guards (AUGC) insist that it is not acceptable that the Government, instead of reinforcing the Interior budget items and executing them in full, has injected an extra 788 million for the Mossos and has promised another 220 for next year. It urges the Government to "deal once and for all with the claims of the civil guards and stop showing the clear and evident discriminations that the civil guards are subjected to with respect to the rest of the regional police."

The AUGC spokesman, Pedro Carmona, stresses to ABC that "the civil guards are not willing to sit idly by while differences and grievances continue to perpetuate themselves in this public security body." Remember that both national police and civil guards are still waiting for "full compliance with the salary equalization agreement", which the Government of Mariano Rajoy signed and promulgated in March 2018 and that Sánchez assumed when he settled in La Moncloa three months later, motion of censorship by

The AUGC has brought actions before the Supreme Court to demand compliance with this salary equalization agreement. In November of last year, the TS admitted the claim for processing. One of the clauses pending compliance establishes that the Interior must promote the necessary legislative measures to guarantee that, in the future, there cannot be a salary dysfunction between police officers who perform the same functions.

1 Portugal, the first European country to sell an apartment... 2 [VIDEO] A residence ravaged by fire in Chomedey 3 Lots of work to do for Maude-Aimée Leblanc 4 Schedule unveiling: A warm fall in sight in the NFL 5 The Oceanic eliminates the Sea Dogs 6 A necessary break for De Haître 7 Arcade Fire: “It was too long” 8 Desjardins: significant drop in earnings before member... 9 At least 11 dead after ship capsizes off Puerto Rico 10 Airef urges the Government to rethink the tax reductions... 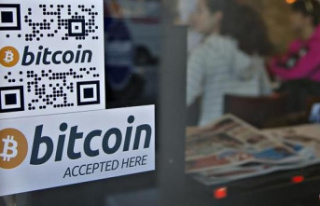 Portugal, the first European country to sell an apartment...