This Saturday, in Nerja, Irene Sánchez-Escribano was 16 hundredths away from winning her seventh title as champion of Spain in the 3,000-meter steeplechase and less than two and a half seconds from her passport to the World Cup in Eugene (United States). 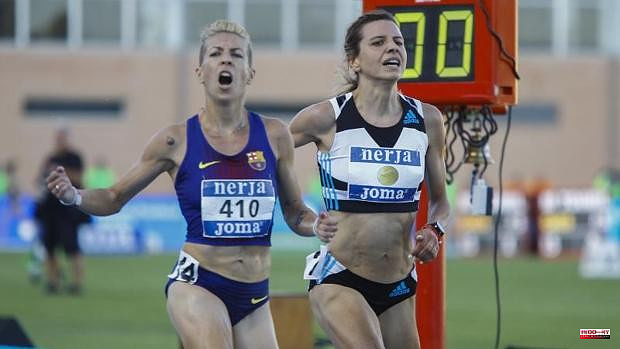 This Saturday, in Nerja, Irene Sánchez-Escribano was 16 hundredths away from winning her seventh title as champion of Spain in the 3,000-meter steeplechase and less than two and a half seconds from her passport to the World Cup in Eugene (United States). The athlete from Toledo, who will turn 30 in two months, was stripped of the reign by Carolina Robles, a friend and training partner in a race in which both agreed that the first objective had to be to get below 9:30 and then win the stronger.

Thus, both athletes took over from the beginning. If Sánchez-Escribano was in the lead in the first round, Robles was in the second and so on. In the first kilometer they were under 3:10, with which the plan went perfectly.

However, the second was much slower and they went over 6:23. That forced to make an extraordinary last thousand, which did not happen. The Sevillian took off with two laps to go and managed to open a gap that she maintained until the finish line, although the Toledo pressed in the final stretch and was about to come back. Robles set a time of 9:32.24, while Sánchez-Escribano clocked 9:32.40.

In any case, both will go to the European in Munich (Germany), which is held between August 15 and 21 and for which they already had the minimum. As an anecdote, the third finisher was Marta Serrano, a very young 19-year-old athlete, who broke the Spanish sub-23 record with a time of 9:48.64. It so happens that Marta is the daughter of Antonio Serrano, born in La Solana and coach of both Sánchez-Escribano and Robles.

On the other hand, Sonia Molina-Prados, from Manzanares, was second in the final of 100 meters with a time of 11.31, five hundredths of the Catalan Jael Bestué. Both benefited from the fact that the great favorite, the Sevillian Maribel Pérez, suffered an indisposition after the semifinal and could not run the final sprint. In the men's 100 meters, Alberto Calero, from Mota del Cuervo, was fourth with 10:42. In addition, José González Barragán, from Ciudad Real, was unable to run in the final as he was ahead of the start.

The Spanish championship ends this Sunday. Paula Sevilla, from La Solana, and Manuel Guijarro, from Villarrobledo, start on pole to be champions in the 200 and 400 meters, respectively. Finally, Rosalía Tárraga, from Alatoz, set the best time in the 1,500-meter semifinals this Saturday and will also go all out.

1 Alcázar de San Juan evokes its railway past 2 Barcelona closes an almost perfect season with the... 3 The Royal Family, in the function of the choreographer... 4 Sherry Vinegar, infinite possibilities as a result... 5 The last time an overweight, depressed Elvis Presley... 6 The Cadena 100 anniversary brings together the best... 7 Music to see, touch and smell 8 Madrid premieres bailaores with duende and title 9 Which countries will attend the NATO Summit? 10 The G-7 will draw up a strategy to alleviate the famine... 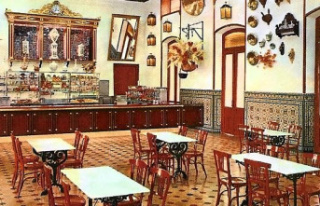