The leak about Spain sending arms to Ukraine has put German Chancellor Olaf Scholz in a serious bind. 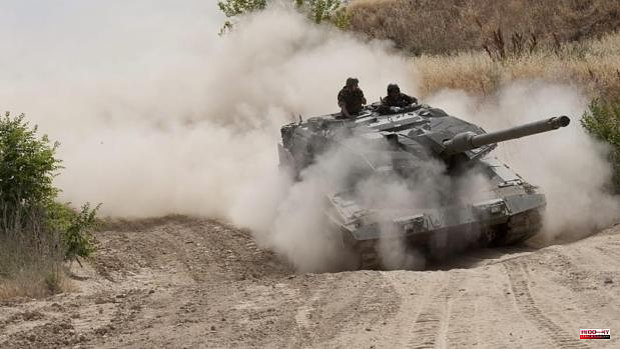 The leak about Spain sending arms to Ukraine has put German Chancellor Olaf Scholz in a serious bind. Citing sources from the Ministry of Defense, it has been published that the Government of Pedro Sánchez is preparing to deliver around 40 Leopard 2 A4 combat tanks, which are German-made and require, for their delivery to third parties and in conflict zones, explicit consent of the German Government.

Due to its military history and in application of the pacifist spirit of the laws of the Federal Republic of Germany, all exports of heavy weapons include "end-use clauses" in the contracts that, in the event of transfer to third parties, require consent. by Berlin.

Such permission would upset Scholz's delicate balance of supporting Ukraine but avoiding steps that might upset Vladimir Putin or brand Germany as Russia's enemy. For this reason, Germany has for months denied consent to several European countries that have so far attempted to send German-made heavy weapons to kyiv.

From the conservative opposition, the CDU has not missed the opportunity to underline the inconvenient dilemma faced by the German chancellor after the leak: the authorization of the shipment of the Leopard will rectify its own strategy and the rejection will reinforce the image of Germany as a brake of Western support for Zelensky. The deputy leader of the CUD parliamentary group, Johann Wadephul, has declared that "if Spain wants to deliver the Leopard 2, the German federal government must make it possible quickly" and has insisted that "Germany leaves Ukraine every day that does not arrive there heavy weapons”, statements that imply an open criticism of Shcolz's extreme prudence. The CDU spokesman for foreign affairs, Roderich Kiesewetter, has urged the federal chancellor, for his part, to give an answer as soon as possible.

The leak has also caused angry reactions from the partners of the 'traffic light coalition', in which Scholz governs with greens and liberals, who hold opposing positions regarding shipments of weapons of this type, and which has been found out by the press. From the Liberal Party (FDP), the president of the Bundestag Defense Commission, Marie-Agnes Strack-Zimmermann, has urged Scholz: "We don't have time to debate" and "I hope that Economy Minister Robert Habeck immediately grants the approval for export.

Although where this information has caused the most confusion has been in the ranks of Scholz's Social Democratic Party (SPD), which is not in favor of such deliveries and has been justifying its refusal in a tacit agreement between NATO allies not to add combat tanks to the armed conflict. The announcement raises a question about whether Sánchez is skipping the NATO agreement or if the SPD, the sister party of the PSOE in Germany, with which he has had a historical relationship for decades, is lying.

And in the midst of the escalation of declarations, during a complicated visit to Lithuania, in which he also met with the heads of government of Estonia and Latvia, Scholz has been forced to answer journalists' questions about such a thorny issue. . The German chancellor has limited himself to saying that he knows nothing of the intentions of the Spanish government. "Germany has not received any request for consent to the delivery of German-made Leopard 2 tanks to Ukraine," he has said. Economy Minister Robert Habeck, a member of Los Verdes and who should sign the permit, has confirmed that there is no request from Madrid and that, if it arrives, it will be "carefully examined." "I cannot anticipate the result of this examination now, but the official channels are clear," the minister said yesterday.

Germany has been denying its authorization for such heavy weapons exports to Ukraine since the beginning of the Russian invasion. It has only been granted for deliveries of old weapons, such as howitzers from the GDR, the former communist Germany, by Estonia, a technology not comparable to the modern Leopard. The controversy over the Spanish Leopard has jumped at a delicate moment, in which Scholz is promising Lithuania contributions to reinforce the eastern flank of NATO and while the Atlantic Alliance carries out military maneuvers in Poland and the Baltic countries.

The discomfort caused to the Germans occurs for La Moncloa on the eve of the NATO summit in Madrid, on the 28th, 29th and 30th of this month, and precisely with one of Sánchez's few counterparts on the continent with whom he shares political family. In addition, arming the Ukrainians, something that had been done until now but with lighter ammunition, such as grenades or machine guns, has been another important point of friction with the coalition partner, United We Can, since the war began.

1 Spain and Morocco begin to study the geographical... 2 The PP believes that Feijóo beat Sánchez in the... 3 The new threats Johnson faces after passing the confidence... 4 Russia moves closer to capturing Ukraine's Donbas... 5 Japan's economy is contracting, but at a lower... 6 The US urges allies to cooperate in the face of N.... 7 Zverev, operated on three torn ligaments 8 Agriculture forecasts that the cereal harvest will... 9 EBAU 2022 begins in Castilla y León: more than 10,800... 10 Inditex earns 760 million, 80% more, in the first... 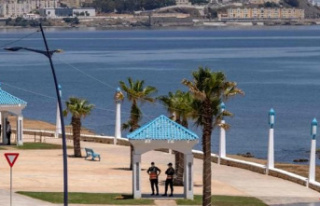 Spain and Morocco begin to study the geographical...