Smart submits Miami: the Celtics even the series

Bolstered by the return of Smart and Horford, the Boston Celtics took a resounding 127-102 victory from the Miami Heat court on Thursday with which they tied the NBA Eastern Conference final 1-1. 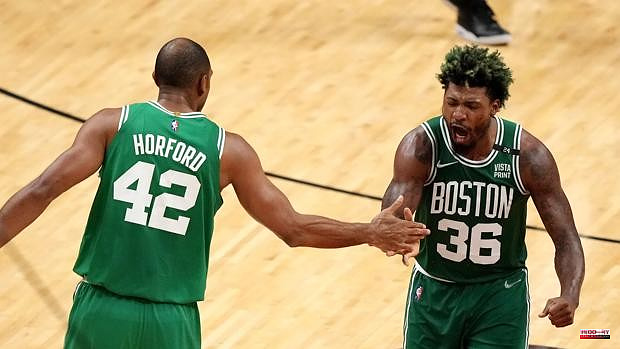 Bolstered by the return of Smart and Horford, the Boston Celtics took a resounding 127-102 victory from the Miami Heat court on Thursday with which they tied the NBA Eastern Conference final 1-1. The Celtics handed the Heat their first home loss of these playoffs thanks to a monumental first half in which Jayson Tatum scored 17 of his 27 points in the second quarter alone.

With fierce intensity on both ends of the floor, Marcus Smart was key to the Celtics' reaction, signing one of the best games of his career, in which he bordered on a triple-double and finished with 24 points, 9 rebounds, 12 assists and 3 robberies.

"I felt bad for not being able to be with my teammates. It's a blessing to be on the track with them and go into battle against a very good team like Miami," said Smart, who was chosen this season as the NBA's Best Defensive Player.

For the Heat, only their leader Jimmy Butler, with 29 points, stood up to the overwhelming collective performance of Boston. "I don't want to turn the page (yet), this has to hurt," Butler stressed to the press. "They tried to shame us, and they did."

On Thursday, the series seemed to be going ahead for the Heat as they started the game with an 18-8 run and four 3-pointers made. But the success changed sides dramatically and the Celtics began to bombard the Heat from the outside line until they finished the first quarter with 9 triples of 11 attempts (81.8%).

With six of their seven rotation players scoring from long range, the Celtics put on a recital of ball circulation until they found the best-placed teammate. Tatum, in another museum piece of his dazzling playoffs, was the spearhead of a team that is chasing its first Finals since 2010 and that has already left candidates like the Nets and the defending Bucks on the road.

The Celtics went into the break with 70 points scored, their most on the road in a first half in the playoffs since 1972. Around the locker room, and down 25 points, the only Heat player to react was Butler, who He was coming off 41 points on Tuesday.

Miami cut the deficit to 18 points but Celtics coach Ime Udoka stopped the momentum with a timeout and his charges regained control.

Center Bam Adebayo (6 points and 9 rebounds) and shooting guard Tyler Herro (11 points), Butler's usual offensive allies, were blurred and alternatives from the bench such as Victor Oladipo or Duncan Robinson did not change the course of the game either. Midway through the fourth quarter, a large part of the Heat fans left their seats when they saw that the Celtics had a 31-point lead.

“This only counts as one match. We do not like it. We have to solve some things, "acknowledged Erik Spoelstra, Miami coach. "When you get to this stage there are only very good teams, without many weaknesses."

Boston will now have home court advantage in the next two games of the tie, beginning with Game 3 on Saturday at TD Garden. The winner of this series will face the Dallas Mavericks or the Golden State Warriors in the NBA Finals, who dominate the West tie 1-0.

1 iPhone 13: on sale at the best price before the sales 2 Rufián (ERC) on the return of the King Emeritus:... 3 War in Ukraine: Donbass "completely destroyed",... 4 Social Security notice to retirees and pensioners... 5 RSA: a minimum of activity demanded by Macron in return!... 6 Sainz and Alonso dream of a great performance in front... 7 Alma Pérez, runner-up in Europe in -53 kilos; Adriana... 8 Last white rehearsal on his desired way to Paris 9 Iraola will continue training Rayo next season 10 Monkey pox: a first confirmed case in France 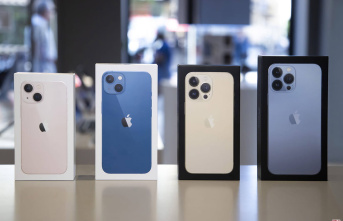 iPhone 13: on sale at the best price before the sales