Slovakia offers all its Mig 29 aircraft to Ukraine

Slovakian Prime Minister Eduard Heger announced on Monday that he has decided to hand over his entire fleet of Soviet Mig 29 fighter-bombers to Ukraine to support the Ukrainian war effort. 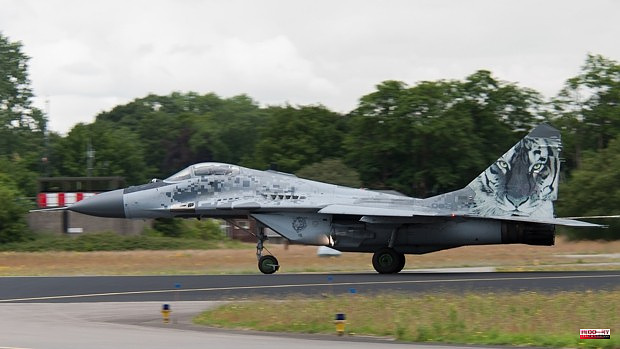 Slovakian Prime Minister Eduard Heger announced on Monday that he has decided to hand over his entire fleet of Soviet Mig 29 fighter-bombers to Ukraine to support the Ukrainian war effort. The decision has been made in coordination with its neighboring Czech Republic, which will be in charge of patrolling its airspace until this country receives the 12 American-made F-16s that are expected to be delivered in the coming months and that were to replace the aircraft now donated.

Slovakia has a dozen SD version MiG-29 aircraft, which in 2005 were upgraded with technologies compatible with NATO systems that included improvements in communication and navigation systems, as well as a new cockpit canopy with ability to use LCD multifunction displays.

However, these devices continue to use the same type of weapons and missiles of Russian origin. This combination will allow the Ukrainian aviation to use these planes quickly, since their pilots know the device, and their own ammunition.

Heger has hinted that he could also donate to Ukraine some thirty T-72 battle tanks also of Soviet origin, apparently as soon as NATO armored forces have been deployed in the country to guarantee the protection of this country.

The idea of ​​donating fighter-bombers to Ukraine had already been mooted early in the war with a first offer from Poland proposing that they fly from a US air base in Germany, which Washington felt raised "serious concerns." about possible Russian retaliation. Moscow has warned that such a decision would be a hostile act equivalent to "participating in war".

Ukraine once had about 80 Mig 29s but lost almost half of them to the Russian invasion of Crimea in 2014, captured at its base.

1 At least one dead and eight injured after a shooting... 2 European citizens stockpile basic goods 3 Why is the 4th of July celebrated in the United States... 4 Germany considers offering tax-free payments to avoid... 5 More than a third of Spaniards have never heard of... 6 Unemployment benefit: this is the new SEPE model to... 7 Nadal and directo against Van de Zandschulp 8 Pope Francis' close friend, Cardinal Hummes,... 9 Canadian government: China Tycoon due to be tried 10 Distressing rescue of a boat in Gran Canaria that... 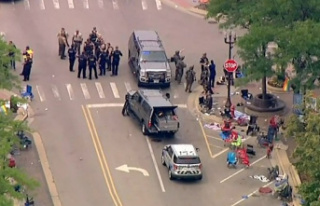 At least one dead and eight injured after a shooting...