After a gripping winter sports show, Karl Geiger was celebrated by 25,000 completely enthusiastic fans in the ski-jumping madhouse in Oberstdorf. 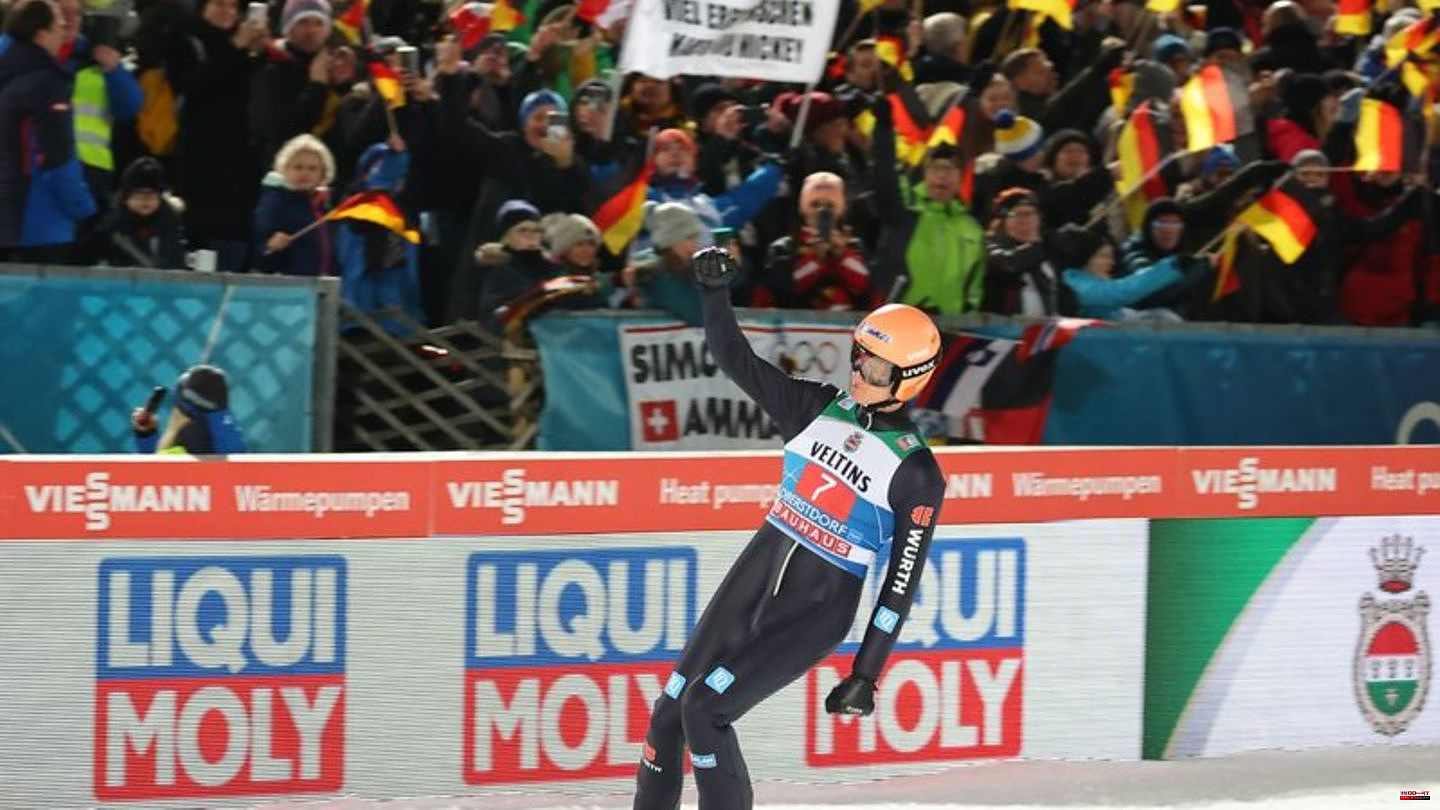 After a gripping winter sports show, Karl Geiger was celebrated by 25,000 completely enthusiastic fans in the ski-jumping madhouse in Oberstdorf. The local hero trudged into the run again, took the stadium microphone and thanked the cheering spectators.

"It was great fun. I'm really happy, even if it wasn't enough for the podium," said Geiger and called afterwards: "You're amazing!" Fourth place Geiger gave the German team a surprisingly good start in the 71st Four Hills Tournament - even if the outstanding winner Halvor Egner Granerud is already around ten meters ahead of him.

"I managed a really good jump," said Geiger about his jump of 134 meters in difficult conditions in the second round. Previously, the best jumpers had to wait a long time due to changing conditions. The competition lasted almost two and a half hours in total.

"We can be very satisfied with the performance of our athletes," said national coach Stefan Horngacher, who was also pleased with Andreas Wellinger's sixth place. "Really respect for Karl and Andi Wellinger, who did a great job. With the pressure and the spectators, they handled it very, very well."

That wasn't necessarily to be expected for either of them. Wellinger, but also the 29-year-old violinist have had a mixed season so far. Last year, team world champion Geiger competed on his home hill in the yellow jersey of the leader in the overall World Cup. This time he started in seventh place. A third place in Titisee-Neustadt as the only podium place so far this season is actually not enough for the ski jumping inventor's demands. Now Geiger showed what he can do.

Long flights at the tour dress rehearsal in Engelberg and a successful qualifying day after the Christmas break with his wife Franziska and his daughter Luisa allowed confidence in their own strength to grow again.

Geiger: Granerud "on another level"

For the first time since the beginning of the corona pandemic, the athletes experienced the finest party atmosphere at the Allgäu Ski Jumping Festival. "Pull Karl Geiger - we'll go with you again," said a banner. Long before the first jumper took off, the fans were celebrating in the streets and alleys of the otherwise tranquil town. 25,000 ski jumping fans in the town of 10,000 meant a state of emergency. Brass bands in front of the pubs, an open-air stage, and even the police ensured a folk festival atmosphere: pop music and party hits rang out from the loudspeakers on a large police van at the train station.

Wellinger also enjoyed the atmosphere. "Overall, I'm super happy. Those were really good jumps again," said the 27-year-old. Granerud showed even better flights. "It's crazy. He's already jumping on a different level," said Geiger after his sentences of 142.5 and 139 meters. "But he has to get through it first." Granerud won clearly ahead of the two Poles Piotr Zyla and Dawid Kubacki.

Next low point for Eisenbichler

While the podium jumpers were happy, Markus Eisenbichler was not in a party mood at all. The three-time world champion from Seefeld 2019 has been in a sporting crisis for weeks and experienced his next low point. For the 31-year-old, the competition was over after the first round after a jump of only 115 meters.

"You really think the crap is going uphill now," said the frustrated and helpless Eisenbichler on ZDF. "The constitution is wrong at the back and at the front," added the emotional Bavarian. He's even considering a break given his ongoing performance issues. "I have to talk to the coaches to see if it makes sense to continue torturing yourself," he said.

Horngacher does not believe in a possible premature exit. "You have to talk to him calmly, but I'll appeal for his continued involvement," said the national coach. "He can look at it completely relaxed now, observe himself a bit and be there for the other guys. That's important too." 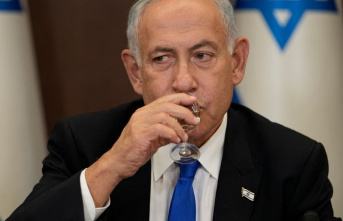 Israel: Swearing in: Concern about Netanyahu's...