Six visually impaired students from the Canary Islands have achieved an unprecedented milestone, and that is that despite the fact that they cannot see, they have been able to discover a new variable star. 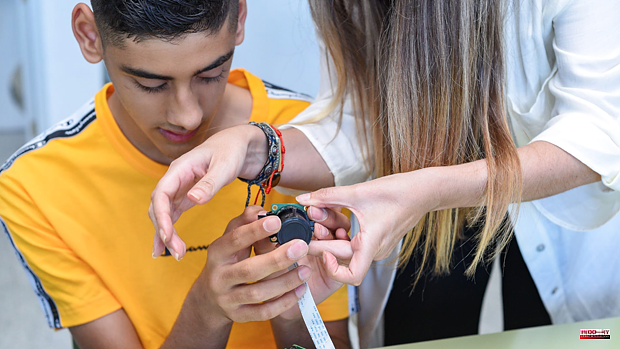 Six visually impaired students from the Canary Islands have achieved an unprecedented milestone, and that is that despite the fact that they cannot see, they have been able to discover a new variable star.

They have provisionally called it 'K', and it is the first time that visually impaired students have successfully completed this experience.

The discovery took place in the second session of the sonification workshop for blind students from the Canary Islands, where six students with visual disabilities from centers in Gran Canaria, Fuerteventura and Lanzarote used the sonification technique autonomously, which allows analyzing the multiple light curves of different stars located in the Constellation of the Eagle and transform them into sound.

From its detection, the registration process begins in the international database 'VSX' of variable stars, corresponding to the American Association of Variable Star Observers (AAVSO), based in the United States.

This workshop is part of a research and training program started two years ago by the 'Henrietta Swan Leavitt' Astronomical and Educational Association (AAEC), which has allowed Canarian students to make real scientific discoveries from the classroom. The workshop began with a tour of the Universe, through the birth of photons in the heart of stars and with a tour of constellations, mythology, poetry, asteroids, comets, exoplanets and variable stars.

1 The promoter of the World Trade Center settles in... 2 King Juan Carlos I returns to Spain after two years... 3 Twenty teams will play in Sanxenxo the third series... 4 New black session on Wall Street, one of the worst... 5 Lightning: the attractions of a champion team 6 CFL: Players in Alberta to join strike Thursday 7 The Cutty Sark Spirit of Adventure returns to Palamós 8 France team: Giroud and Pogba alone absent from a... 9 Athletic creates the first supporters' club in... 10 Inflation: the opposition is getting impatient in... 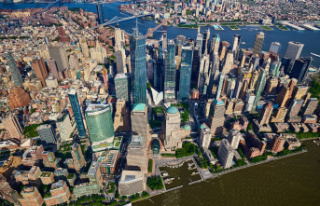 The promoter of the World Trade Center settles in...