Simon: "I thought it would be nice if we could see Gilles Simon again"

In the afternoon on Tuesday, Gilles Simon (37 years old; 158th in the world) had shared with all of French tennis the emotion of Jo-Wilfried Tsonga lowering the curtain of a rich career set with titles and memories. 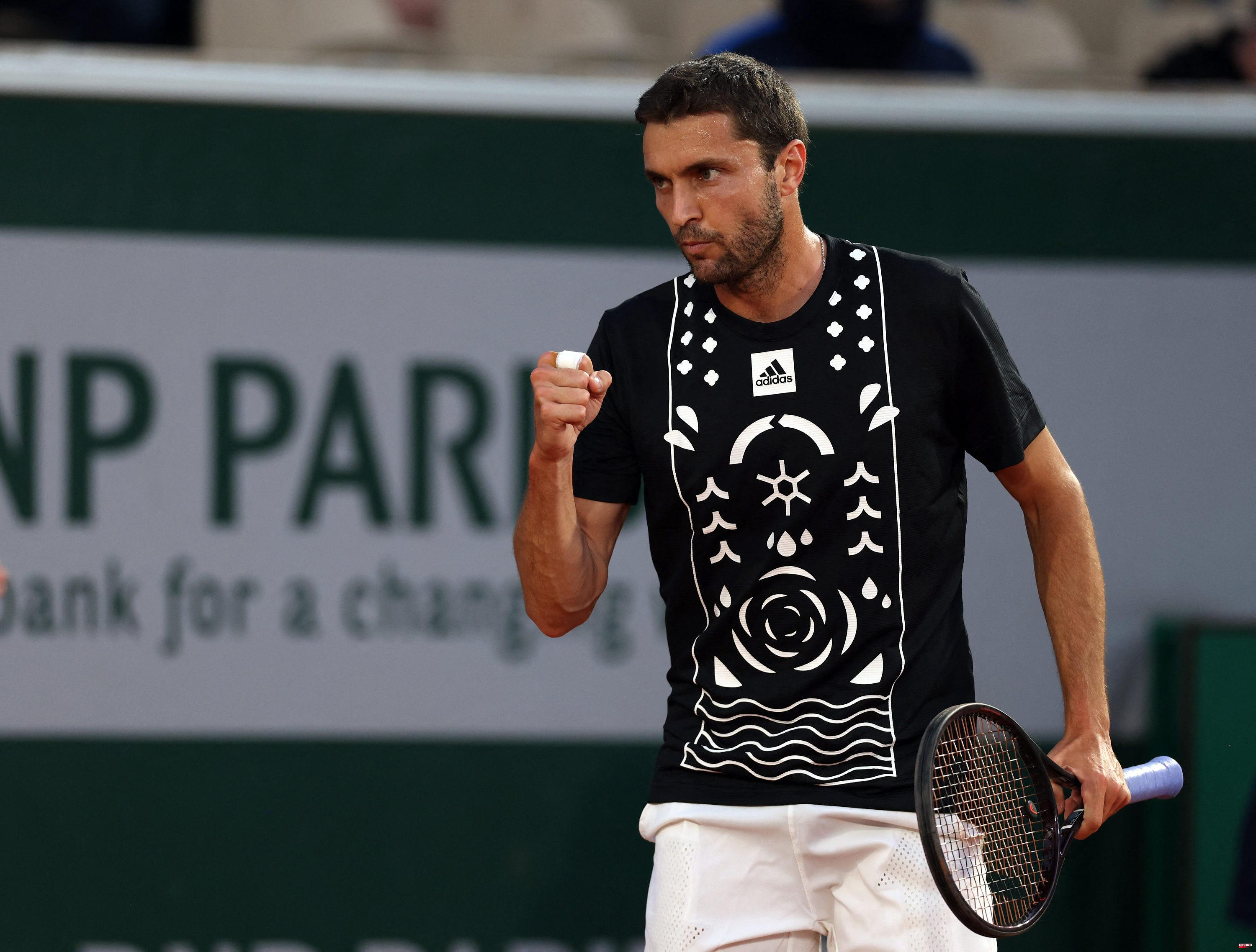 In the afternoon on Tuesday, Gilles Simon (37 years old; 158th in the world) had shared with all of French tennis the emotion of Jo-Wilfried Tsonga lowering the curtain of a rich career set with titles and memories. The Niçois, a few hours later, entered his last Roland-Garros. With envy. But deprived of certainties. In front of his family (“All my family was there, my guys usually go to bed at 9 a.m.”), he eliminated Pablo Carreno Busta (seed n°16) 6-4, 6-4, 4-6 , 1-6, 6-4. After seeing the Spaniard equalize in 2 sets everywhere, lead 4-2 in the 5th set. “I hadn't won a match for three years (sic). It's unreal. The victory when I entered, it was far… And I made a good set, then a second. And it balances out, it's normal, he's in good shape. It stings, I have a blister on each finger. At the beginning of the 5th, I do point by point, game by game. I try to be brave. I feel that I have a cramp with each service. It's so unlikely. Thank you…”, he delivered on the court. In the second round he has an appointment with the American Steve Johnson (92nd in the world). Before thinking about it, at 1:30 a.m. on the night of Tuesday to Wednesday, he told his crazy evening at a press conference.

The match: “It's an incredible, very unexpected victory. I did not expect to play such a good level from the start. I had had a long, difficult day watching the others, watching Jo, it was hard. When you face a player like Pablo, in terms of play, you know that there are not many solutions because he is solid, he does everything well. It's not as if we had something to cling to tactically, physically it's also worrying because we know he's in better shape, that he'll last longer. When I enter the field, I do not tell myself I will win in 5 sets at 1:30 in the morning, and yet I did. You never know what's going to happen, we're just here to do the best we can and it worked for me. »

Audience: “There are only geniuses left at the end, only real ones. It was an incredible atmosphere, from the start. It's super important. When Pablo runs over me in the 3rd, 4th, at the start of the 5th, they are there. The slightest point I win, they are there, they yell, they get up, they sing. They don't stop. They never stopped. From the first to the last point, it definitely helps. As soon as you regain a game, two games, you feel them go away, it gives you a little energy. It's a bit of energy there, a moment of tension for him, he feels that as soon as he misses he's going to get yelled at and it's not pleasant. That's how it is and that's the advantage we have of playing here. The double which falls at the end at 30A, it does not fall by chance. They were ultra-important, I thank them. »

Physical state: "It's hard, I hurt all over. As expected. But I'm happy to have won. I'll take stock tomorrow (Wednesday), I'm going to have a good night's sleep, that's the most important thing. I will try to manage well. I want to play a match again, to present myself in the best possible shape. It's going to be very, very hard to recover from that one but I'm just happy to have won. It was a big performance. An unexpected performance. I didn't feel able to do it. I just want to enjoy this thing. »

Inspirational Jo-Wilfried Tsonga: “It didn't inspire me or boost me, but it's the end of my career. The end of your career, it's difficult, you don't win a match anymore, you go down you're going to play in the Challenger you say to yourself, hey, it's going to be better, no, you take a beating from the first one who comes because the guys play very, very good because they are very, very strong. You feel that you are going downhill, that you are no longer on the level, that you are making an effort but there are days when things are going well, days when things are not going well. Jo has been going through one, two, three years, he's been injured, when he comes back it's hard, he makes three matches and ''repeats'' himself. I had a big worry when I showed up at Roland, telling myself I could very easily take 6-2, 6-1, 6-1 on a day when I'm tense, when things aren't going well and you say to yourself, 'You do one last Roland but you don't take advantage of it'', you want a good atmosphere but there has to be a match. Looking at Jo, what struck me was that we saw Jo one last time. We saw Jo's last game. We saw Jo who is there, who serves at 220, who sends firecrackers everywhere, who is explosive. It was what everyone wanted to see, that's why we were so excited about his match. I said to myself ''lucky, he managed to do that.'' Me, it's not my last match but it will be my last Roland and probably my last 5 sets, I said to myself it would be good if we could see Gilles Simon one last time, not the one who took 2 and 1 against Oleksii Krutykh (in the 1st round in Heilbronn, Germany) last week, but the one who can be on the field, playing three hours, four hours, who is brave, who will try to find solutions, who will fight. I want to get into the game like this. In this sense, Jo has done me good. He was tough. Often we want, we can't. There, I wanted, I succeeded. »

1 The year of Antonio de Nebrija, Pío Baroja and Jacinto... 2 The reform of the squares of Olavide and Jacinto Benavente... 3 Mathematics is touched on in a new museum in Leganés 4 Corentin Moutet, from imitating Nadal to measuring... 5 The hidden Cuban athlete appears: today he competes... 6 Top 14: Toulon deprived of half of its foreign stars... 7 Rodolfo Hernández, an 'outsider' in the... 8 Bachelet's guarded trip to "Xinjiang Potemkin" 9 Northern Ireland, the smokescreen with which Johnson... 10 "Bachelet's choreographed visit to Xinjiang... 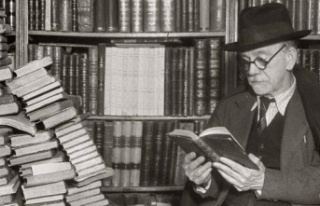 The year of Antonio de Nebrija, Pío Baroja and Jacinto...