Silvia's family, in a coma after a cosmetic operation: "She can die at any time"

An aesthetic operation performed by the desire to look better has ended up becoming the worst of nightmares. 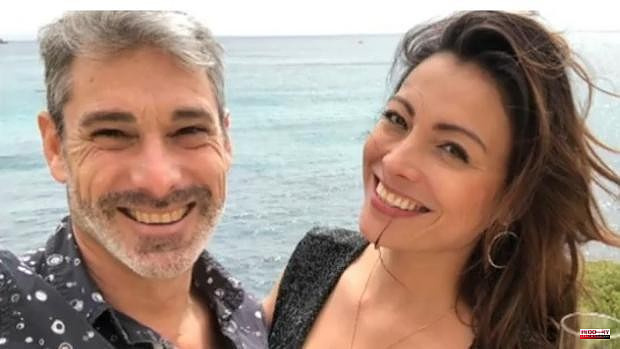 An aesthetic operation performed by the desire to look better has ended up becoming the worst of nightmares. Silvia Idalia Serrano is 34 years old and since May 6 she has been in an induced coma in the ICU of the Hospital de La Paz, in Madrid. Since then, she has struggled to reopen her eyes, to overcome a septic shock caused by a multibacterial infection that has led to multiple organ dysfunction. Everything, after undergoing a triple surgery on April 29 of breast reduction, liposuction on the flanks and abdomen, and transfer to the buttocks. But the fight for life is not proving easy. “She is in a very, very serious condition. She can die at any moment », regrets a close relative, although they do not lose hope that a miracle will occur and the situation will turn around.

Silvia's family has already denounced the European Aesthetic Medical Center for malpractice, a clinic to which the young woman entrusted the operation, and a court has admitted the criminal proceeding, initiating preliminary proceedings. “We want to know what happened during the operation, how things were done. What is clear is that the clinic carried out a poor follow-up and that, if they had detected the infection in time, perhaps Silvia would not be in a coma, ”continues the relative, in conversation with this newspaper.

April 29 was the agreed date for Silvia to undergo this triple operation. The process, which lasted around three and a half hours, was carried out at the VOT clinic in Madrid, where the contracted aesthetic center operates. «Since she leaves the operating room, Silvia does not stop transmitting messages of help, of severe pain. She was only on VOT for one day. She spent that first night in pain. On the morning of the 30th she was discharged when she was unwell », assures the relative. Silvia told them that the drip that gave her the painkiller and the antibiotics stopped working and when she came to a nurse at dawn she saw that it was clogged.

After that day, everything gets worse. «The symptoms are more, the pains intensify. Silvia sends fever, vomiting... she says that this pain cannot be normal », she adds. According to information from the family, the CEME clinic from the beginning assures the patient that "everything is normal." Days go by and Silvia's condition worsens. After complaining repeatedly, the adviser assigned by this private clinic tells her to go to the Pío XII Hospital, the benchmark for postoperative care and emergencies. «She goes on the 4th, 5th and 6th of May. The first day they don't do any tests and they tell her that everything is fine and she should go home. The next day, she performs an analysis in which they tell her again that everything is fine. It is the 6th when she performs an electro and they see something that is not normal, so they call the Samur », affirms the relative.

The version of the clinic, with which this newspaper has been in contact, is completely different. «On the first day a revision is carried out. She's in pain, of course, but she's perfect. He doesn't have a fever. From the first moment of anaesthesia, the patient was on an antibiotic regimen", they assure from the CEME management: "When discharged, all patients leave with the medication. Silvia left here with the antibiotic in her hand and the guidelines for how she had to take it». In the following visit, according to the explanation of the clinic, she "was ten hours under observation and serum was administered, in addition to performing tests." "Whenever she communicates with the counselor, it is the counselor who tells her to come to the hospital," they say. «When she returns on day 6 she is detected dyspnea and tachycardia. By protocol, the doctor calls Samur because she has to be transferred », she says. From CEME they believe that the bacteria "catch her days after surgery." “It will be an expert who says so. This case has us all worried, “they stress.

«Silvia enters La Paz practically dead, with all her vital organs affected. There they tell us that they have never seen such a beast infection, "continues, for its part, the family:" The most flagrant thing is the neglect. She has not been investigated, no tests have been done when she complained and was told that everything was normal. It will be the doctors, the forensics and the judicial investigation that will clarify what has happened.

The family also denounces that the aesthetic clinic does not want to provide the clinical history. «The Data Protection Law says that if the patient is in a coma, they are obliged to give it to the family. We have already requested it by judicial means, “they add. For its part, the center ensures that due to the Data Protection Law they cannot deliver it, although they have been willing to give it to the Ministry of Health.

A month after entering, Silvia continues to struggle between life and death. In La Paz they have subjected her to several interventions where they have cut all the purulent and necrotic tissue of the operated area. Her life, at risk, is the only thing that matters. The doctors are focused on giving you the best care and helping you get ahead, and Justice will be the one to clarify what happened that fateful April 29 in an operating room and the days after it inside the consultations.

1 Round trip ocean races for the IMOCA and Ultim 32/23 2 Nadal: "I'd rather lose the final for a... 3 The J Class will star in the Super Yacht Cup that... 4 Luky Serrano: "There are no judges and officials... 5 Paco Tous and Luis Zahera star in the shocking short... 6 Netflix, from Galicia 'to heaven' with Luis... 7 Acquisitions of nationality grow by 50% in Castilla... 8 These are the cheapest hours of electricity this Saturday,... 9 The alleged killers of Paraguayan prosecutor Marcelo... 10 What is a 'walkover' in tennis and what... 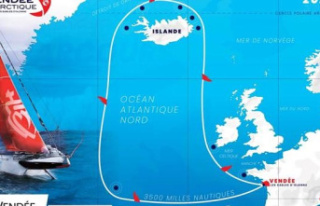 Round trip ocean races for the IMOCA and Ultim 32/23