Siemens Energy makes a bid to buy Gamesa, with the intent of removing it from the Stock Market 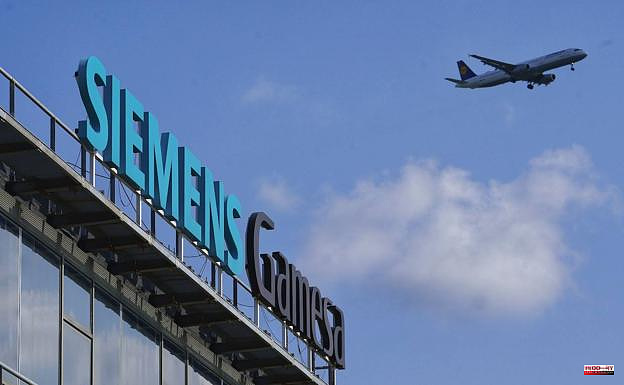 Siemens Energy announced Saturday a voluntary cash buyover bid (OPA), for all shares of Siemens Gamesa Renewable Energy, which is approximately 32.9%, with the intent to remove it from the Siemens energy subsidiary.

Current market prices would value 100% of Siemens Gamesa at just above 11,279 million Euros. Therefore, an offer for 33% would reach 3,722 million Euros.

Bank of America and J.P. Morgan fully underwrite the acquisition financing. Siemens Energy plans to finance up to EUR2.5 Billion of the transaction's value with equity or similar instruments if the offer is accepted. The remaining amount would be financed using debt and the box.

The company stated in the statement that the transaction would support management's efforts towards SGRE resolutions, and help to implement the necessary steps to stabilize the business, and unleash its full potential.

He said that SGRE would benefit from Siemens Energy's greater involvement in day to-to-day operations as well as its extensive experience in transformations, particularly in areas like production, supply chain, project management, and customer service.

The combined Group could reap the benefits of cost synergies up to EUR300 million per year within three years after full integration. Revenue synergies of hundreds of millions of euro are also possible by the end the decade.

Christian Bruch, CEO of Siemens Energy, believes that the integration of Siemens Gamesa is an important step in the company's strategic roadmap, with the goal of leading the energy transformation.

Although it was denied, the rumor that Siemens Energy would make a takeover offer to its investee has been around for some time.

In 2017, Siemens Gamesa was created as a result Gamesa's merger of the Siemens wind power unit. In response to the objectives of the industrial project, the CNMV exempted the German company from submitting a takeover offer. After purchasing its 8% share in Iberdrola, the German multinational raised its stake to 67% by 2020 at a cost of 20 euros per share.

Siemens Gamesa has been particularly affected by volatility in the economy, and the problems with its 5.X platform, its large-scale wind turbine. This has caused it to issue a series of profit warnings, revising down their expectations.

He has also experienced a series of changes at his company's top, including the appointment of Jochen Elkholt to the role of CEO at March's end, replacing Andreas Nauen.

The group reported losses of 780m euros in the first half 2022 of its fiscal year, as compared to 54 million euros in the same period last year.

1 Aznar also entered the campaign 2 What were their votes in the bastions? 3 El Correo gives one of its second prizes for the Ideal... 4 Peter Navarro is indicted for contempt and misconduct... 5 Biden condemns "carnage" and calls for Congress... 6 A groundbreaking study has shown that men and women... 7 "The greatest challenge for Spain is to industrialize... 8 Pepe Serna, an actor, wasn't interested to be... 9 Swiatek is crowned in Paris for the second consecutive... 10 The best March since the bubble: Home sales explode... 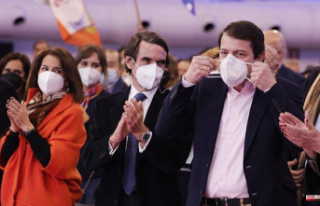