Sheryl Sandberg, Meta's Chief Operating Officer, announced Wednesday that she was leaving the company after 14-years of service. 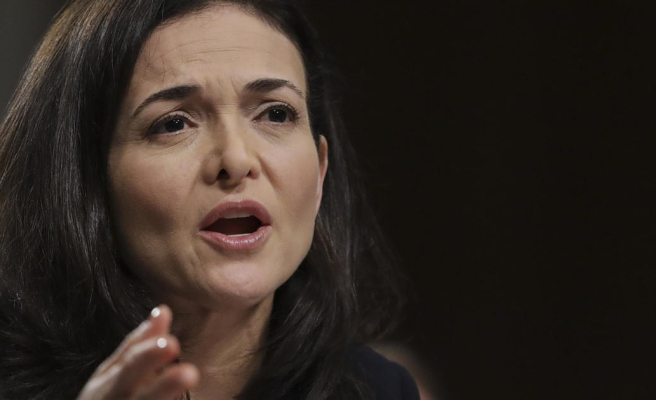 Sheryl Sandberg, Meta's Chief Operating Officer, announced Wednesday that she was leaving the company after 14-years of service. She made the announcement via a Facebook post.

After a transition period, Sandberg will be succeeded by Javier Olivan (current chief growth officer). She will still be a member of the Board of Directors.

Sandberg posted on Facebook, "I'm not sure what the future holds." "But I know that it will include more focus on my foundation, philanthropic work, and which is more important than ever considering how crucial this moment for women is."

Sandberg has been associated with the company since 2008. She is often credited with helping to transform the business Mark Zuckerberg founded in his dorm-room into a publicly traded $100 billion company. After the death of her husband, Sandberg led the company through turbulent times.

Zuckerberg stated that Sandberg's departure from the company was "the end for an era."

Zuckerberg stated that "When Sheryl joined my company in 2008, I was only 23 and knew very little about running a business," adding that Sandberg "deserves credit for much of what Meta is today."

Meta stated that Sandberg was instrumental to implementing benefits programs, including paid leave, grieving leave, support for employees who wish to delay having children, and paid leave for domestic violence survivors.

Since Sandberg joined the company in 2008, it has seen tremendous growth. The company has grown from 500 employees up to almost 80,000, and its monthly active users have increased from 100 million to three billion.

However, it was under scrutiny for prioritizing profits over user safety when Zuckerberg announced last year a complete rebranding of the company, changing its name to Meta and shifting to virtual reality products.

Frances Haugen, a whistleblower from Meta, provided Congress with thousands of pages of documents on Facebook that revealed that Meta executives were well aware of the dangers of its products but did not make any changes.

According to internal research documents, Meta leaders knew that its technology recommended content to users. This could lead users down a rabbit trail of misinformation or conspiracy theories. The documents showed that executives were aware of "rampant comments" regarding vaccine hesitancy at the height COVID-19.

Meta denied that it prioritised safety over profits at the time. According to CBS News, "the idea we do this at the cost of people's safety or well-being is misunderstands our commercial interests."

Wednesday saw Sandberg acknowledge the difficulties she has faced at the company.

"The debate surrounding social media has evolved beyond recognition since its inception. It hasn't been easy at times, it is true. It shouldn't be easy," Sandberg stated Wednesday. "The products that we create have a significant impact on the lives of people, so it is our responsibility to ensure privacy and security."

Sandberg stated that despite recent controversy, she was "especially proud" of the fact that "women from diverse backgrounds have risen through our ranks to become leaders."

Although Olivan will be given the same title as Sandberg, Zuckerberg stated that he does not plan to replace Sandberg in the company's current structure.

Zuckerberg stated that Meta has reached a point in which it makes more sense to have our product and business groups integrated rather than having each business and operation function organized independently.

Olivan, who has been with Meta since 2007, stated in a Facebook post how his new role won't have the same "public-facing" aspect as Sanderberg's.

Olivan stated that one of his top priorities is to make sure the partnership and business product sides of our company work together.

Meta's stock lost almost 40% in the past six months and was down 2.5% Wednesday.

1 Maitena signs up for the Abra la Regatta SURNE-Eskarra... 2 After the plane entered restricted airspace, Bidens... 3 Outside Capitol, man arrested with fake ammunition... 4 Italy has developed a robot that lets you be anywhere,... 5 Javier Rojas shines at the Andalusian Junior Championship... 6 33.4% of household income goes to mortgage payments... 7 Now, the rotation of discontinuous fixes has doubled... 8 Trump's flight restrictions to Cuba are lifted... 9 Abbott's baby formula plant will reopen in a... 10 Michael Avenatti is sentenced to 4 years imprisonment... 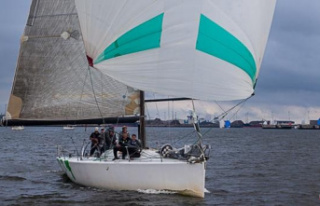 Maitena signs up for the Abra la Regatta SURNE-Eskarra...