The Mayor of Albacete, Emilio Sáez, has signed a collaboration agreement with the Fundación de Secretariado Gitano (FSG) of Castilla-La Mancha for the development of mentoring actions focused on the participation of young Roma men and women whose professional orientation is in demand local or national police. 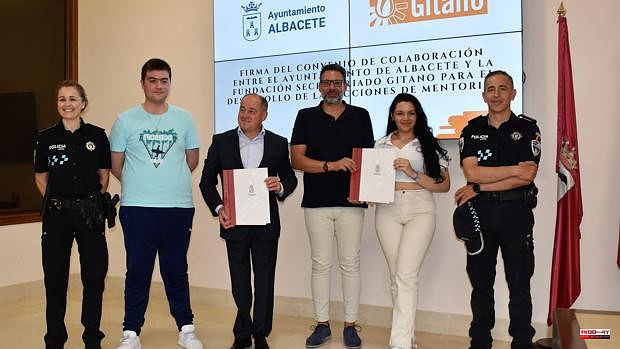 The Mayor of Albacete, Emilio Sáez, has signed a collaboration agreement with the Fundación de Secretariado Gitano (FSG) of Castilla-La Mancha for the development of mentoring actions focused on the participation of young Roma men and women whose professional orientation is in demand local or national police.

This agreement, signed by the mayor with Carlos Ruiz Martín, territorial director of the FSG in the region, will be managed by the Local Police Security Service, which will carry out a series of training actions "framed within the Promociona project, which aims to favor the educational normalization of students, in a situation or risk of social exclusion, to achieve higher rates of academic success in the last years of Primary Education and in Compulsory Secondary Education, and promote continuity in middle and higher studies and Vocational Training» , has indicated Sáez Cruz.

Among the activities that are carried out in the mentioned project, for the students who are studying the last courses of ESO, are the mentoring actions in companies that adjust to their preferences for future studies. “In this case, the collaboration of the Local Police will be aimed at facilitating that a boy and a girl acquire teachings that allow them to know the performance of this profession, necessary for the development of the academic and training itinerary of the young Roma people who participate in the project. », according to the mayor.

"Ultimately, the aim is for students to live an experience in a work environment that is as consistent as possible with their preferences, in order to successfully complete ESO and continue studying", Emilio Sáez stressed, recalling that the objectives that pursued are, in addition, to raise awareness of the barriers, conditions and skills necessary to develop the Police profession and encourage the involvement of families in the educational process of their sons and daughters, as reported by the City Council in a press release.

To carry out these activities, two mentors from the Local Police Service have been appointed, the officer José Ángel Azaña Rodríguez and the sub-inspector María José Corredor Blázquez, who, for two weeks, will supervise the adaptation and acquisition of knowledge of the students participating in the project and will impart the transfer of knowledge related to the performance of the work of the Local Police.

The signing ceremony of this agreement was attended by the Councilor for Citizen Security, María José López, and the Councilor for Attention to People, Juani García, in addition to the Chief Mayor of the Local Police, Pascual Martínez, together with other members of the security, managers and technicians from the FSG, the Ave María school and relatives.

1 Tens of thousands of people take to the streets to... 2 Alignment of quantified levels in valleytronic material... 3 The 'Luz del Tajo' shopping center opens... 4 ONCE and the Almagro International Classical Theater... 5 Catalonia will limit the passage of trucks on the... 6 Aid for textbooks will benefit 5,700 families 7 The Prosecutor's Office of the Court of Auditors... 8 The Corpus also looks with the fingers 9 They condemn a false Belgian podiatrist for intrusion... 10 The farmer from Toledo in a wheelchair who will represent... 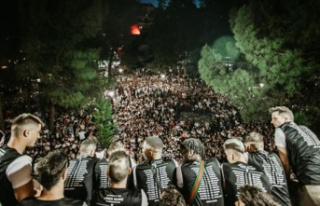 Tens of thousands of people take to the streets to...