Sexual violence in Catalonia: complaints increase by 65% ​​in the last decade

“Sexual assaults are an attack against the sexual indemnity of people and their consequences are devastating. 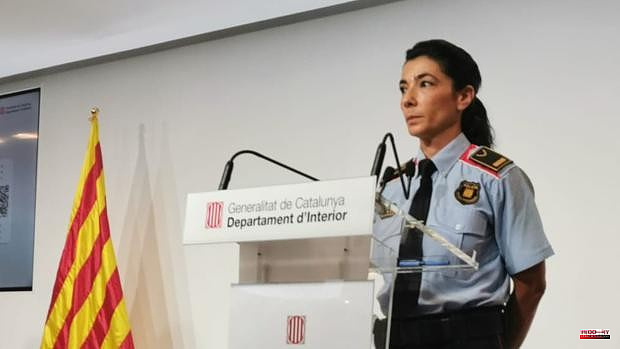 “Sexual assaults are an attack against the sexual indemnity of people and their consequences are devastating. In addition, the victims are questioned. This was stated this Monday by the inspector of the Mossos d'Esquadra Montserrat Escudé, who has detailed that complaints of sexual violence have increased by 65 percent in Catalonia in the last decade. During this period, nearly 37,000 have been registered, which represents an average of almost ten a day.

Between January 2021 and June of this year alone, 288 formal complaints of attacks under chemical submission have been registered. That is to say, in which they have supplied the victim with some substance to thus annul her will. It is these data that have led the Corps to create a specific plan to combat abuse and aggression in leisure spaces. Not necessarily at night, but in large crowds, such as those derived from concerts, festivals or other events.

The basic axis of this plan pivots between prevention; with devices and patrols in possible capture points to later commit the attacks; and also in the creation of safe routes after identifying the so-called «geography of fear». That is, certain points that could be susceptible to the action of “sexual or opportunistic predators”. It should be remembered that the minor brutally raped in Igualada suffered the attack after leaving a nightclub, when she was going to catch the train to return home.

Another of the measures that will begin to work from this week is to extend police controls to beaches and parks, as well as intensify the searches of possible suspects. "What was done until now to, for example, seize knives, will be extended to be able to detect substances that act as behavior inhibitors," Escudé has detailed.

Only during the last year -compared to the pre-pandemic stage-, sexual assaults on children under 16 have increased by almost 42 percent. Abuses against those who do not reach the same age have also grown by about 25 percent. Although from the Corps they avoid specifying whether nightlife is an environment where these attacks have increased, they do point out that it acts as a "facilitating space". “We are not saying that it is the place where the aggression is perpetrated, but the place of capture,” the inspector pointed out.

1 Reduction of the transport pass in Madrid: when can... 2 Ferrocarrils de la Generalitat Valenciana approves... 3 Is it possible to go to the center of Madrid during... 4 Tomatina de Buñol 2022: dates, complete schedule... 5 Buxadé: «Sánchez is a sociopath, he lacks scruples... 6 An exhibition allows to handle the inventions of Leonardo... 7 An almost deserted Congress, an image of the breakdown... 8 A missile hits a busy shopping center in Ukraine,... 9 Russian officer carrying Putin's nuclear codes... 10 Schedule and where to watch Cerúndolo-Nadal live 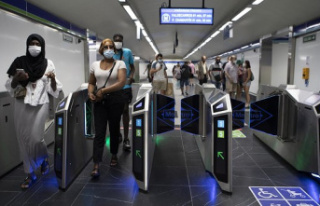 Reduction of the transport pass in Madrid: when can...