Sexual violence against women, a throwing weapon in the electoral campaign in France

The first dominant theme of the campaign for the legislative elections next June is sexual violence against women, of which a young man from the extreme left, Taha Bouhafs (25 years old), and a disabled minister of Emmanuel Macron have been accused. 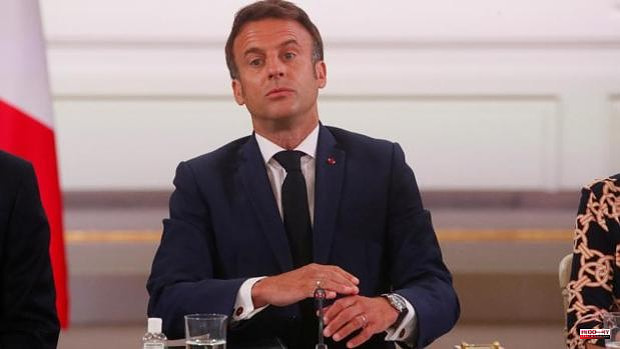 The first dominant theme of the campaign for the legislative elections next June is sexual violence against women, of which a young man from the extreme left, Taha Bouhafs (25 years old), and a disabled minister of Emmanuel Macron have been accused. , Damien Abad (42 years old).

Bouhafs is one of the most famous personalities of La Francia Insumia (LFI, populist extreme left), the party of Jean-Luc Mélenchon, and has been forced to withdraw his candidacy for deputy, after the revelations of several young victims of harassment and repeated rape attempts.

Bouhafs was born in Algeria, nationalized French, and became famous as a "militant journalist", launching campaigns of fierce violence against Macron. Mélenchon presented him as one of the great figures of his party, called to play an important role in the future National Assembly.

Several women's complaints were made public weeks ago, accusing the "militant journalist." The LFI leadership began by denouncing a racist campaign. Until the apparent veracity of the accusations was proven, recognized by Mélenchon's party. Bouhafs was forced to withdraw his candidacy, but those "pans" continue to wreak political havoc.

After the Bouhafs scandal, the Damien Abad scandal, Minister of Solidarities, has broken out. Twenty-four hours after being appointed minister, last Friday, a radical feminist group made public the accusations of "several women", denouncing abuses or attempts at violence.

Abad was quick to denounce, in public, "dirty attacks, shameful lies." In private, the minister advanced these reasons: “These are ignoble attacks. Everyone knows that I can only have sex with the physical help of my partner. The Minister of Solidarities, among which are solidarities with the handicapped and disabled, is himself a victim of a rare disease, arthrogryposis.

It's no secret that arthrogryposis limits the normal function of the joints of the hands, arms and legs. In the case of a minister victim of that disease, disabled, himself, the accusations against Abad have very unusual dimensions.

Élisabeth Borne, prime minister and head of government, has reacted to the accusations against Abad by saying that she was "unaware of everything" of such accusations, insisting that "no one can be immune".

The extreme left has made the accusations against Abad the subject of an aggressive electoral campaign. If the justice considers it opportune to investigate the private accusations against the minister, Borne announces that his government "would draw all the consequences."

Damien Abad militated for many years in Los Republicanos (LR), the traditional right-wing party, where these accusations had been known for years, without ever being confirmed or taking on any legal dimension. Appointed Minister of Solidarities, with responsibility for aid to the handicapped and handicapped, Abad automatically becomes an "icon" of the first political battle of the legislative elections on June 12 and 19 next.

1 They investigate a new group rape of a woman with... 2 Young rental bonus: when can it be requested according... 3 Two sisters from Tarrasa in Pakistan are tortured... 4 The Generalitat Valenciana allocates 50 million euros... 5 Ximo Puig's brother blames the Generalitat before... 6 A kamikaze driver traveled at night in the opposite... 7 A minor stabbed at the door of a store in Vallecas 8 Four of the six cases of monkeypox in the Canary Islands... 9 The fans of Hércules will demand again on Sunday... 10 'The Boxing Night' returns to Valencia:... 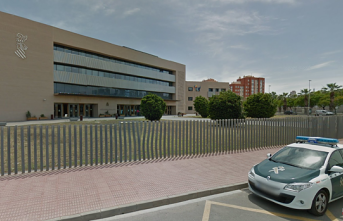 They investigate a new group rape of a woman with...