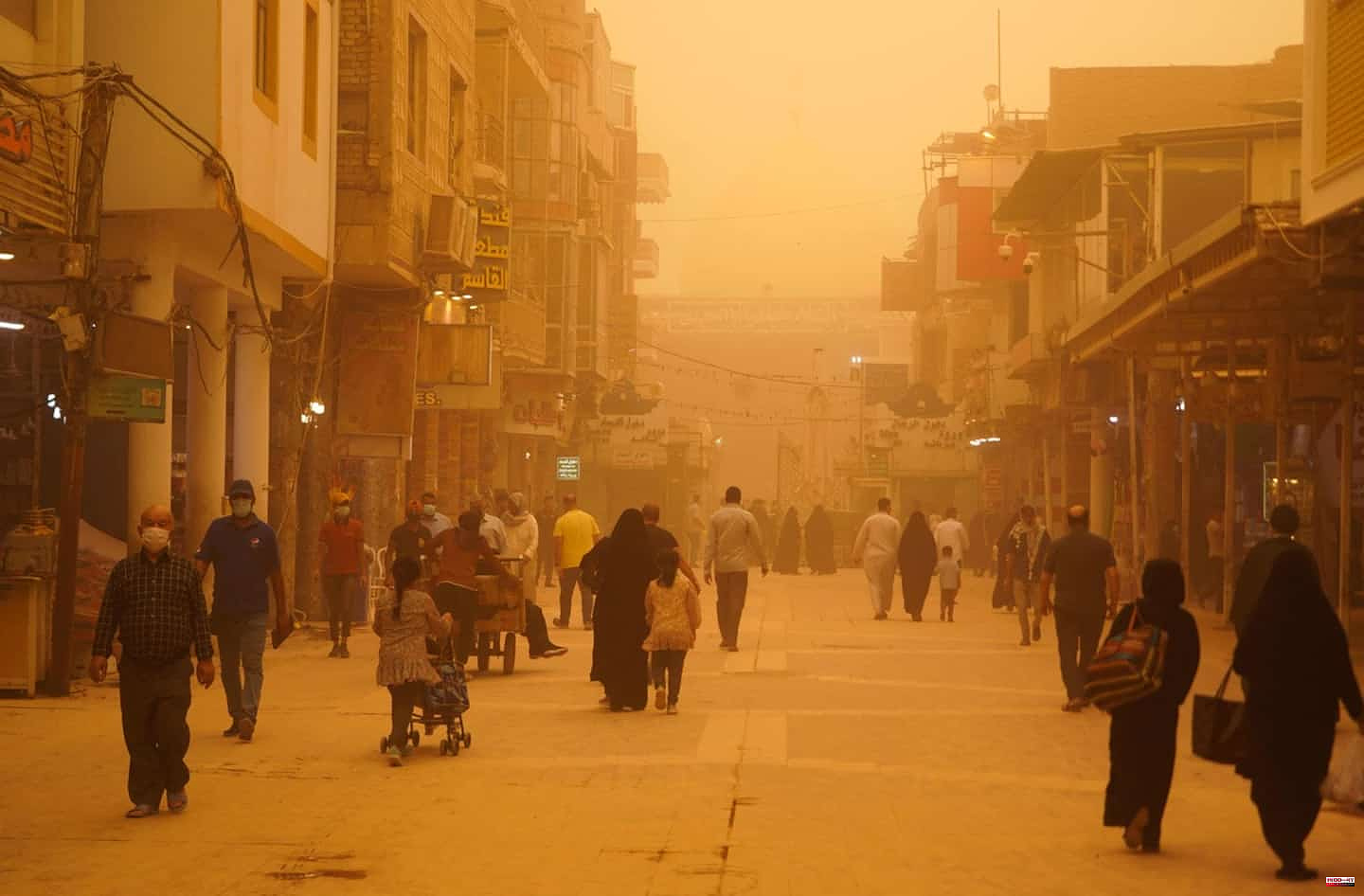 On Tuesday, a thick cloud of dust covered the Saudi capital, Riyadh, whose emblematic Kingdom Center tower became invisible from more than a few hundred meters, noted an AFP journalist.

The kingdom's meteorological center had forecast 'dusty winds', 'reducing visibility' in the capital, the east of the country and further west in the holy cities of Mecca and Medina, according to the official agency. SPA.

Similar conditions were observed in other Gulf countries such as Bahrain, Qatar and the United Arab Emirates.

The phenomenon is not uncommon in a region known for its deserts, but its frequency has increased in recent months, fueled by droughts and low rainfall linked to climate change.

The latest on Monday led to the hospitalization of nearly 4,000 people for respiratory problems, and the closure of the airport because of “300-meter visibility”, schools and public administrations throughout the country.

In Baghdad, roofs, cars and even furniture in houses were covered with a layer of very fine yellow sand.

In Iran, administrations, schools and universities were closed on Tuesday in several provinces due to sandstorms, according to state media.

In Kuwait, air traffic was suspended for an hour and a half on Monday, and maritime traffic in the three ports remained suspended on Tuesday afternoon. The Ministry of Education announced the reopening of schools on Wednesday.

Aggravation of the phenomenon

The arrival of off-season dry and cold air masses contributes to the proliferation of sandstorms in eastern Syria and Iraq "and then their transmission to the Arabian Peninsula", Hassan Abdallah told AFP. , from the WASM meteorological center in Jordan.

When they reach Saudi Arabia, the storms tend to decrease in intensity, he added.

The aggravation of the phenomenon is explained by several factors, such as the low water level of the Tigris and Euphrates, the fluctuation of annual rainfall and the disintegration of the soil, he added.

To deal with it, the countries of the region must plant more trees and "urgently tackle the low level of the Tigris and Euphrates", said Hassan Abdallah.

In downtown Riyadh on Tuesday, sand covered all cars and buildings.

“Working outside is very difficult because of the dust, but the construction site must be delivered today,” a Pakistani worker who presented himself as Kalimullah told AFP. “I try to wash my face once in a while,” he added.

“Sandstorms are part of our culture, we are used to them, but some are violent,” noted Abdullah Al-Otaibi, a Saudi employee, hurrying into his office, rubbing his eyes.

1 The XVII Solidarity March 'Santiago en Marcha'... 2 The PP defends the original layout of the A-40 in... 3 An IVAM exhibition in Castellón reviews the art produced... 4 Justin Bieber and Tim Hortons do it again with Biebs... 5 DIRECT. Cannes Film Festival: Follow the rise of the... 6 Huberdeau: in winning mode 7 Digi shoots its turnover in Spain by 42% in the first... 8 The Argentine team will concentrate in Lezama at the... 9 The anger and harsh message of Belén Esteban to the... 10 The Ibex 35 advances 1.45% in the session and sets... 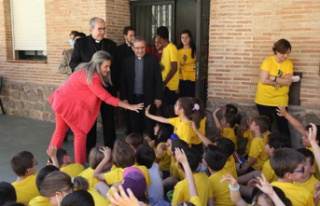