The mobilizations promoted by the Confederation of Indigenous Nationalities of Ecuador (Conaie), have entered their seventh day this Sunday, June 19, although the blockades and road closures decreased in intensity after the state of emergency decreed Friday night by the government of President Guillermo Lasso. 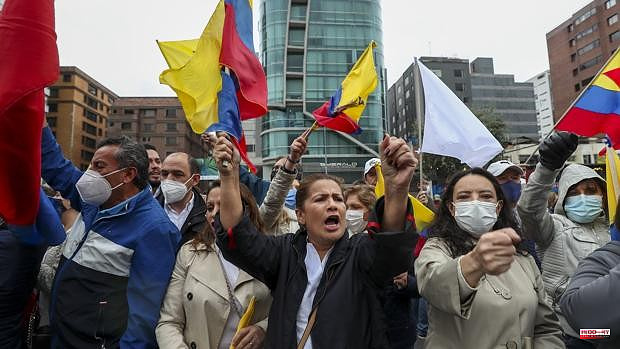 The mobilizations promoted by the Confederation of Indigenous Nationalities of Ecuador (Conaie), have entered their seventh day this Sunday, June 19, although the blockades and road closures decreased in intensity after the state of emergency decreed Friday night by the government of President Guillermo Lasso. This applies to the provinces of Cotopaxi, Imbabura and Pichincha, whose capital is Quito, where the protesters intend to enter to take the city, as they have anticipated. The dialogue proposed by the president has also not been welcomed by the protesters, nor the mediation that they have said could be led by the Catholic Church and the Academy.

In different sectors of the capital yesterday there were demonstrations by citizens who came out to reject Conaie's claim to take Quito, and condemn the paralysis of activities in shops and farm work, when the economy began to reactivate.

There were harsh slogans against the leader Leónidas Iza, whom they blame for the chaos. The memory of the days of October 2019, when for 12 days the city was under siege and several public buildings were set on fire and the historic center was vandalized, horrifies people.

The state of emergency decreed on Friday, which will last 30 days and applies to the three provinces of the Sierra, was received with hope by most of the citizens, after a week of agitation, road closures and large economic losses, but not by the Conaie that asked Pachakutik, its parliamentary bloc in the Assembly, to manage its repeal. With the support of the correísta bloc and dissidents from the Democratic Left (social democracy) and Pachakutik, which is divided, they reached 72 votes with which the process was given the green light. The president of the Assembly, Virgilio Saquicela, has summoned the plenary session of the Legislature for Monday, at 5:30 p.m., to deal with the repeal of the state of exception that, if approved, would leave the Executive in a delicate position and, Quito, exposed to new mobilizations, for which its mayor, Santiago Guarderas, has said that he holds the assembly members who vote for the revocation of the state of emergency responsible for the consequences that they could bring to the peace and security of the city.

The presumption that the Conaie does not seek to improve the social conditions of the indigenous and peasants, but rather to overthrow the President of the Republic, who had been mentioned by analysts and observers, has been verbalized by leaders of indigenous organizations, who have spoken out, publicly, in this regard, without even qualifying their statements. In this context, it would also be explained that President Lasso's announcements that his government will increase the human development bond from USD 50 to USD 55; it will double the budget for intercultural education, it will subsidize up to 50% the price of urea for small and medium producers; while the state bank BanEcuador will forgive all overdue loans of up to USD 3,000, and will allocate agricultural loans of up to USD 5,000 at 1% and a 30-year term, they have received no response, nor has the decision to declare the system an emergency of public health, to have more resources, nor its commitment not to increase the cost of diesel, gas and extra and ecopaís gasolines, nor to privatize public services and strategic sectors.

Regarding what is happening in the country, former Government Minister and renowned political analyst Francisco Huerta Montalvo told ABC that the state of emergency decree was late, because popular concern was allowed to grow too much, at a time when "the country is dying of hunger", although there are social sectors that do not perceive it that way. He refers to the fact that this year the harvests have not been good, and that products such as bananas and shrimp have not been exported, which causes discontent and anguish in those who live from this activity.

1 The super network of corruption with 9,000 individuals... 2 Rise of Mélenchon's anti-system extreme left 3 Diversity of sensitivities under the umbrella of Macron 4 France walks towards its most fragmented National... 5 The prospect of a technical tie between Petro and... 6 Joe Biden falls off his bike during a ride through... 7 Between operations and political fiction 8 Twenty cats eat the body of their owner, who had been... 9 Ecuador decrees a state of emergency in three provinces... 10 Russia cuts gas supply to France 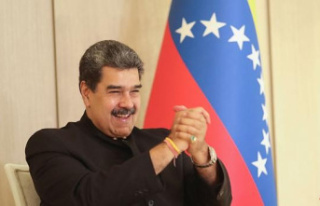 The super network of corruption with 9,000 individuals...