At 9 in the morning, without prior notice and with the car occupied by other passengers, including a child. 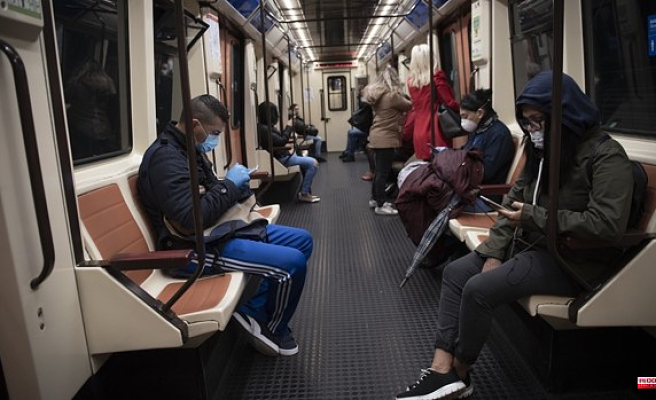 At 9 in the morning, without prior notice and with the car occupied by other passengers, including a child. Seven young people have been involved in a brawl this Sunday on Metro line 6, resulting in seven being treated and all those involved arrested. The events took place between the Cuatro Caminos and Nuevos Ministerios stops, when two individuals confronted another five armed with a fire extinguisher. After activating it, they have begun to hit each other and have activated the emergency brake, which has forced traffic to be interrupted for an hour.

The suburban guards have sounded the alarm, with the National and Municipal Police appearing in just a few minutes. The Samur-Civil Protection toilets have treated seven people for minor respiratory pathologies due to the inhalation of dust from the fire extinguisher, without any of them requiring hospital transfer.

The Firefighters of the Madrid City Council have also attended preventively, although their intervention has not been necessary.

The National Corps has arrested the seven participants in the fray, three Spaniards, two Dominicans and two Colombians, born between 2001 and 2006. The agents have transferred them to the Mobile Brigade Police Station at the Nuevos Ministerios station. It is being investigated whether the crash is related to youth gangs and whether the detainees were carrying knives or just the fire extinguisher.

1 The College of Physicians of Toledo recovers its traditional... 2 The legend that places the true origin of the jota... 3 A woman kills her partner and dismembers him with... 4 The 'porpoising' leaves Hamilton crippled:... 5 Appeal made by Prince Sparks Row over UK Rwanda deportation... 6 Coronavirus in Valencia: when will those over eighty... 7 NATO Chief: Turkey has "legitimate concern"... 8 Palencia Sonora exceeds expectations and summons as... 9 Federer, surrendered to Nadal's deeds 10 Climent won the Cutty Sark Spirit of Adventure Ibiza... 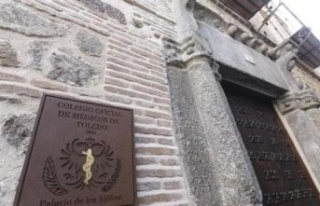 The College of Physicians of Toledo recovers its traditional...