The curtain has already fallen on the Second RFEF league competition, but two Biscayan representatives continue their journey in search of promotion. 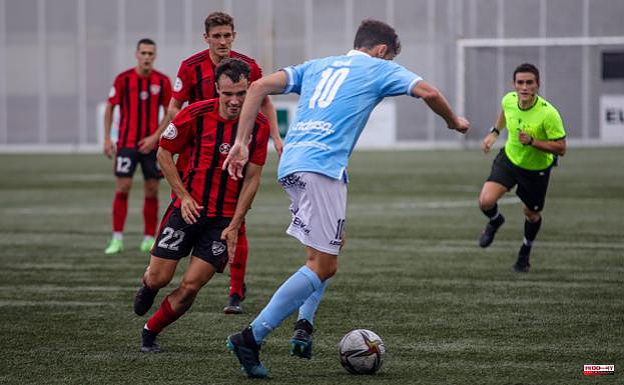 The curtain has already fallen on the Second RFEF league competition, but two Biscayan representatives continue their journey in search of promotion. Sestao River and Arenas will fight this Saturday at 7:30 p.m. to sneak just one step away from that new third national step, such as the First RFEF. In the case of the dark-green squad, it will be measured in the semifinal of this play-off against Lleida. While Arenas will face Espanyol B. Tomorrow it will be announced in which of the five stadiums in the province of Alicante these clashes will take place. They will be assigned based on the tickets requested by each club.

The Sestao River has completed a campaign that could hardly be improved. He has finished the league in second position with a total of 70 points. A figure that would have served him to be champion and rise directly in three of the other four groups. However, Osasuna Promises has been able to get two rental points from him. Therefore, a place in the First RFEF will have to be played for in these play-offs, which are a single match and at a neutral venue. When they finished the league second, they had to play the semifinal against a fifth-placed team. They could be Palencia Cristo, Lleida, Coria or Hercules.

Finally, their rival will be Lleida Esportiu. The Catalan team has been fifth in group three after having added 52 points. However, his has not been a bed of roses, far from it. The entity has gone through a serious institutional and economic crisis this season, with several months of non-payment to the players. Even so, he has managed to abstract himself from this situation obtaining a creditable ticket to this play-off, which he has had to fight until the last day. It is enough for Sestao River to sign a draw after extra time to go through the round by arriving as the best classified. Therefore, part as a favorite. Although those distinctions always have to be earned on the field.

Arenas has also been one of those teams that has struggled to achieve the goal until the last moment. The red and black team, which has always played at the top of the table, surprised four weeks ago with the decision to dismiss Iban Fagoaga as coach so that the then sports director Toño Vadillo would take over the reins. Since that happened, the Getxotarras have achieved four wins, securing fifth place and entering this play-off. Their possible rivals were Unión Adarve, Espanyol B, Mérida and La Nucía.

Like the Sestaotarra squad, the team from group three has touched them. In this case, Espanyol B. The Barcelona subsidiary has led its group for several days, but a last stretch of adverse results left it without options to climb to the top. They reach this play-off after registering three defeats and a draw in their last four commitments. In this way, he has concluded the league in second place with 57 points. Arenas must achieve victory to go to the final, since the tie after extra time would make them return from Alicante empty-handed. Now it only remains to know in which of the stadiums each of the Biscayans will play. The possible venues are the José Rico Pérez in Alicante, the Guillermo Amor in Benidorm, El Collao in Alcoy, the Pepico Amat in Elda and the Camilo Cano in La Nucía.

1 Granados (PSOE) asks Feijóo to act to "clean"... 2 Valladolid, capital of biomass 3 11,500 applicants for 1,035 places in the oppositions... 4 Núñez Feijóo visits Ceuta this Tuesday to demand... 5 IN PICTURES | Queen Elizabeth II cheered at the first... 6 The advance of the Toledo POM will be presented, finally,... 7 Masterchef 10 burns its own failure: La 1 broadcasts... 8 Five young people injured, four of them minors, when... 9 The Ceuta border is spruced up for opening a year... 10 Fourteen Spaniards in the iQFoil European Championship 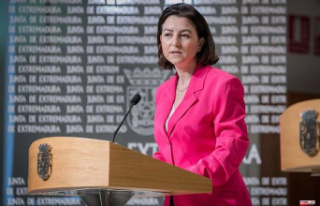