An information panel explains, in several languages, that "Mount Castrove, in Poio (Pontevedra), is home to the largest group of Californian sequoias in Europe", a species that can live for thousands of years and exceed 100 meters in height. 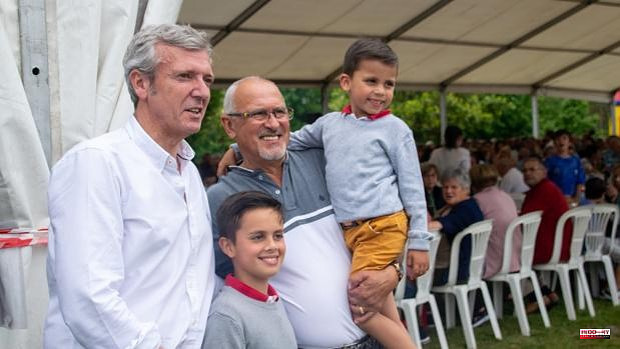 An information panel explains, in several languages, that "Mount Castrove, in Poio (Pontevedra), is home to the largest group of Californian sequoias in Europe", a species that can live for thousands of years and exceed 100 meters in height. More in his shelter than in his shadow, because the good weather has turned sour, Alfonso Rueda traveled there this Sunday for his first (small) mass bath since, just a week before, he was proclaimed president of the PPdeG.

After two forced blank years, due to the pandemic, the popular pilgrimage in A Escusa is recovered. There is a desire to see the new leader and to make up for lost time. The local candidate, Ángel Moldes, celebrates a "record attendance", with almost 700 people gathered -some, after tying their horses- under a tent.

They want to listen to Rueda, who arrives with scrupulous punctuality, at 2:00 p.m. —he does it on a motorcycle, with the interim provincial number one, Luis López, 'from a package'— and taste a menu consisting of empanadas, grilled meat with salad, wine , dessert (bica) and coffee. "We have to start eating!" Are the first words of Rueda, who immediately wins over the staff.

There is one year left for the municipal elections and the PPdeG is warming up. Rueda, speaking to the media as soon as he got off the motorcycle, confirms that before the summer he intends to reveal the candidates for mayor in the cities; in the rest of the councils, up to 313, they will be announced before the end of the summer period. He gives due weight to the weekend polls, though he cites them later, in his brief speech at the lectern. He insists that the goal is to “govern everywhere by winning elections”, without “waiting to lose to join other losers”. He again appeals to govern the most voted lists. And he sheds his sweater before stripping down to his shirt sleeves for the first photos.

He is accompanied on the stage, in addition to Moldes and López, the mayor of Marín, María Ramallo; and the one from Cerdedo-Cotobade, Jorge Cubela. The four act as opening act with brief speeches. Ana Pastor, vice president of Congress, arrives at 2:35 p.m., with the speeches already concluded and Rueda sitting, one more on the pilgrimage, after a new round of photos. Pastor is sorry for not having arrived on time, but the applause from the public makes up for it.

On the platform, Rueda gives Poio an example that "if we don't win, we're not going to govern." It affects, like its predecessors in the speaking time, that Moldes "was very few votes" away from becoming mayor in 2019. Instead, a tripartite governs who has made it ugly to shoot the debt and raise taxes. "Neither in Poio nor anywhere else: that can't happen again," Rueda conjures his own, to whom he reiterates that "elections must be won everywhere," one year before the appointment with the polls.

Meanwhile, there are children sleeping in carts and others, releasing adrenaline in the bouncy castle. The musical trio Azabache —“celebrations, weddings and communions”—wait for their turn. At the bar, soft drinks are advertised for two euros, vermouth for three and drinks for four. There is, as promised, a "festive and family atmosphere", which does not hide how much is at stake in a year. The PPdeG is already working on one of its strengths: activating its own. 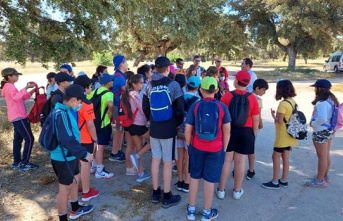 More than 1,800 schoolchildren participate in one...