Seprona investigates the destruction of areas of a wetland recently protected by the Generalitat Valenciana, El Rodriguillo de Pinoso (Alicante), due to wastewater conduction works. 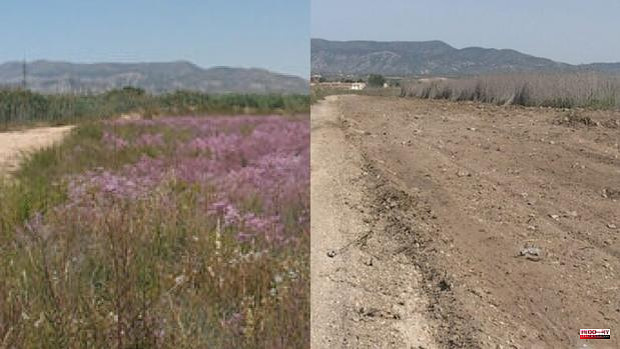 Seprona investigates the destruction of areas of a wetland recently protected by the Generalitat Valenciana, El Rodriguillo de Pinoso (Alicante), due to wastewater conduction works. Members of this department of the Civil Guard visited the area this Friday after receiving complaints from environmental groups about this municipal project backed by the Government of Ximo Puig, both administrations governed by the PSOE.

In some images and videos captured by the environmental groups of Vinalopó and contributed to their complaint, you can see the radical transformation of the landscape, before with large flowery areas and bright colors of thousands of square meters now converted into dry fields as fallow.

“Among the seriously affected habitats are the Mediterranean salt steppes (Limonietalia) and the halonitrophilous habitats (Pegano-Salsoletea), habitats of community interest included in the Natural Heritage and Biodiversity Law, whose conservation requires the designation of special conservation areas. », describes in the complaint Ana Campo, representative of the naturalist group Observatorio del Vinalopó.

In addition, there has also been an impact on the animals in this ecosystem. «The works in which heavy machinery is used are being carried out in the middle of the period of fauna breeding, which runs from March 1 to July 31, being prohibited to carry out works in wetlands and riverbeds during this time as marked by the Ministry of Agriculture, Rural Development, Climate Emergency and Ecological Transition. to safeguard the integrity of the flora and fauna of the protected natural spaces”, details the same complaint.

The repercussions of these works and the subsequent change in the flow of residual flows can lead to the death of hundreds of specimens of fish and waterfowl. “Given that the works are going to install a 1.5-kilometre pipeline, everything points to the fact that as long as the pipeline is not sealed or waterproofed, it will act as a drainage, eliminating a significant flow of a protected channel along almost 1,500 meters that will have consequences devastating for the population of fartet (Aphanius iberus), a species cataloged in danger of extinction, as well as the avifauna and aquatic invertebrates”, warns from the Vinalopó Observatory.

And they add that "if the works continue inside the channel, they will cause the death of a large number of waterfowl that are currently nesting in the reedbeds and inside the channel, such as the coot (Fulica atra), the moorhen (Gallinula chloropus), mallard duck (Anas platyrhynchos) etc.

This project is motivated by the City Council to solve the discharges to the wetland, but the environmentalists object that with this channeling "the problem" of pollution is transferred and they demand that Seprona "make a record of the impacts generated" until now and paralyze the works so as not to continue with what "could constitute an ecological crime" that would have to be referred to the Prosecutor's Office.

1 Ibero-American entrepreneurs pledge to build a more... 2 Íscar warns that the longer it takes to extend broadband,... 3 An elderly woman dies after being run over in the... 4 Is the 20-cent fuel discount really necessary? 5 Marin sees a PPVox pact, because Moreno "wants... 6 How Chinese airline ticket scalpers overtook the Chinese... 7 Putin promises not to attack from the sea the Ukrainian... 8 'Firewater' for dessert? Moutai, a Chinese... 9 According to the GAD3 survey, Vox will win but the... 10 A judge blocks a website which pirated newspapers... 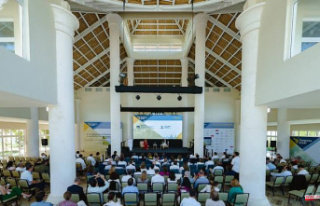