Sentenced to compensate 272,000 euros to a neighbor of Orense for a serious injury in an unnecessary operation

The Provincial Court of Madrid has confirmed a sentence that condemns the insurance company DKV to compensate a resident of Orense with 272,000 euros for the serious injuries suffered in a surgical intervention that was unnecessary. 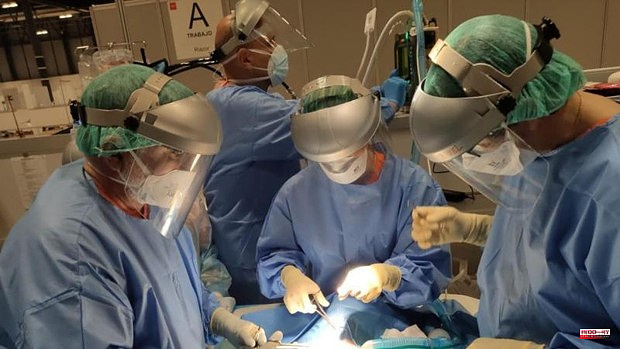 The Provincial Court of Madrid has confirmed a sentence that condemns the insurance company DKV to compensate a resident of Orense with 272,000 euros for the serious injuries suffered in a surgical intervention that was unnecessary.

The patient had undergone an operation for the herniated disc, carried out by a neurosurgeon from La Coruña, and, during the intervention, on September 2, 2016, the doctor broke the blade of the scalpel: a piece of this instrument remained lodged between the vertebrae. He was found months later, in a routine postoperative control.

The neurosurgeon who had operated on her then refused to intervene to remove it, considering that it was unnecessary since the blade would be encapsulated, without major risks for the patient.

However, a neurosurgeon from Madrid, months later, considered that it could be extracted using a novel method. He so he proposed it. And this operation was a disaster for the patient's health.

After more than seven hours of intervention, in which it was necessary to transfuse the patient with 2.5 liters of blood, the consequences were fatal. The patient, as confirmed by the Court of Madrid, has since seen "her quality of life seriously diminished", especially her ability to walk -she cannot move independently-, with the consequent consequences for her social, domestic life, in addition to the suffering pain and depression. Older than her, her pathologies in her spine make it difficult for her to use canes.

The Court of Madrid, just as the Court of First Instance 36 of Madrid had done in the sentence that DKV decided to appeal, believes that "there was no malpractice" on the part of the neurosurgeon from La Coruña. "It is not an infrequent accident" and "the action of removing it at that time implied facing a greater risk," he values.

On the contrary, the judges do perceive malpractice in the case of the second neurosurgeon. According to the court, "there is no evidence of a vital risk to her that would justify the operation." Furthermore, "the technique used was not appropriate" and "the applicant was not sufficiently and adequately informed of the risks".

The insurer, in its appeal before the Provincial Court of Madrid, sought to reduce the compensation to 80,000 euros, alleging that the intervention was necessary "since the patient's life was at stake." She also argued that the applicant was correctly informed. And she discussed, to adults, the need for this resident of Orense to have to move to another house because she did not have an elevator in her house. In the opinion of the insurer, she could have asked the community of neighbors to install an elevator.

The Madrid Court demolishes all arguments. She remembers that when she was operated on for the second time, more than seven months had passed since the first intervention, and that the patient did not have any symptoms due to the remains of the scalpel. It was not "vital necessity" nor "recommended" to remove the object, concludes the sentence, notified this Wednesday. "It was advisable to maintain the aforementioned periodic reviews, as was done, demonstrating that the metal piece had not moved from its original position in the seven and a half months that had elapsed."

Neither was the method indicated, since it was "a technique not specially designed for this purpose." "An unnecessary risk to health, which could have been avoided by following other more experienced and consolidated medical criteria," the sentence reiterates. To this is added "the inappropriateness of informed consent."

And regarding the amount of compensation, which DKV intended to reduce to less than a third, the judges conclude that "it is not admissible" that the proposed solution be the attempt to require the community of neighbors to install an elevator. "It is not a quick or safe solution, nor, of course, outside of personal conflicts, and even judicial, with the other neighbors," values ​​the Madrid Court. “Which would mean further increasing the personal suffering of the affected person.”

1 Antxón Sarasqueta and Diego Closet, candidates of... 2 2022 work calendar in Alicante: what days are holidays... 3 Electricity rates will drop from the 15th when the... 4 Lagos ex-governor wins Nigerian ruling party's... 5 María Berasarte digs her roots in 'La Tierra... 6 Administrations and workers force a meeting this Thursday... 7 Darío Villanueva: "In politics people have always... 8 Arrested in Barcelona another member of the Pakistani... 9 The five festivals in Galicia that you cannot miss 10 Solidarity days of Mountain in Castillo de Bayuela... 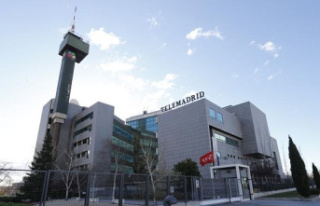