Self-Reflection: Am I Toxic? 10 behaviors that are poison for relationships - and how to overcome them

Toxic relationships are no longer uncommon. 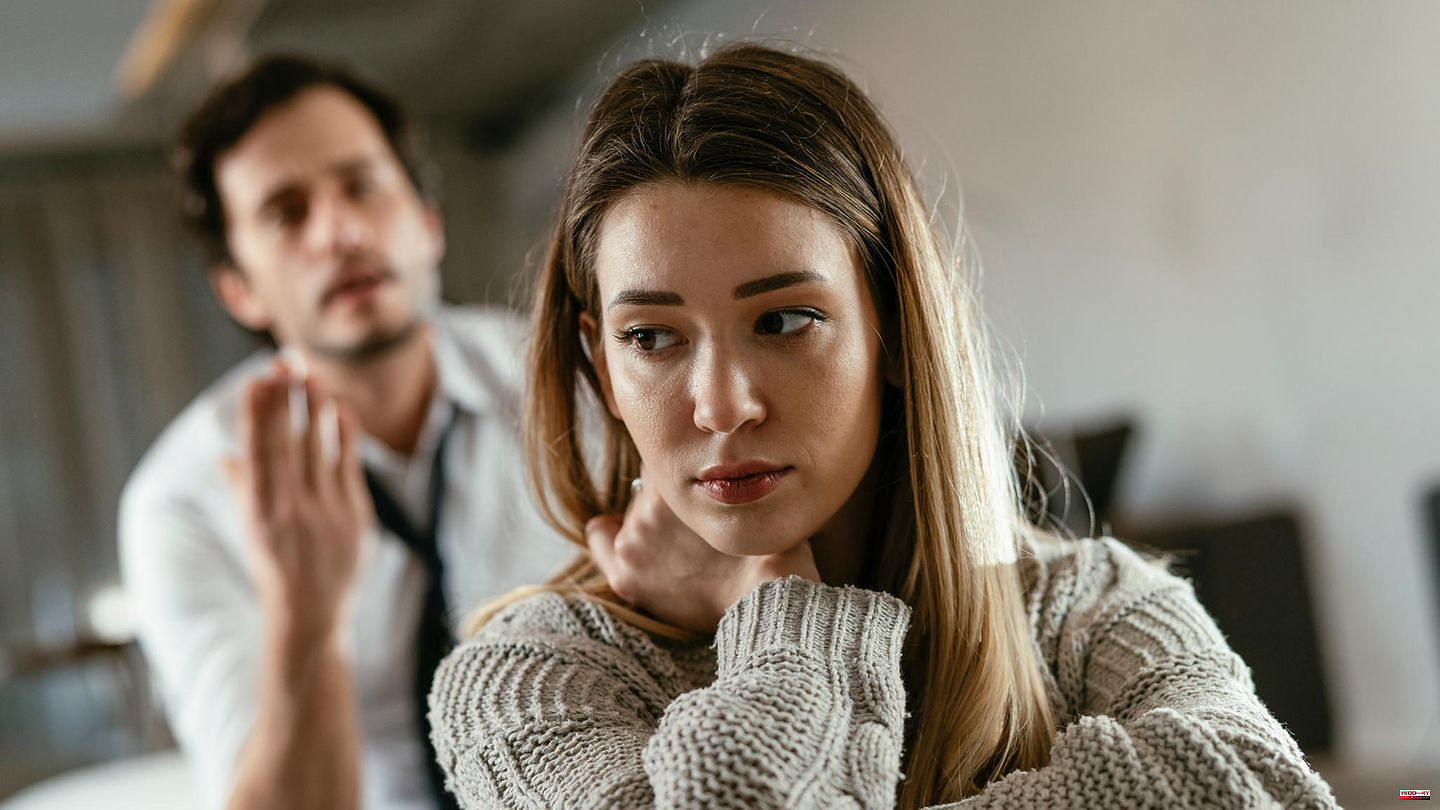 Toxic relationships are no longer uncommon. It doesn't matter whether it's a partner, a good friend or a colleague - we now very quickly come to the conclusion "toxic". People who exhibit behaviors that have a poisonous effect on those around them can be recognized above all by the fact that they leave those around them feeling insecure and exhausted. But the others are not always the problem, sometimes you are the toxic part in the relationship.

Yes, that may hurt at first. But it's important to question yourself critically if things don't really work out in an interpersonal relationship or you repeatedly collide with other people for no apparent reason. As so often, the magic word for this is self-reflection. Those who critically question their actions may also recognize toxic properties in themselves more quickly. For example, you should become alert if you observe one or more of the following characteristics in yourself:

You think of your own needs first and foremost. A relationship is always about the needs of both parties. However, if one of the two only thinks of themselves, pursues their own interests above all without considering losses and is not really interested in the life of the other, then this creates an imbalance in the relationship. And that's toxic in the long run.

Instead, try to actively respond to the needs of the other person and really listen to them when they are communicating with you. This means that both parties get their money's worth - and the relationship can grow.

They are possessive and jealous. Sometimes jealousy is still confused with irrepressible, romantic love. The feeling is based above all on a false sense of entitlement. One claims ownership of the other. A relationship, no matter what form, always consists of two independent and autonomous people who lead their own lives. Anyone who makes a scene out of jealousy and claims his time can put a huge strain on the bond and overshadow the positive aspects of the relationship through the pressure.

Instead, try to show gratitude to the other person. Love and friendship are gifts that other people can only give us voluntarily - and not to be taken for granted.

They do everything to keep the harmony. Admittedly, arguments and grief are not nice feelings. But they are part of almost every human relationship. However, many people tend to suppress their anger rather than talk openly about their feelings with the other person. The result: at some point the frustration builds up and leads to passive aggression, disparaging behavior and, sooner or later, often to the end of the connection.

Instead, try to be open about your needs, wants, and feelings. Nobody can read minds. Only if both parties are willing to work honestly on the relationship can it be an enrichment for everyone involved. Incidentally, this works best in I-messages, since these do not represent a direct attack on the counterpart.

You put the other person in charge of your happiness. The idea that we will meet someone who makes us perfectly happy just by being there is as beautiful as it is unrealistic. And that's not all: if we suggest to our counterpart that he should please make us happy - then we give him enormous responsibility for our lives. Each of us is solely responsible for our own life - and therefore also for our happiness. So relationships shouldn't be created out of a lack, but rather as a kind of bonus. Otherwise, sooner or later, in the worst case, we will find ourselves in a dependency.

Instead, try to keep in mind that only you can shape your own life and thus also make a significant contribution to whether your life is happy or unhappy. Another person can have an impact on it, no question. But in the end you always decide what you do with the experiences from the interpersonal relationship.

You only ever see the negative. Be honest: Do you see the world positively, negatively or neutrally? Most of us often have negative glasses on to look at the world. As long as they take off their glasses, it's still within the natural range. Because, evolutionarily, bad outweighs good. Nevertheless, there are people who really only find everything pretty stupid. People who just find fault with everything and everyone. As a result, you can't really please them. No wonder that this can become a stress test for interpersonal relationships, right?

Instead, try to practice gratitude. As many reasons as there may be in the current world situation to complain extensively - there are certainly also reasons to be happy. It doesn't have to be anything big, a good conversation, a delicious meal or just the rays of the sun are enough. You just have to learn to recognize these little things.

They manipulate others consciously or unconsciously. Narcissists in particular are often said to ruthlessly exploit and manipulate their environment for their own purposes. But manipulation starts much smaller. For example, by consciously saying things in order to achieve a certain effect on the other person or by being silent to punish the other person. This is toxic behavior as it is written in the book and damages almost every interpersonal relationship for a short time or for a long time because the other part is controlled in his behavior by it.

Instead, try not to manipulate at all costs. Here, too, the means of choice is: Open communication of one's own needs and concerns. Anyone who succeeds in doing this no longer needs any tricks to fulfill their wishes, because together with their counterpart they can find a compromise in which, in the best case, both sides get their money's worth.

They behave disrespectfully and condescendingly. To make themselves look better, some people sometimes resort to disrespectful remarks and humiliation. They then put other people down in order to enhance themselves. However, this often happens so covertly, in the form of jokes or small teasing, that the other party does not notice it immediately. Ultimately, however, this has a poisonous effect on the other person's self-esteem - and thus also poisons the relationship.

Instead, try to treat your counterpart with respect. If you find yourself prone to making disrespectful jokes, think critically about your own motives. This is often based on a personal self-esteem problem. This is where it pays to start – instead of putting others down.

You always want to be in control. Trust is good, control is better. That's a saying that screams "I'm toxic". Trust is worth its weight in gold, especially in romantic relationships, but also in friendships and within families and colleges. If you instead tend to question everything critically and always want to have the last word, your behavior can have a negative impact on the relationship.

Instead, try to build a genuine relationship of trust and really rely on the other person. You may be disappointed by this. But most of the time you are positively surprised when you give other people a leap of faith. It's worth giving up control and just letting yourself be in the moment.

You can't handle criticism. Nobody is perfect. That's fact. That's why it's normal in an interpersonal relationship to step on someone else's toes without intending to. In a healthy relationship, one can then say so to the other and a compromise or apology is made. But there are also people who have an allergic reaction to criticism of any kind. They take even the most factual criticism personally and feel attacked. Instead of responding constructively, they then react with resistance or withdraw. A healthy basis looks different, of course.

Instead, try to see criticism for what it usually is: a message of need from your counterpart. Anyone who hurts others or crosses boundaries with their behavior should respond when pointed out. In most cases, the criticism also revolves around a specific situation. So it's rarely really about one's own personality, but rather about a mistake. And that happens every time.

They like to present themselves as heroes or saviors. Altruism is a quality that not only helps those around us, but also makes us feel good about ourselves. By helping others, we are doing something good for ourselves. First time no problem. But as soon as someone tries to present themselves as a savior in almost every situation or actively seeks out opportunities for alleged heroic deeds, it becomes toxic. In interpersonal relationships, this can be expressed, for example, in the fact that the financially better off repeatedly buys his partner things without being asked, in order to then emphasize how generous he is.

Instead, try to figure out what that hero status itself is supposed to give you first. Low self-esteem is often behind it. Out of the feeling of never being enough, those affected then want to prove to themselves that they are capable of great things after all. The truth is, no one is always a hero. We all make mistakes, say stupid things and sometimes behave really wrong. That's human. But the good news is that people would much rather be with other people than with superheroes.

You realized: "Help, I'm kind of toxic" - and now? First of all: As you can see, for each of the behaviors there is also a solution. And nobody is born with toxic relationship traits. These often arise on the basis of one's own hurtful experiences in the past. It is not uncommon for the root of all evil to lie in childhood. Because as children we learn how relationships work - or not. If we now notice that toxic properties are standing in our way and possibly even affecting our environment, then there is one thing we can do above all: work on ourselves and our relationships. 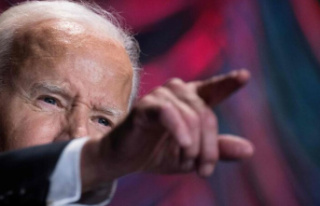 Who chooses how and what? : Fateful elections in the...