Science must transcend its racist past: Nature's guest editors speak out

Science is a human endeavor that is driven by curiosity and a desire to understand and shape the natural and physical world. 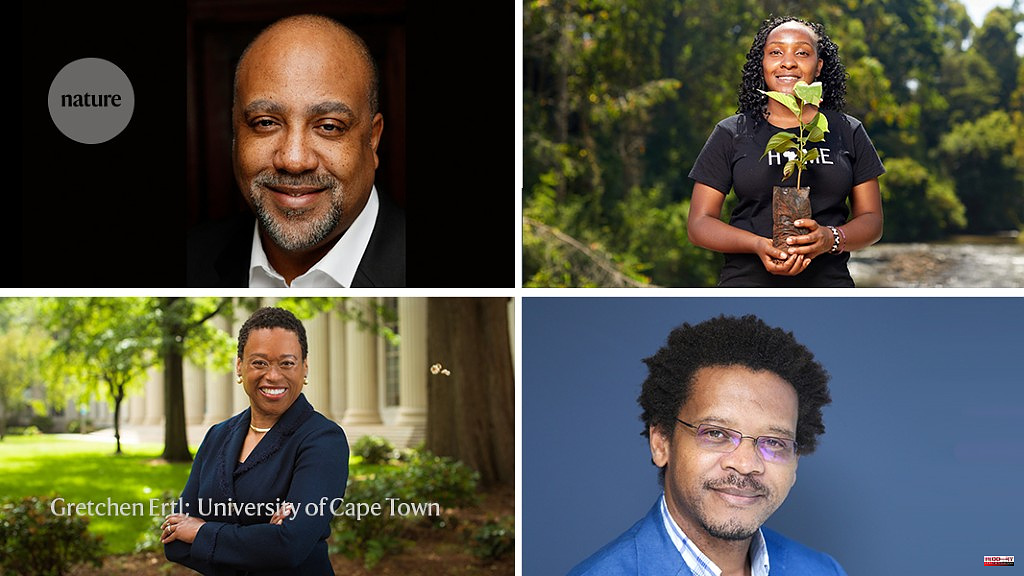 Science is a human endeavor that is driven by curiosity and a desire to understand and shape the natural and physical world. Science is also a shared experience. It is subject to both the best of humankind's imagination and creativity. European governments have supported slavery of African peoples and the subjugation or Indigenous peoples around the globe for centuries. A scientific enterprise was established during this period that supported racist beliefs and cultures. Science has been influenced by colonization, apartheid, slavery, forced labour, imperialism, and other forms of colonization.

Although decolonization was achieved through valiant and difficult freedom struggles, the original racist beliefs still reverberate today and are reflected in the policies and attitudes that govern the participation of individuals in modern, global scientific enterprise. We believe that racism has contributed to a lack in diversity, equity, inclusion, and marginalization of Indigenous communities and African diasporic peoples in science at a national as well as global scale.

Because science and racism have a common history, scientists, institutions of science and influential supporters of science directly or indirectly supported core racist beliefs. These included the belief that race is a determinant human traits and capabilities (such as the ability build civilizations) and that white people are superior because of their racial differences. Even though the most extreme forms of racism are illegal, racism continues to be a problem in science and impacts diverse communities around the world. Nature was one of those institutions that pledged change after the murder of George Floyd and the expansion into science of the Black Lives Matter movement, and it was also among the first to respond. It stated in an Editorial that "the enterprise of science has been --and remains -- complicit with systemic racism and must work harder to rectify those injustices and amplify marginalized voices."

Nature invited us as guest editors. We were asked to help with the production of special issues on racism and science. The first issue is due to be published in the latter part of the year. Although we accepted the invitation, we recognized the immense challenge. How can we define scientific culture, race and racism? How can we create a coherent analysis framework that allows us to analyze how racist beliefs in European colonial or post-colonial societies affect scientists today in countries that were once colonized? And how racism affects scientists of Indigenous, African, Central, and South American heritage who are residents and citizens of ex-colonial powers?

We will pursue honest dialogue and give voice to scientists most affected by racism in science. We also aim to inspire hope and optimism. Our goal is to show some of the many successful scientists who are Black and Indigenous, People of Colour and highlight best practices and lift-up' programmes. We also want to showcase initiatives that enable full participation and scientific leadership of African, Indigenous, and diasporic communities all over the globe.

These articles will focus on key discoveries and events, drawing from both the scholarly literature as well as from personal experiences. The content will explore the systemic nature and causes of racism in science, including institutions such as government, academia, the private sector, and the culture of science. This can either lead to an illusion or unconscious bias, or to defiant practices that oppose inclusion. Articles will incorporate all the relevant media formats and include expert commentary and analysis as well as primary research publishing and engagement. They will also have strong visual components.

This Editorial, the first Nature to be signed by outside authors, is a contribution towards a long, often difficult but ultimately rewarding process for the journal, its readers and, we hope for its publisher. Because meaningful change takes time, it will take a long time to recognize and eradicate racism. It will be hard because powerful institutions will have to admit that they must be accountable to people with less power. It will enrich science and be rewarding. It is important because it concerns truth, justice, and reconciliation -- the foundations of all societies. Scientists know that there are always problems in historical records. Scientific rigour, scientific integrity, and scientific accuracy demand that these be acknowledged and corrected if possible.

How can we prove that science has promoted racist ideas? It is documented in the published scholarly records. Francois Bernier was a French physician who worked at the court of the Mughal Emperor Aurangzeb 350 years ago. He attempted to establish a hierarchy of people based on their skin color, religion, and geography.

These ideas were popularized during colonization's peak period in the 1800s and early 2000s. Francis Galton, an English statistician and statistician, invented the term "eugenics" in 1883 to describe the study of human development through genetics, selective breeding, and other methods. Galton also created a racial hierarchy in which whites were considered superior. He stated that the "average intellectual standard of a negro-race is about two grades lower than ours (the Anglo Saxon)."

Charles Darwin was against slavery, and argued that all humans share a common ancestor. However, he also supported a hierarchy between races with whites being higher than other people. Darwin describes the "gradations between the highest men of the highest race and the lowest savages", in The Descent of Man. To describe Indigenous and Black people, he uses the term'savages'.

James Watson, Nobel laureate and codiscoverer the DNA double-helix, stated that Black people are not as intelligent as whites in our current times. Charles Murray and Richard Herrnstein, a psychologist and political scientist, claimed that genes were the primary determinant of intelligence in America. They also said that different IQ scores resulted from African Americans having higher IQ scores than European Americans.

Scientists agreed by 1950 that race was a social construct, not a biological phenomenon. Scientists affirmed this in a statement published that year by the United Nations science and education agency UNESCO (see go.nature.com/3mqrfcy). This assertion has been confirmed by subsequent research that shows there is no genetic basis to race. Humans share 99.9% of their genes and are from Africa6,7. There is more genetic variation between 'races' than there is between them.

It is important to research race and science. These ideas have influenced science. They also became appealing to decision-makers with terrible consequences. To justify and justify colonization and/or slavery, those in power used science, scientists, and other scientific institutions.

Take Thomas Jefferson, third president of the United States, who wrote the Declaration of Independence of 1776. Jefferson is widely believed to have been one of the founding fathers of liberalism as well as the idea of meritocracy. This declaration contains some of the most famous English words: "All men are created equally." Jefferson was both a scientist as well as a slave owner. He believed that people of African descent were less than whites.

Arthur de Gobineau, a French diplomat and social theorist, wrote an essay in the mid-nineteenth Century defending white supremacy8. De Gobineau believed that all civilizations are derived from the white race, and that no one can exist without it. He believed that civilizations collapse when people mix. He classified people according to skin color and social background in order to further his theory. White aristocrats were the highest, while Black people were the lowest. De Gobineau's ideas, along with Galton's, influenced the creation of Nazi ideology. Eugenics was supported by many world leaders and contributed to slavery and apartheid, colonization and the subsequent genocide.

Many states in the United States passed eugenic sterilization legislations during the first decades of the 20th century. North Carolina, for example, passed eugenic sterilization laws in 1929. By 1973, the state had involuntarily sterilized approximately 7,600 people. These laws were originally intended to be used against white men who had been sentenced for mental-health disorders, crimes or mental disabilities, but they were later extended to Black women receiving welfare benefits. Between 1950 and 1966, North Carolina's Black women were sterilized at a rate that was three times higher than white women and twelve times more than white men.

Sometimes, colonization is still defended by the argument that it brought science and technology to previously-colonized nations. These arguments are based on two problematic assumptions: Europe's knowledge is superior to all other knowledge, and non-European cultures have contributed little to the scientific and academic record.

These views are clear in the case Thomas Babington Macaulay. He was a colonial administrator and historian in India during British Empire. He famously wrote in 1835, "A single shelf of an excellent European library is worth the entire native literature of India or Arabia." These words were not idle. These and other arguments were used by Macaulay to stop funding for India's national languages such as Sanskrit and Persian. He claimed that these languages taught "false history", astronomy and medicine. Instead, Macaulay advocated teaching English language and science. While some might wonder what is wrong in teaching science and English, the context does matter. Macaulay stated that his intention was not to promote scholarship but to educate people who would aid Britain in its Imperial rule.

This has had devastating effects on colonized countries. This has resulted in future generations in Africa and Asia not knowing the unbroken history of knowledge contributions by their countries, even after decolonization. Currently, most of the research to discover non-Western scholarship takes place at the universities and research centers of high-income nations. This is not satisfactory as it increases the power imbalance in research, especially in collaboration projects between high-income, low- and mid-income countries. While there is much talk about 'local ownership,' the truth is that high-income researchers have much more control over setting and implementing research agendas. This has led to documented instances of power abuse.

Historical racism and power imbalances are also reflected in the funding of research and publishing systems in high-income countries. The main US funder of biomedical sciences, the National Institutes of Health (NIH), recognizes structural racism in biomedical research. The funder is working to close the gaps. However, not all high-income countries' funding institutions are aware of or acknowledge structural or systemic racism within their funding systems and scholarly communities.

After Floyd's assassination in 2020, there was a wave of anti-racism statements. Researchers, universities, publishers, and individual journals like Nature published statements supporting science's elimination of racism. The journey from words to actions has been slow, and in some ways, it is barely measurable, two years later.

Nature's forthcoming special issues, its invitation for us to be guest editors, and its continuing coverage of racism and science are essential steps to inform, stimulate debate, and ultimately seek solutions-based methods that restore truth, trust, and seek justice.

Because every alternative is worse, we must hope for a better future. Solutions must acknowledge the reasons for their necessity. Through slavery, colonization, apartheid, and continuing prejudice, racism has caused injustices against millions. It is important to understand and analyse racism in science so that it does not happen again.

1 In Ukraine, science continues despite the air raids... 2 To protect the economy and the climate, we need to... 3 To prevent a biodiversity crisis, cash and action... 4 Kevin Demoff, Rams' COO, is "optimistic"... 5 Lessons from Japan on COVID: The right messaging empowers... 6 Nature journals set new standards for gender reporting... 7 Giuliani was 'drunk' when he recommended... 8 Disaster in the New York stock market, which enters... 9 Patent law is being broken by artificial intelligence... 10 They cannot all be ruled by one statistical analysis... 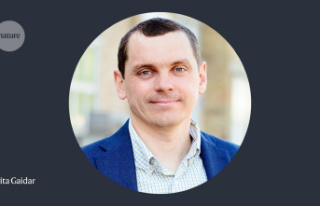 In Ukraine, science continues despite the air raids...