Schröder rectifies and leaves his management position in the Russian Rosfnet

The pressure exerted by the German Government and the European Parliament seems to have had an effect. 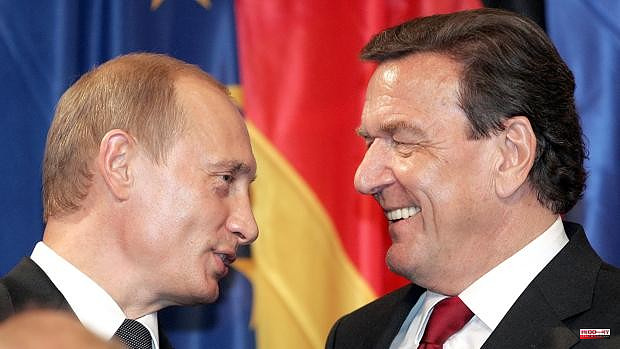 The pressure exerted by the German Government and the European Parliament seems to have had an effect. Former German chancellor Gerhard Schröder wants to leave his position as chairman of the supervisory board of the Russian oil company Rosneft, a position for which he is paid 600,000 euros a year. According to company sources cited by German media, Schröder has communicated that it is impossible for him to extend his mandate on the board and has not given more details. This is known one day after the Budget Commission of the German Bundestag yesterday decided a severe cut in the resources that Schröder continues to receive from the German State, as former chancellor, and which include a personal income of more than 7,000 euros per month and a office with staff whose budget exceeded 400,000 euros in 2021.

The background to all this reassessment of Gerhard Schröder's public and private activities is the Social Democrat's refusal to give up his posts in Russian companies despite the war in Ukraine. At the same time that he rectified and communicated his departure from the Rosfnet board, Schröder has decided to launch a legal battle against this cut, agreed by the members of the "traffic light coalition" that forms the Berlin government, headed by his own party, the SPD . The former German chancellor wants the recent decision of the Budget Commission to be legally examined and has put the case in the hands of constitutional lawyer Michael Nagel, from Hannover, who "will check the legality of the entire process." Nagel already defended former federal president Christian Wulff in the process of accepting possible privileges.

“Yes, there is some concern in the coalition that the decision may be legally vulnerable. Removing the privileges of a former chancellor is unprecedented. In various rounds of negotiations, the traffic light coalition sought a way so that its decision did not appear to be an act of political arbitrariness, but rather a rule that should be applied to all former chancellors in the future", comment sources from the Social Democratic Party, who for their part has opened an expulsion process against Schröder. The parliamentary decision avoids any reference to Schröder's functions in Russian companies.

Instead, it is established that the privileges of former heads of government should be linked to the "permanent obligation of the position and responsibilities in force" and not be granted based on status. This means that former chancellors should no longer be granted privileges automatically, but only if their actions and activities are consistent with the general duties of a former chancellor. However, it remains entirely open how exactly a "continuing office obligation" is defined and who determines when it is fulfilled or violated. Among other things, it has not been clarified what activities would not yet be problematic for former chancellors and how to measure which jobs conflict with the duties of a former chancellor.

The committee has advised the federal government to examine whether further specifications are needed. The European Parliament also voted yesterday with a large majority in favor of EU sanctions against Schröder in case he did not resign from his posts in Russian companies, thus putting pressure on the President of the Commission, Ursula von der Leyen, and the representative of Foreign Affairs, Josep Borrell, to include Schröder on the EU sanctions list, in order to freeze his assets.

1 McDonald's sells its Russian franchises to a... 2 Denial of abortion in Croatia: "If he is born,... 3 Sánchez will meet in Davos with Intel, Qualcomm,... 4 The governor of the Bank of Spain appears in Congress... 5 The Government, open to assessing the extension of... 6 Alonso: "We want to change the dynamic in Barcelona... 7 Christian Dubé candidate in the next elections 8 They demand that Colau rename the Plaza Països Catalans... 9 An off-duty local police officer prevents a gender-based... 10 The Basque Government authorizes the third degree... 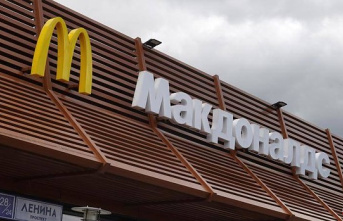 McDonald's sells its Russian franchises to a...