Scholz responds to those who call him timid: "I am not Kaiser Wilhelm"

The German Defense Minister, Christine Lambrecht, has confirmed that Ukraine will receive the first 15 Gepard armored tanks in July, coming from German industry stocks and whose delivery to kyiv was announced on April 26. 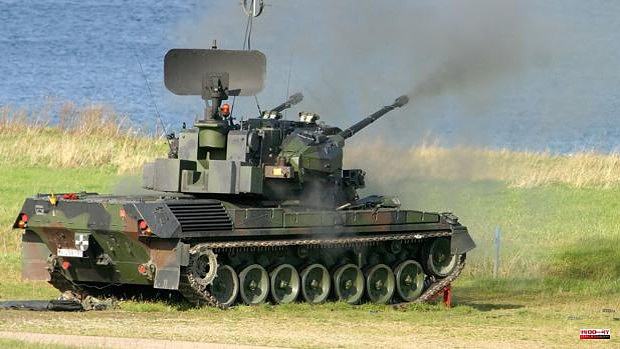 The German Defense Minister, Christine Lambrecht, has confirmed that Ukraine will receive the first 15 Gepard armored tanks in July, coming from German industry stocks and whose delivery to kyiv was announced on April 26. Since then, the shipment has been repeatedly delayed due to "lack of ammunition stocks" and, if Lambrecht now finally sets a date, it is only after a dramatic telephone conversation with the Ukrainian Defense Minister, Olexiy Resnikov.

According to sources in kyiv, Resnikov “begged Germany to be honest about whether and when his army will finally be able to count on the German weapons promised almost a month ago”, information he needs to formulate his strategy.

"Our impression is that Scholz really does not want to send heavy weapons and pulls back as much as he can, although in the face of the Western gallery he presents himself as a great supporter of Ukraine," Ukraine's ambassador Andrij Melnyk complained in Berlin.

The German chancellor, for his part, has gone to the Netherlands to say, escorted by Mark Rutte, that he will not send the dozen shells that Ukraine is also asking for, because "they cannot simply be made available", and has defended himself against the abundant criticism of the Gepard delay, bringing up the threat of a European escalation of the conflict and of a nuclear war, which in his opinion justifies the leaden feet.

“I am not Kaiser Wilhelm”, he has recently said within a commission of the “traffic light coalition”, in which he governs supported by Liberals and Greens, both parties more inclined to quickly send military support to the Ukrainian resistance than the hesitant Scholz. He was referring to Wilhelm II, who promised German support for Austria-Hungary on July 5, 1914 and, after Austria-Hungary's ultimatum to Serbia (July 23) and the declaration of war on Serbia (July 28) , was forced to enter the conflict, while Russia, as an ally of Serbia, mobilized its army and launched the First World War.

Numerous historians have come out of this comparison to recall that the correspondence with the Russian Tsar shows that William II tried to prevent the outbreak of war and did not happily abandon himself to the chaining of alliances, giving rise to a new national historical debate on the German refusal to grow in foreign policy and to exercise European leadership, which it continues to leave in the hands of the US in this crisis. Russian imperialism: "Pacifism of subjugation."

German hesitations have consequences on Ukrainian soil. Zelensky has repeatedly called for "adequate weapons so that we can get to Mariupol to free these people" and has been forced to desist. Even former NATO Secretary General and Danish Prime Minister Anders Fogh Rasmussen has criticized German caution, which he considers "too hesitant in supplying heavy weapons and imposing sanctions." "Of course, Germany is highly dependent on Russian gas imports, but I think a clear stance from the government in Berlin would change the whole dynamic in Ukraine and we need German leadership," he said in an interview with the German salmon daily Handelsblatt. .

"The danger is that Berlin will continue to stall until they no longer have to send anything because the war is over," says the Ukrainian deputy Kmytro Natalukha, who has traveled to the German capital along with a delegation of parliamentarians from several Central European countries to try to speed up the shipment of arms. This is the "United for Ukraine" initiative, which also includes former Lithuanian head of government Andrius Kubilius and Czech senator Pavel Fischer. "Unfortunately, Germany wastes time and finds all kinds of excuses," the former deputy head of the Ukrainian government, Ivanna Klympush, laments at the Brandenburg Gate, "and every hour of delay costs Ukrainian lives."

1 To Seville with conviction and determination 2 Joe Biden, Mark Zuckerberg, Morgan Freeman... Russia... 3 A good challenge for the Rocket offense 4 PSG: Kalimuendo and Sarabia will be champions of France,... 5 Women's OL-Barça: Amandine Henry's strike... 6 Unlimited general strike at the Casino de Montréal 7 Rueda calls for "unity" and "humility"... 8 Provisional prison for the detainee for stabbing the... 9 Robotic surgery performed for the first time in Spain... 10 The Rojas Theater registers 24,238 spectators in 2021,... 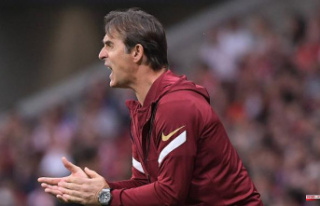