It is no longer a secret that German Chancellor Olaf Scholz could travel to Ukraine this week, possibly on Thursday, to stop being one of the few European heads of government who has not made the pilgrimage to kyiv in support against Russia. 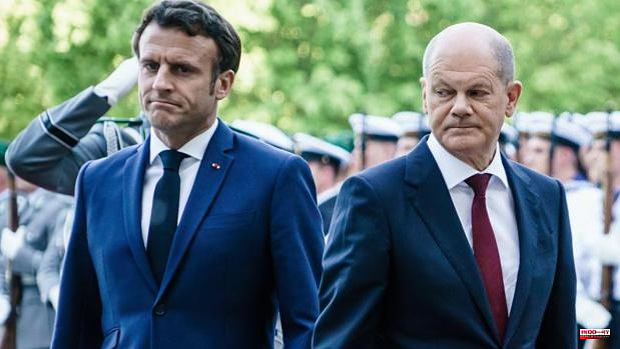 It is no longer a secret that German Chancellor Olaf Scholz could travel to Ukraine this week, possibly on Thursday, to stop being one of the few European heads of government who has not made the pilgrimage to kyiv in support against Russia. What the German Foreign Ministry neither confirms nor denies, but transcends from diplomatic sources, is that Germany is carrying out negotiations with various gangs to try to organize a joint visit by Scholz, Emmanuele Macron and Mario Draghi.

From the environment of the chancellor the lack of transparency of this project is justified for security reasons. And they add that intense work is being done to tie up many loose ends because "it is not about going there just for a brief photo session", implying that the triplicate visit would have European political content if it were to take place.

The three politicians represent the three most important EU countries and the Ukrainian government hopes that they will come with gifts in the form of commitments on arms deliveries and on Ukraine's accession to the EU. This content must be previously agreed and that is the reason why the trip of the three together may not finally take place.

The mood in which Scholz was to meet with Ukrainian President Volodymyr Zelensky could be felt yesterday in an interview with German public television ZDF. The Ukrainian president exhibited a mixture of conciliation and severity in which he did not notice criticism of the German policy regarding the invasion of Ukraine. To begin with, he referred to the fact that "long before Scholz became chancellor, there was already a skeptical attitude between the governments of Germany and Ukraine", which can be understood as a blow to former chancellor Angela Merkel, who ruled until December and that during the four previous legislatures it maintained a policy of appeasement with Russia.

Then, referring more specifically to Scholz, who was also part of Merkel's grand coalition governments, Zelenzki declared that "both he and his government must make a decision: there can be no balanced policy between Ukraine and Russia." . In other words, the Ukrainian president demanded more toughness from Germany towards Russia, in addition to lamenting the "unjustifiable slowness" in the deliveries of weapons that Germany promises to the Ukrainian army.

Scholz defends himself against this accusation by drawing on government arguments. If the promised heavy weapons have not yet been delivered, it is because they are modern weapons that require specific training and Ukrainian soldiers are being trained for this on German soil, as announced from the beginning. “This is really heavy equipment. You have to be able to use them, you have to be trained for it”, have been the words of the German Chancellor, “we will hand over all the approved weapons”. Ukraine's ambassador to Germany, Adriy Melnyk, however, continues to complain that German deliveries are still "extremely slow".

Added to this are weapons and military equipment from the Bundewehr for 45.1 million euros, finally approved in a simplified procedure as of April 1 and that kyiv continues to desperately await, due to its need for defense against the Russian army. . Since the beginning of the war, anti-tank missiles, anti-aircraft missiles, fragmentation grenades and more than 20 million rounds have been sent, but still none of the heavy weapons promised, such as artillery pieces and anti-aircraft tanks.

In order to receive Scholz, Macron and Draghi together, Zelensky also demands a gesture of openness towards the rapid entry of Ukraine into the EU, and at this point he encounters a serious obstacle, not only from the government but also from German public opinion. . In contrast to the Balkans, where Brussels is mostly urged to accept Ukraine's candidate status as soon as possible, only 45% of Germans support Ukraine's entry into the EU in the polls, while 42% oppose and 13% are undecided, according to the latest poll. The East Germans, traditionally more pro-Russian, are more reluctant, up to 60% oppose it. Last week, at his first bilateral, Slovak Prime Minister Eduard Heger asked Scholz to reconsider his refusal on the matter, but to no avail. The German government is adamant that "there can be no shortcuts." 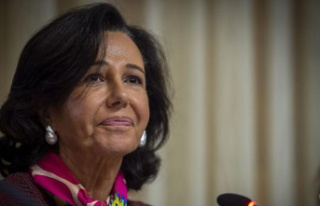