Scholarships of 500 euros per month to oppose the judicial, prosecutor and forensic career in the Valencian Community

The Generalitat Valenciana will grant aid of 500 euros per month, between September 1, 2022 and June 30, 2023, to oppose the judicial, prosecutorial and forensic career. 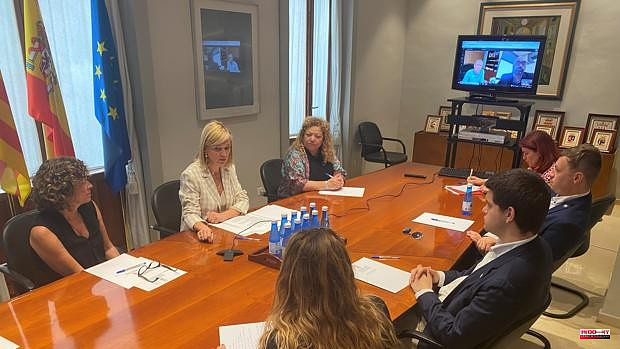 The Generalitat Valenciana will grant aid of 500 euros per month, between September 1, 2022 and June 30, 2023, to oppose the judicial, prosecutorial and forensic career. This first call includes thirty scholarships to prepare access to the Judicial and Prosecutorial career, twenty-five for the Lawyers Corps of the Administration of Justice, twenty for the Corps of Forensic Doctors and another twenty for the Procedural and Administrative Management Corps.

This was announced this Tuesday by the Minister of Justice, Interior and Public Administration, Gabriela Bravo, and the Minister of Innovation, Universities, Science and Digital Society, Josefina Bueno, after a meeting with the deans of the Law faculties of Alicante, Valencia, Elche and Castellón, as well as with the vice-chancellors' offices for students and student representatives from the different academic institutions.

Applicants for one of the grants will have to be under thirty years of age, residing in the Valencian Community, prove that they are in possession of the corresponding academic degree with an average grade of notable. Also have the address of a specialized center or person who certifies that they are preparing an opposition and not have a level of income per family unit greater than three times the public indicator, which right now is around 20,800 euros per year.

Bravo has pointed out that with this scholarship program "we want to correct the obstacles that may hinder access to certain positions under equal conditions, so that the economic cost of preparing an opposition does not represent a barrier to accessing these positions."

He also added that "the economic situation cannot be an obstacle that prevents us from preparing an opposition that, due to its special characteristics, implies a considerable effort in terms of time and money."

"For this reason we have followed in the footsteps of the 500 Program, which is a project that we launched in 2019 for which we grant 500 euros per month to young graduates to prepare oppositions for the A1 bodies and scales of the Generalitat", has indicated. In these three years of operation, scholarships have been awarded to a total of 319 people.

For her part, Minister Bueno assured that this scholarship "is a measure that we consider necessary, because it means giving more opportunities to young people." And he added: «It is in line with other measures that the Valencian Government is already implementing, such as the reduction of university fees and that demonstrate that firm commitment to university education and above all because no student is left out, or is left without completing their training for economic reasons".

For this first call, an item of 500,000 euros has been foreseen. The request can be submitted through the link on the website of the Ministry of Justice. The term closes next Wednesday, June 22.

1 The PSOE and the PP reject the deletion of the term... 2 The museums of the Valencian Community will exhibit... 3 Scotland announces an independence referendum for... 4 Map of the provinces with the most expensive gasoline 5 Daron Payne: Talks between my agent, my coach and... 6 Drama in the world of K-Pop: BTS announce a "temporary"... 7 Report: It appears "likely" that Roger Goodell... 8 Report: Robert Quinn is not expected to attend Bears... 9 Mike McCarthy believes Dak Prescott will be running... 10 Brief history of Galician wine: from the triumph of... 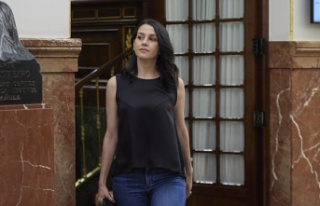 The PSOE and the PP reject the deletion of the term...