Íscar warns that the longer it takes to extend broadband, the more difficult it will be to retain young people

The president of the Provincial Council of Valladolid, Conrado Íscar, yesterday called for the arrival of broadband to all towns in the province, while warning that the longer it takes to arrive, the more difficult it will be to retain the young people who “they are still in our villages. 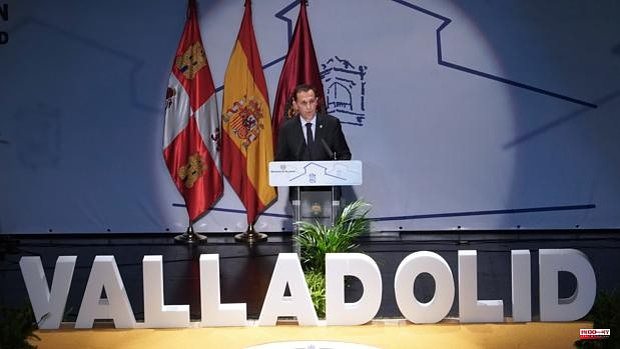 The president of the Provincial Council of Valladolid, Conrado Íscar, yesterday called for the arrival of broadband to all towns in the province, while warning that the longer it takes to arrive, the more difficult it will be to retain the young people who “they are still in our villages. It will be losing the present and the future.

Íscar, who expressed confidence in the commitment of the Government of Spain and the Junta de Castilla y León to make connectivity a reality, and in addition to offering the collaboration of the Provincial Institution, stressed that "where there is no high-capacity connection, there will be no future.”

In his speech on the occasion of the Day of the Province, celebrated this afternoon in Íscar, the president of the Provincial Council also called on the Government to attend to one of the historical demands and implement a fair, sufficient and stable financing system for local administrations , since as long as this does not occur, "the mayors will have to continue pulling imagination to carry out the many projects that we have in our minds to improve the quality of life of our neighbors," reports Ical.

In his speech, Íscar also denounced the difficulties of the town councils in finding secretaries due to the lack of qualified nationals, a problem that, as he explained, is only in the hands of the Government of Spain to solve, expanding the call for vacancies so that the important figure is covered casualties caused by a high number of retirements in recent years.

In turn, within the criticism section, he referred to the European Recovery Funds, of which he said that "we have not finished seeing in our towns."

On the other hand, Conrado Íscar took advantage of the act to value the work of the mayors and councilors and argued that in an increasingly polarized Spain, the mayors of the towns of the province of Valladolid are the first to "roll up their sleeves and work on the defense of their peoples. In this sense, he stressed that in the last three years they have been able to manage the chained crises with solvency and recognized that for him the greatest satisfaction of politics is "working with you".

Íscar, who also thanked all the employees of the Provincial Institution for their work, also took stock of his management throughout the current legislature, highlighting that the funds allocated to social services have increased by more than 20 percent, in especially in areas as important as Home Help.

At the same time, he also made reference to housing plans for young people, to services such as minimum commerce or the new mobile banking, which is already in process and which, as he announced, could start operating in the coming weeks. In addition, he stressed that social policies represent more than half of the budget of the Diputación and also indicated that in the last three years almost 20 million euros of extraordinary contribution have been allocated to municipalities through programs such as the Shock Plan, the different Plans V, the plan to deal with the rise in energy or the extraordinary investment plan in municipalities with fewer than a thousand inhabitants.

In this chapter, he also valued the increase by the Diputación of its contributions to the Provincial Plans, "which we have returned to finance alone", or the economic reinforcement of the Freedom of Expenditure Plan.

1 An elderly woman dies after being run over in the... 2 Is the 20-cent fuel discount really necessary? 3 Marin sees a PPVox pact, because Moreno "wants... 4 How Chinese airline ticket scalpers overtook the Chinese... 5 Putin promises not to attack from the sea the Ukrainian... 6 'Firewater' for dessert? Moutai, a Chinese... 7 According to the GAD3 survey, Vox will win but the... 8 A judge blocks a website which pirated newspapers... 9 After the effects of the rains in the enclave, Los... 10 "With just one pill per week, we can achieve... 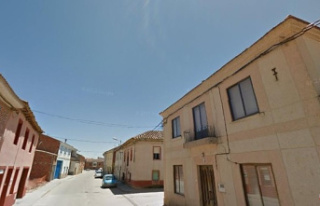 An elderly woman dies after being run over in the...